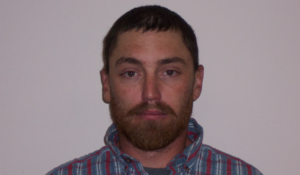 BILLINGS – One of two men accused of decapitating a man they met at a casino the same night in 2017 admitted the killing Monday.

According to court documents, 34-year-old Jeffery Glen Haverty of Billings pleaded guilty in Yellowstone County District Court to deliberate homicide with a weapons enhancement in the death of Myron Wesley Knight in October 2017.

Haverty and co-defendant Donald Ray Cherry, 32, were both charged with deliberate homicide.

This plea came before Haverty was set for trial in July. Cherry’s trial is still scheduled for July.

According to court documents, under a plea agreement, prosecutors recommend that Haverty spend at least 50 years in Montana State Prison and a maximum of 110 years.

Haverty and Cherry were both booked at the Yellowstone County jail on Nov. 18, 2017, on a charge of deliberate homicide.

The body of 41-year-old Knight was found beheaded and wrapped in a carpet in West Billings on November 15.

A pair of trappers were scouting the area near Gabel Road and South 32nd Street West when they discovered the body.

While the initial autopsy report said Knight likely died of blunt force trauma, the state medical examiner says it is more likely than not he was still alive when he was decapitated.

According to court documents, the two men met Knight at Montana Lil’s Casino, where Knight was a regular customer in late October.

Before he left the casino with the two men, Knight told staff to hold on to his winnings, $120, in case the two tried to rob him.

He also told staff if he did not come back the two men were responsible.

After leaving the casino, documents say the three men made their way to Haverty’s campsite, which is where the body was found.

Cherry’s girlfriend, who says she was with the three men at the campsite, told investigators that she left for about 15-20 minutes. When she returned, Knight was bleeding and appeared to be dead, she told police.

She told investigators she watched as Haverty and then Cherry used a knife to cut off his head.

She says Cherry told her Haverty attacked Knight with a hammer after he tried to rob him and he only had $6.

The agreement states that the Haverty will give a full and truthful statement to law enforcement about the crime. He also agreed to testify against Cherry.

Both Haverty and Cherry are being held at the Yellowstone County Detention Facility.

Haverty’s sentencing date has not yet been set.