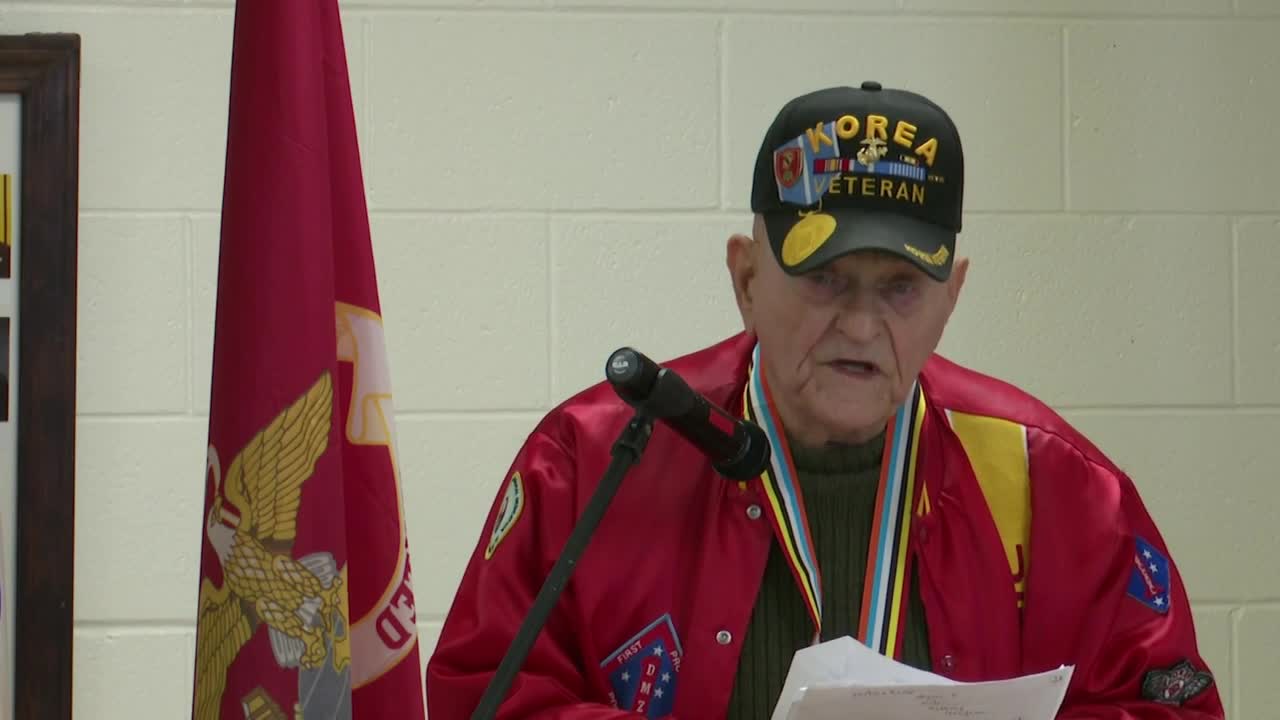 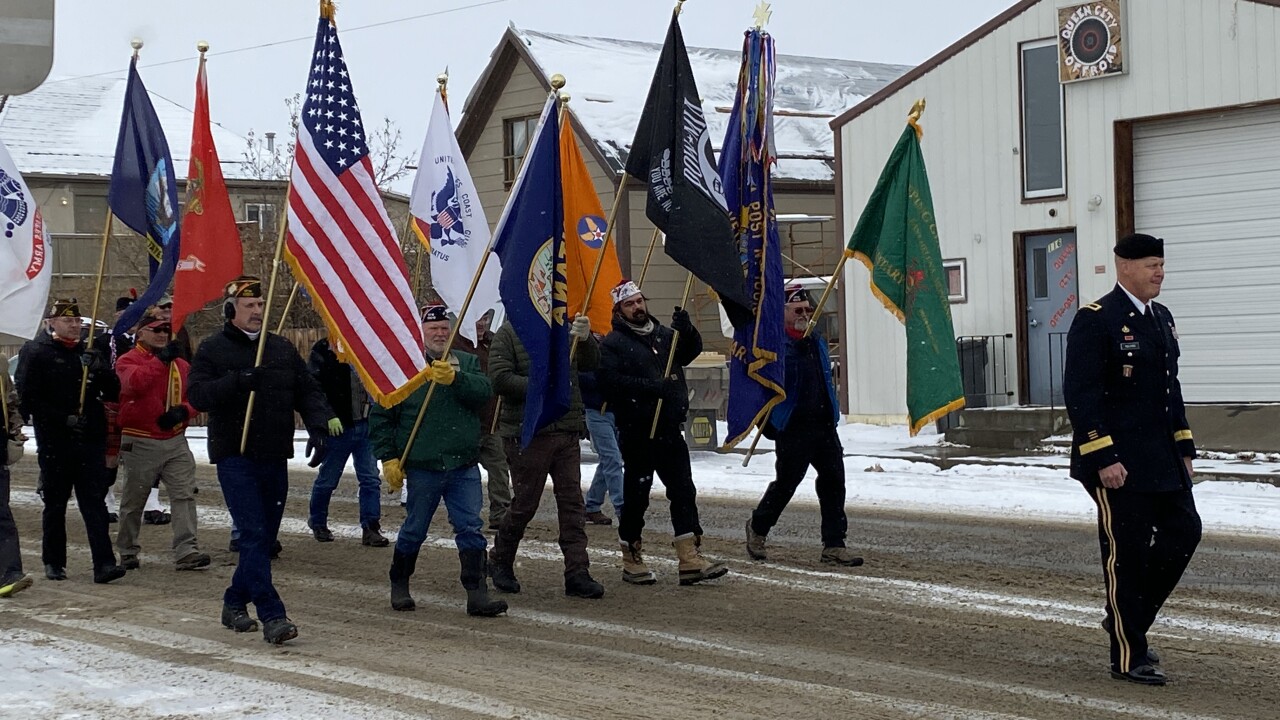 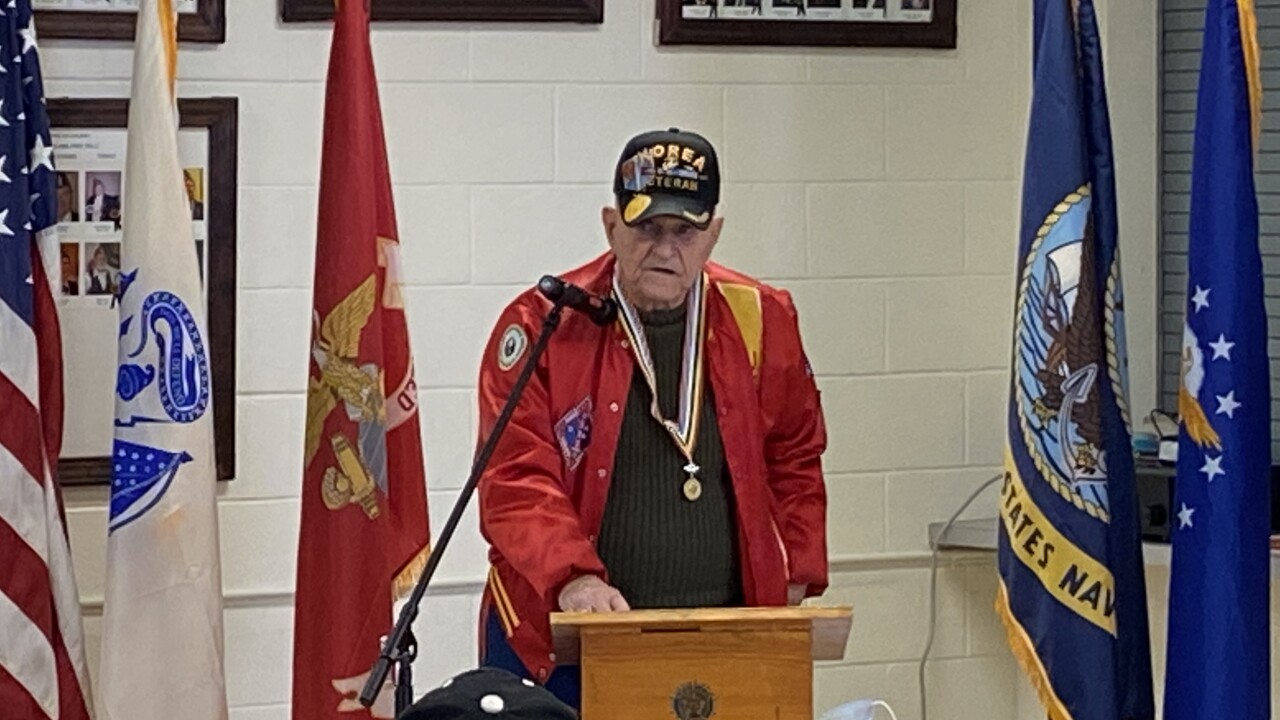 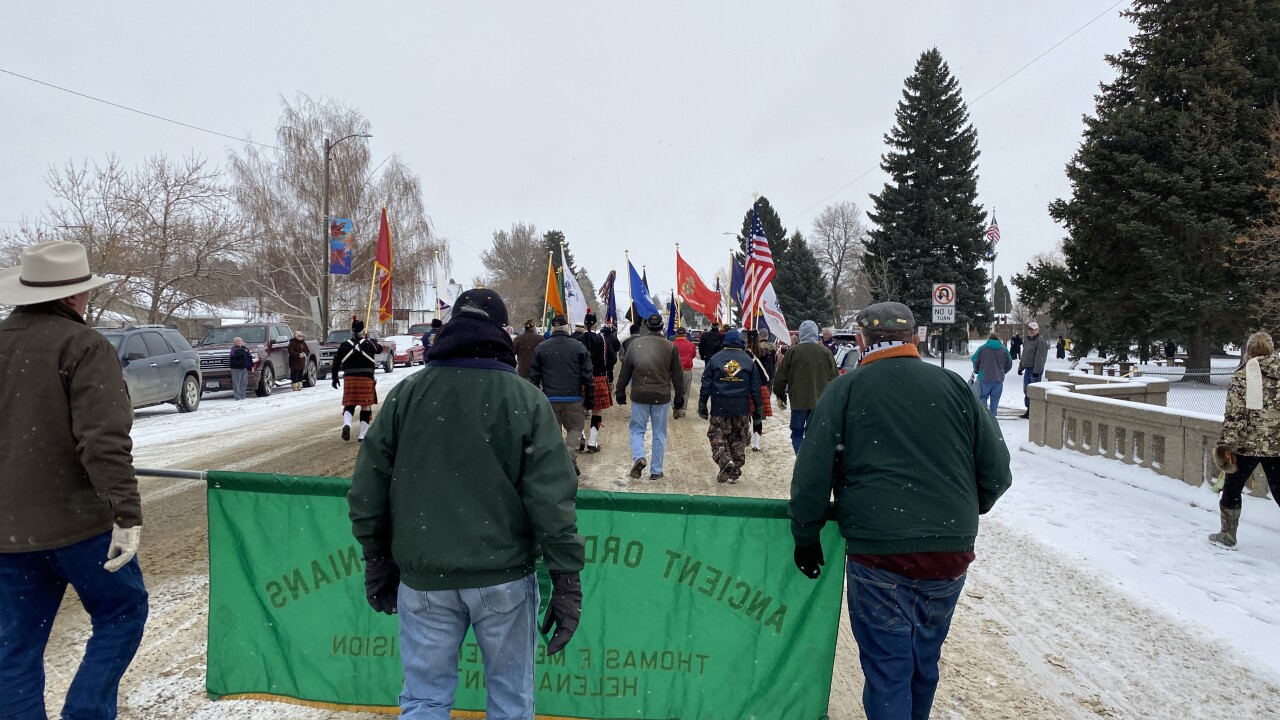 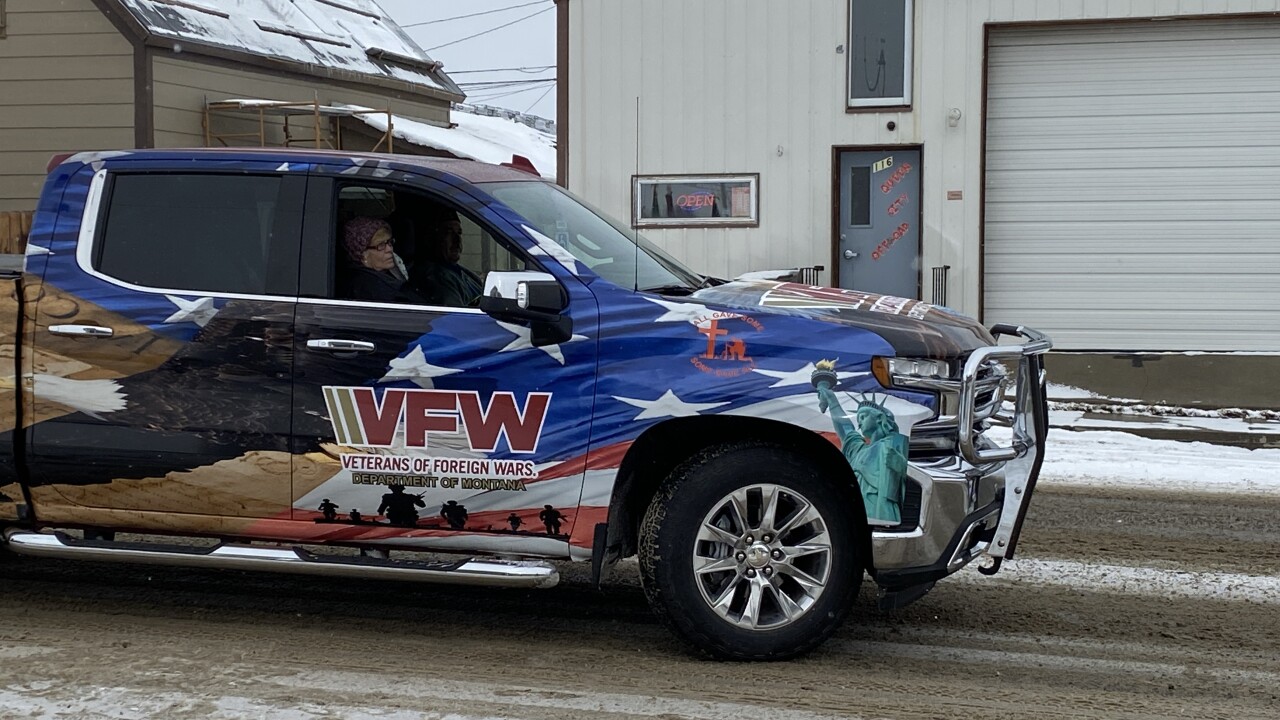 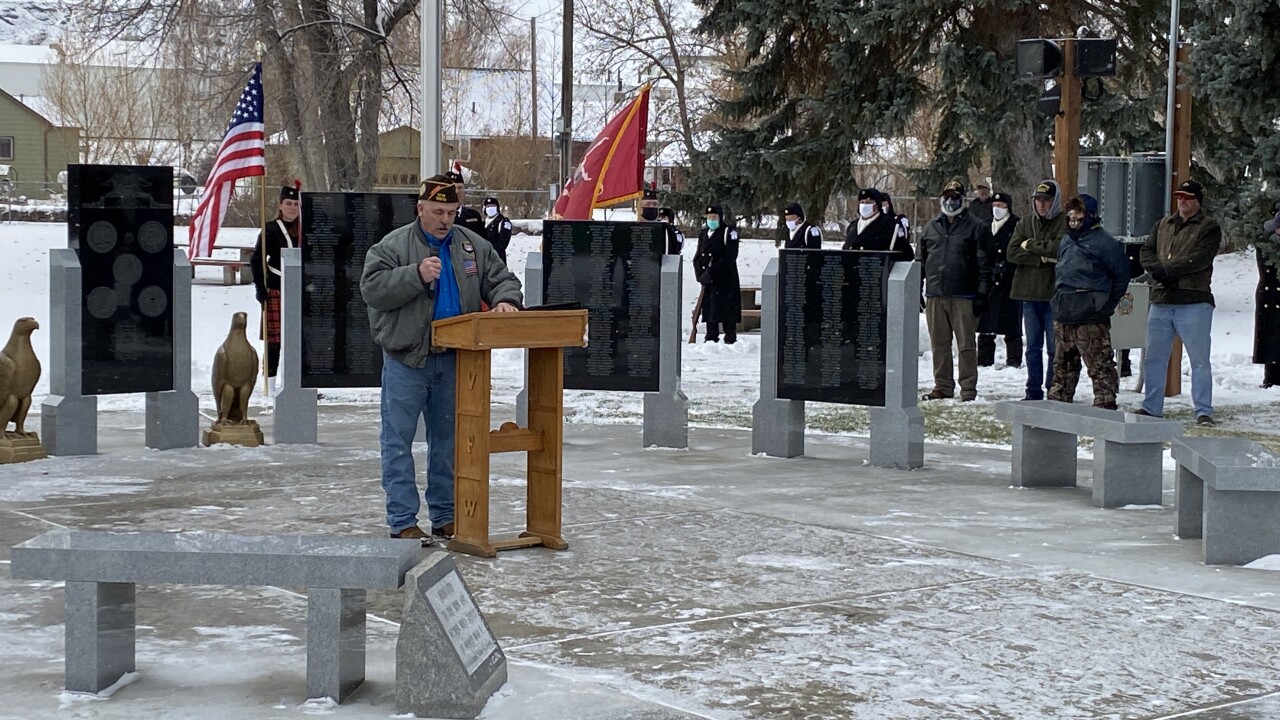 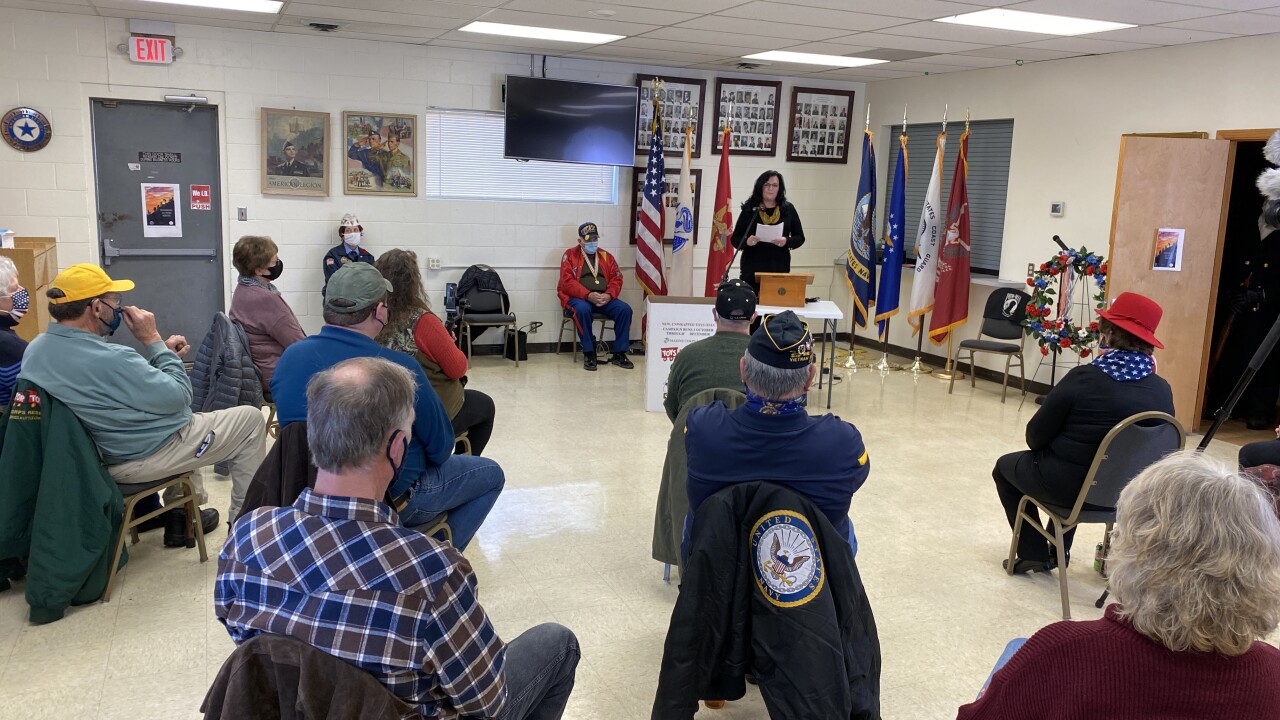 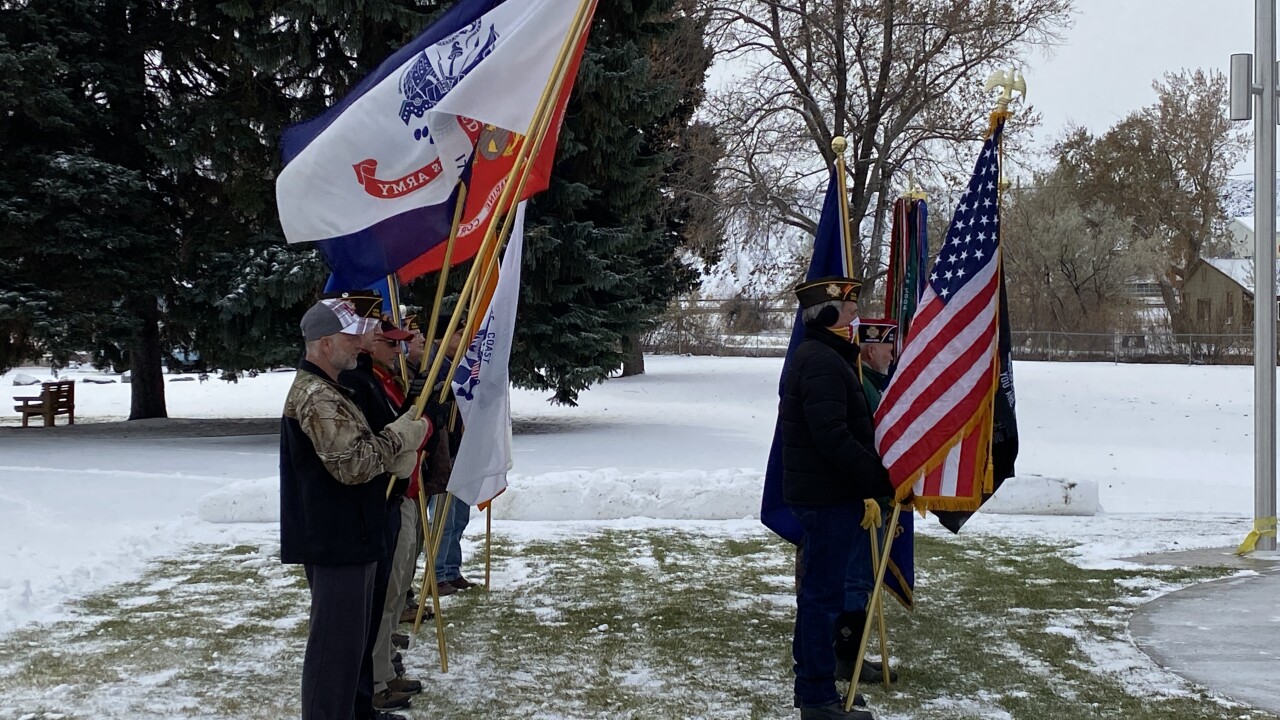 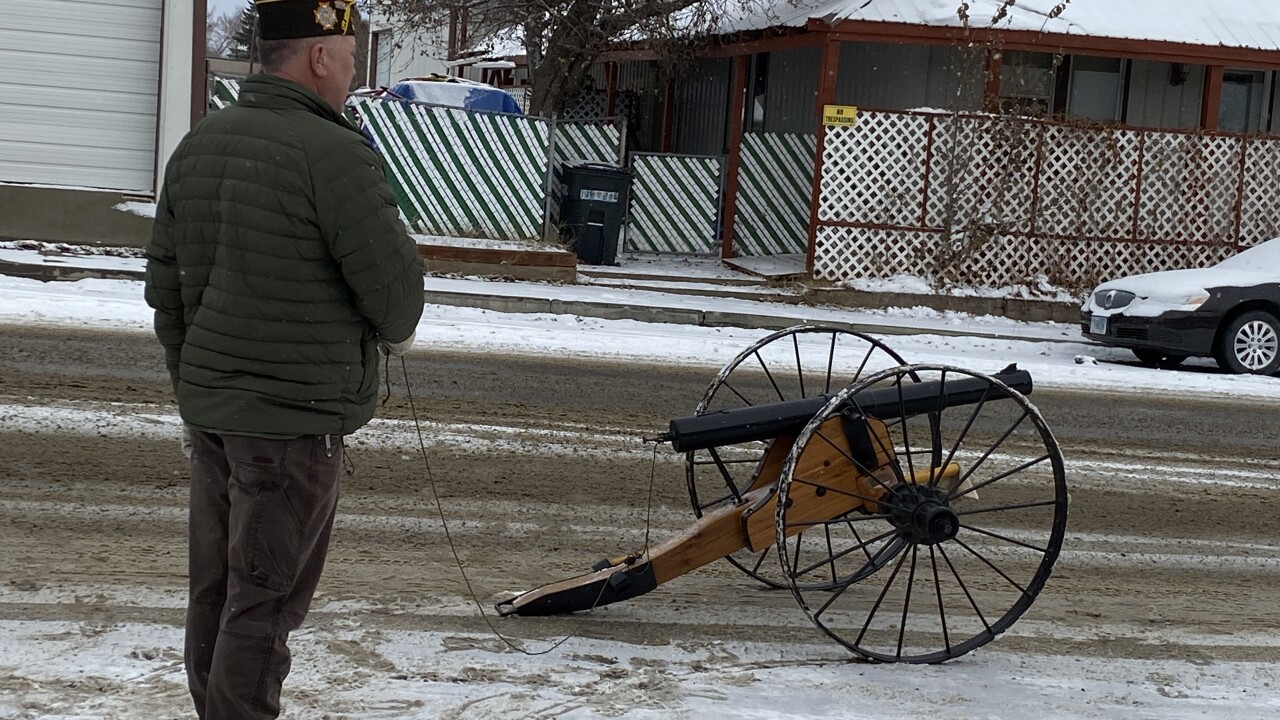 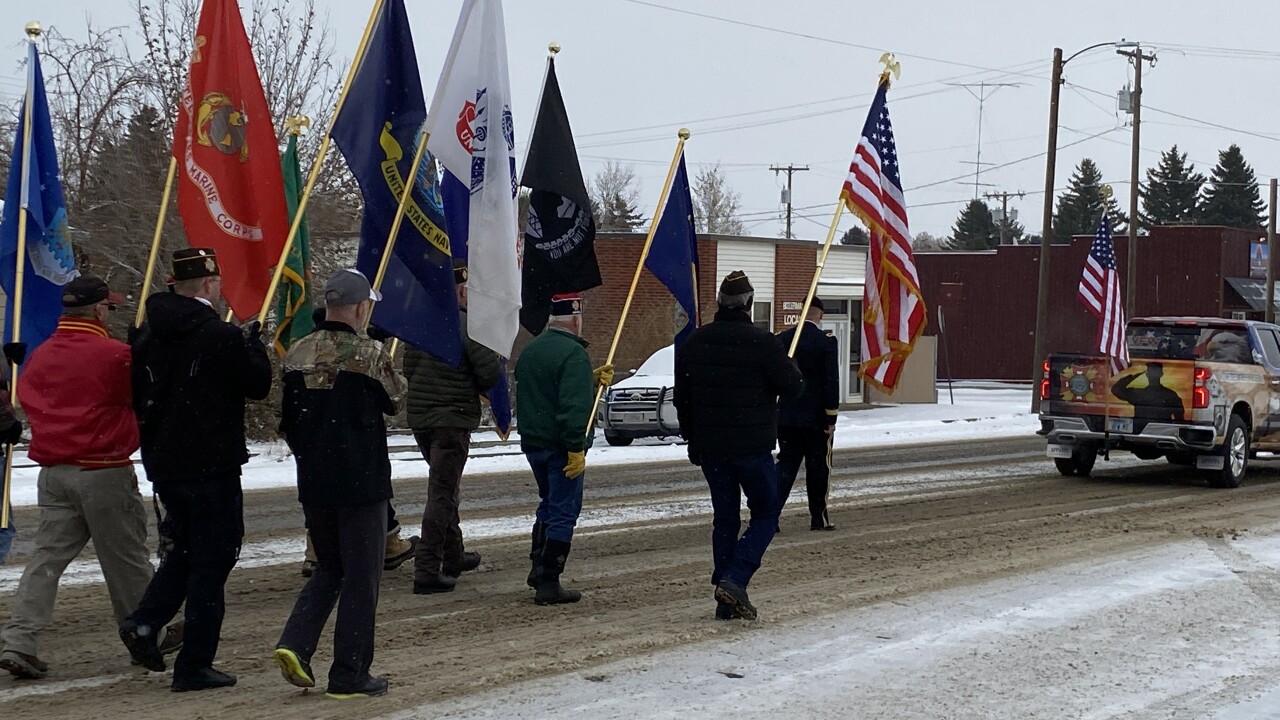 HELENA — Across the Helena area, people took part in events Wednesday to recognize local veterans. However, some of the Veterans Day activities looked different this year, because of the weather and COVID-19.

The day began in East Helena with VFW Cory-Dullum Post 10010’s annual Veterans Day parade. After a cannon fired to start the parade, about 25 people marched from the VFW post to the Servicemembers’ Monument in Main Street Park. They then took part in a brief ceremony to celebrate veterans.

Brig. Gen. James Wilkins of the Montana National Guard was the featured speaker.

“We are facing challenges across our nation that reach deep into our communities and touch our families and friends,” he said. “We’ve faced challenges before and always prevailed, and we’ve prevailed because of the call to service, camaraderie and loyalty to the nation that every veteran has instilled in them.”

The VFW has been holding the East Helena parade for 70 years. The event typically includes many more service organizations, military vehicles, emergency responders and school groups. However, in light of COVID-19, organizers said they expected it to be smaller this year.

Still, many people were parked along Main Street to watch the parade, and several dozen were around the monument when the marchers arrived.

“I was very impressed with what I saw today: the people that came out and really celebrated and saluted what the day is really for – and that’s for all the veterans past and present,” Schepp said.

In Helena, there is usually a Veterans Day event at the Veterans’ Monument in Memorial Park. This year, it was moved indoors to the American Legion Post 2 because of cold weather. The event was limited to about 40 people because of distancing requirements.

The event recognized current servicemembers and veterans from all branches of the armed forces, as well as their families. An empty chair was on hand, in memory of those who are prisoners of war or missing in action.

Jim Heffernan, a Marine and Coast Guard veteran who served in the Korean War, was the featured speaker at the Helena event. He said, in difficult times, it’s more important than ever to consider what servicemembers’ sacrifices mean.

“Remember the commitment, the courage, the undeniable honor that these veterans have given to America, and still give to this grand country,” he said.

He encouraged everyone to get to know and talk to the veterans around them, and said it’s important to pass that respect for service on to the next generation.