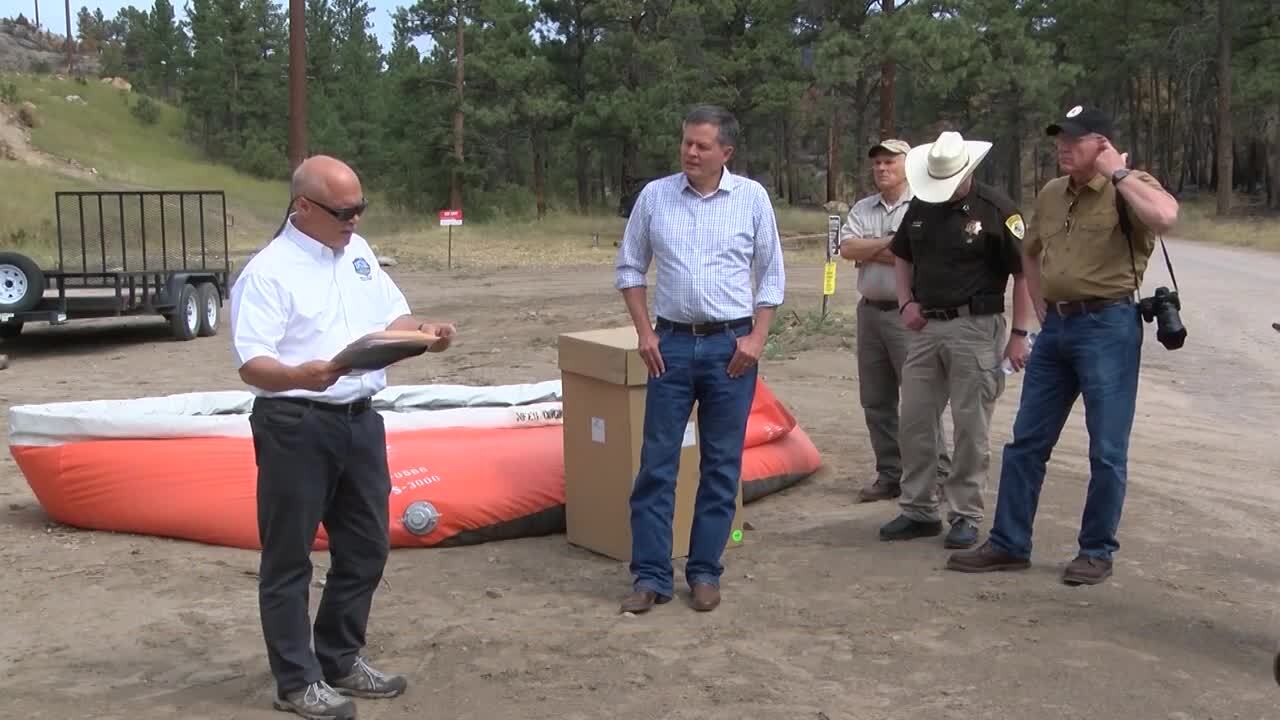 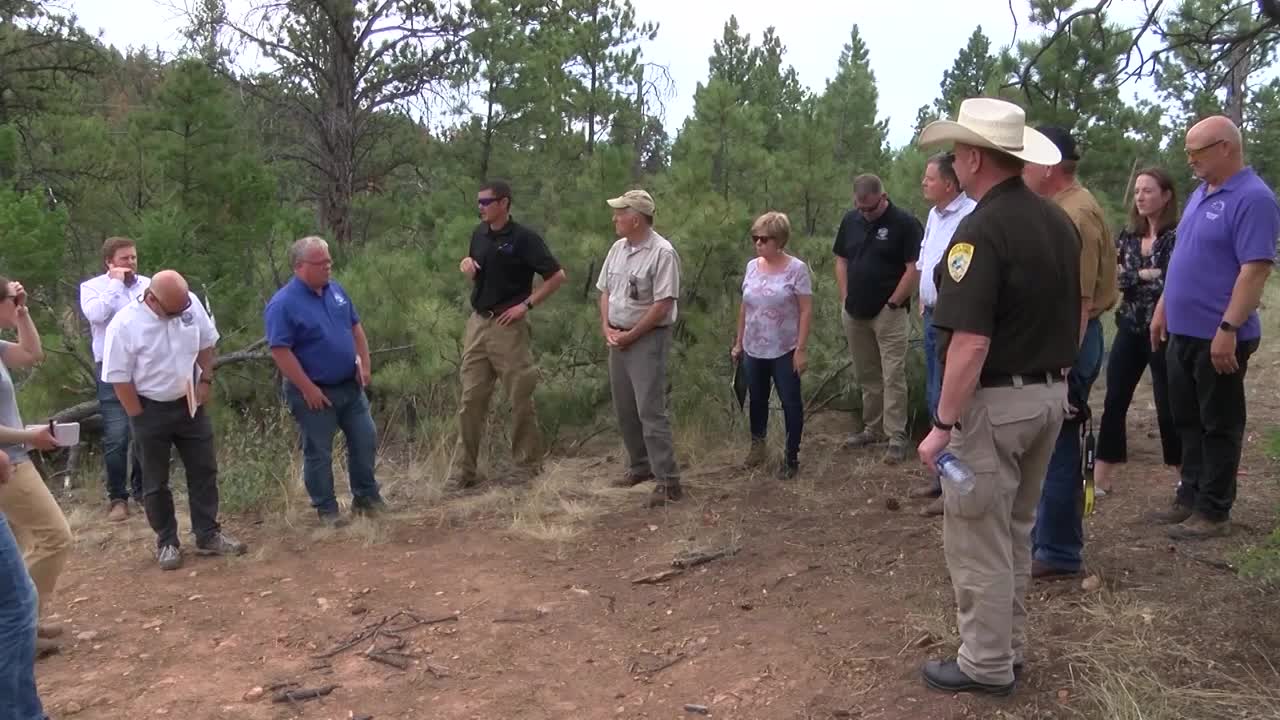 HELENA — Elected officials were given a tour of the North Hills Fire on Wednesday and had the opportunity to ask questions of the responders.

The tour went to the North Hills BLM access and the starting point of the fire.

There members of DNRC, Tri-lakes Fire Chief Bob Drake and Sheriff Leo Dutton explained the behavior of the fire by showing the fuel load in the area, and dangers first responders faced.

Tri-lakes Fire Chief Bob Drake explained battling the fire would not have been possible without local volunteers, law enforcement, state and federal agencies all working together.

“It’s a shared burden that we work together,” said Drake. “I know it doesn’t happen everywhere, but in the tri-county area here we have a really great working relationship.”

But even with that support, the dense forest with many dead trees made it almost impossible to effectively deploy personnel many areas.

Lewis and Clark County Commission Chair Jim McCormick said he’s thankful for everyone who responded to the North Hills Fire.

“You know this was a tremendous opportunity to see what happened on the ground and in the trees up in the North Hills. It is also a reminder to us that the wildland-urban interface is real and we live in it,” said McCormick.

McCormick added that with half of Lewis and Clark County being forested, there are a lot of areas that need constant mitigation attention.

“We have smaller communities that don’t get the attention that here in Helena does, but all of our communities in Lewis and Clark County are in the wildland-urban interface,” said McCormick.

Daines has joined with Senator Dianne Feinstein, D-California, to create bipartisan legislation to help reduce the severity of wildfires by expediting and expanding the removal of dead, dying and hazardous trees in national forests.

“90 percent of human caused fires are within a half mile of roads. We would put a priority on thinning projects half a mile on either sides of the roads and that would be a big deal here in this fire outside of Helena,” said Daines.

The senator also expressed frustration over lawsuits that have held up forest mitigation projects in the state.

“This becomes a public safety problem and it becomes and environment issue. I’m sick and tired of breathing the smoke like so many Montanans are,” said Daines.

Daines said the legislation is currently going through technical review and plans on having the bill on the floor this fall.