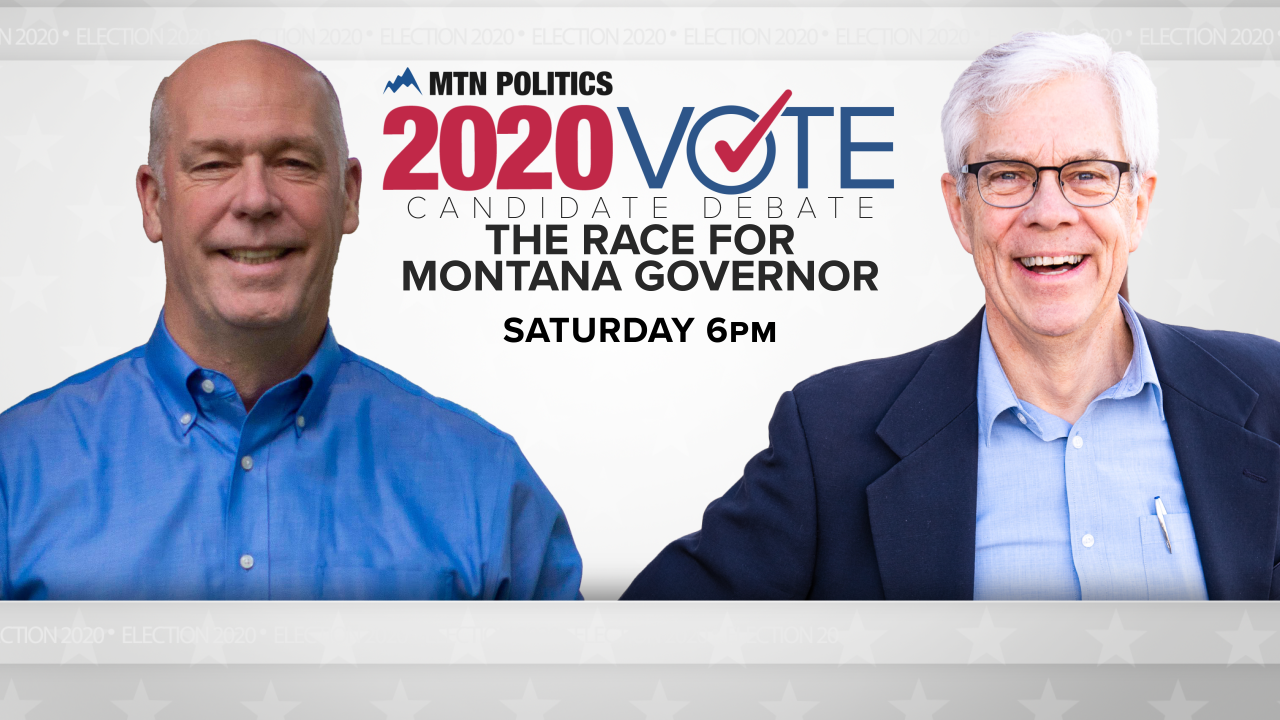 HELENA — On Saturday, MTN News will host a debate between the two candidates vying to be the next governor of Montana: Republican U.S. Representative Greg Gianforte and Democratic Lieutenant Governor Mike Cooney.

Gov race: How will Cooney, Gianforte drive the MT economy?

The debate will air on all MTN stations at 6 p.m. on Saturday; it will also be available to watch on-demand on all MTN streaming apps.
The debate will be moderated by a panel featuring MTN Chief Political Reporter Mike Dennison, Jay Kohn (KTVQ Billings Anchor Emeritus), and Jill Valley (KPAX Missoula/Kalispell Anchor and Reporter).

Gianforte, 59, one of the wealthiest men in Montana, is currently serving his first term in Congress after beating Democrat Kathleen Williams in the 2018 U.S. House race. He has pitched himself as the “business guy” who will scrutinize government and make it more business-friendly. Gianforte co-founded RightNow Technologies, a software-development firm that began in Bozeman in the mid-1990s and grew to an international company. It was sold to Oracle Corp. in 2012 for $1.8 billion.

Cooney – a veteran of many elected offices – says he’s the steady hand who knows how to run the government and maintain vital services like public education, while guiding Montana to a bounce-back after a pandemic. Cooney was appointed by Gov. Steve Bullock as lieutenant governor in early 2016, has been Montana’s secretary of state, and a state senator from Helena. Originally from Butte, Cooney also has worked as an aide to former U.S. Sen. Max Baucus and an administrator in state government.

On health care, Cooney and Gianforte duel over their records, federal policy

In Helena, viewers can watch the debate on KTVH and KXLH on-air; streaming on KTVH.com and KXLH.com and on mobile apps; or with the KTVH streaming app for Roku, Apple TV, Fire TV, and Android TV.

The KTVH mobile app is available via Apple's App Store or Google Play.

Click here for more information about how to install and watch the KTVH streaming app.

The Governor candidate debate is the second in a series of three MTN debates.

On September 26, Kathleen Williams and Matt Rosendale met to debate who should hold Montana’s lone seat in the U.S. House of Representatives. You can see that debate on demand here. Coming up on October 10, Gov. Steve Bullock and Sen. Steve Daines will meet for a debate in the race for U.S. Senate.

For voting information and other important election information, you can check out the MTN Election Guide.