'All-mail' ballots in Montana: How will it work this election? 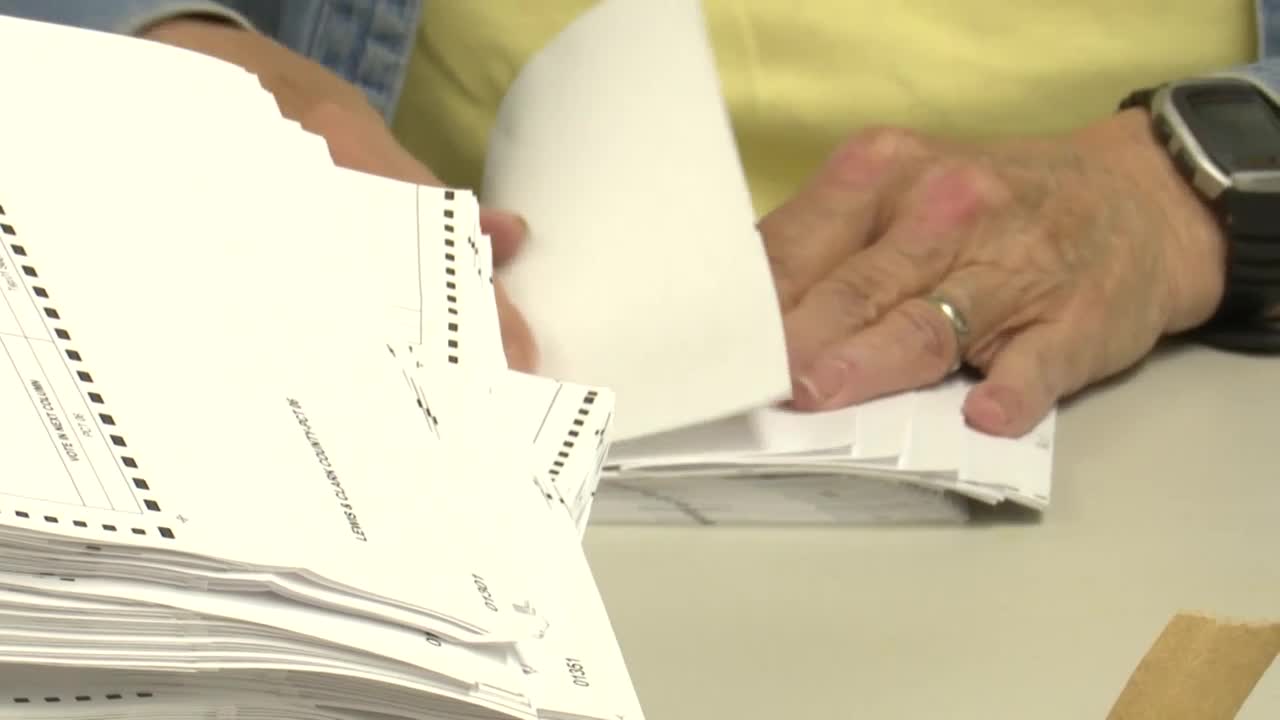 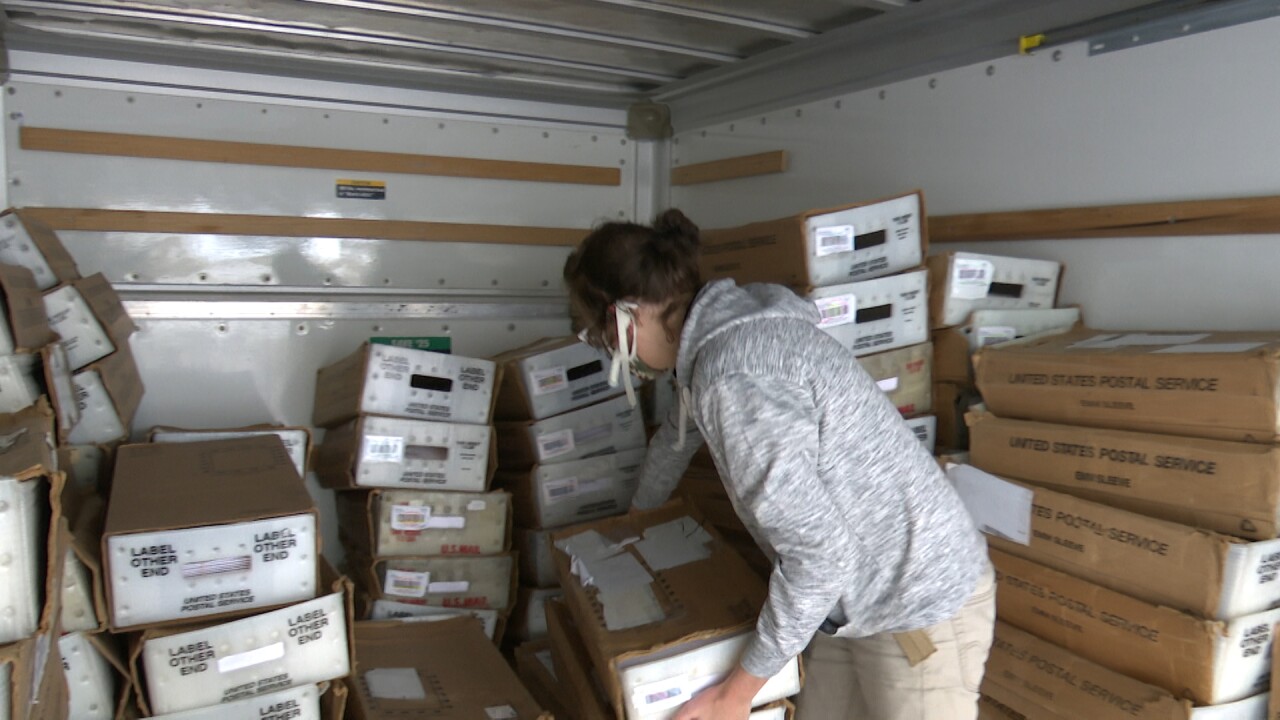 HELENA — Editors’s note: This is the first segment of a two-part series on how “all-mail” ballots will operate in Montana for the Nov. 3 general election.

For the first time in Montana history, 46 of Montana’s 56 counties this year will have “all-mail” ballots for a statewide general election – and lawsuits from Republicans, from the president on down, are attempting to stop it, claiming potential voter fraud and other problems.

But county election officials in Montana say it’s not the first time they’ve conducted huge mail-voting operations, and that Montana’s system is well-vetted and secure, to ensure votes are cast by registered voters and properly counted.

“Most ballots cast in Montana elections – even with polling-place elections – are mail ballots,” says Audrey McCue, elections administrator for Lewis and Clark County in Helena.

She’s referring to the already widespread use in Montana of absentee ballots, which are mailed ballots. In Montana’s 2018 general election, 73 percent of the votes cast were by absentee ballot, which are sent to those who request them.

“Even when we have the polls open, people have been voting absentee,” McCue says. “So, the system has been tested, it’s been tested for years, and we haven’t seen voter fraud happen through this system.”

Now, with the election seven weeks away, the same process will be used with “all mail” ballots in 46 counties, including the eight most-populous counties in the state.

The only difference will be that rather than ballots being mailed only to those who requested absentee ballots, they will be mailed to every registered voter, in those 46 counties.

“We’ve been running mail ballots for 30 years in the state of Montana,” says Rina Fontana Moore, Cascade County clerk and recorder in Great Falls. “The laws that govern how we accept the ballots in our office are exactly the same, on absentee ballots.”

In the 10 counties not going to all-mail, absentee ballots will still be sent to those who request them. And, polling places will be open on Election Day, for people to vote in person if they choose.

But even in counties with “all mail” ballots, voters still can submit their ballot in-person, at the county election office or, in many counties, at drop-boxes in other locales closer to home.

In Yellowstone County, for example, officials will have drop-boxes available at the Metra in Billings starting Oct. 2, Monday-through-Friday, from 8 a.m. to 5 p.m. The county also hopes to have Election Day drop-boxes at many regular polling locations in towns outside of Billings, says Bret Rutherford, the county election administrator.

By law, those drop-boxes must be staffed by at least two election-office employees, while in use.

MTN News spoke with county election officials about the process, how it works, and the multiple steps taken to ensure that all registered voters will receive their ballot, starting in October – and how that ballot can be returned, verified and counted.

It starts with the list of registered voters, which each office maintains and updates, as voters are added, through registration, or subtracted, when they move, die or become “inactive.”

In Montana, voters can register up to and including on Election Day. They can register in-person, at the county election office, or get a voter-registration application online, at https://sosmt.gov/Portals/142/Elections/Forms/Voter_Registration_Application.pdf.

However, registration cannot be completed on-line. The application, along with a voter’s identification and signature, must be turned in to the county office, in-person or by mail. You also can email a scanned version of the completed application.

This year, in counties choosing all-mail ballots, all voters registered by Oct. 2 will have a ballot mailed to them Oct. 9. The same mailing schedule exists for requested absentee ballots in non-all-mail counties.

Yet voter registration – and mailing of ballots to those who register – will continue after the Oct. 2 deadline until Oct. 26. The 46 counties doing all-mail ballots will accept those registrations and mail the ballots.

After Oct. 26, which is eight days before the Nov. 3 election, people can still register to vote, but they will have to do it in-person at the county election office, obtain their ballot and submit it in-person.

County officials said they won’t be mailing any ballots after Oct. 26, because of concerns that it won’t get to the voter in time, or give the voter enough time to mail it back.

As for the registered-voter list, county officials attempt to maintain its accuracy in several ways.

They check death records at least once a month and compare the absentee-ballot list to a national change-of-address file.

If someone doesn’t vote in an election, they may be moved to “inactive” status. Those who are on inactive status won’t get a mailed ballot, but they remain registered, and can get a ballot if they request one.

If you remain inactive for two general elections, you are removed from the registration rolls.

“Some people are concerned about voters who will get removed from the rolls unfairly,” McCue says. “But, we have to have a way to keep the list up to date, because addresses change, people pass away.”

And, if anyone is worried that they aren’t registered, or have become inactive, and may not get a ballot, they can check it easily – by calling their county election office or checking the website www.myvoterpagemt.com.

Tomorrow: The security steps to ensure mailed ballots are from a registered voter, and how they’re counted.