Butte clerk to voters: Submit ballots in person at this point 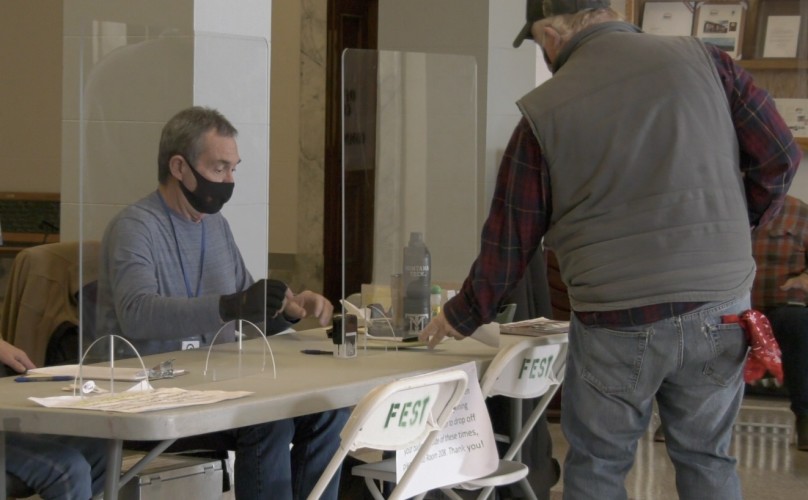 BUTTE - With the general election looming, anyone who has not voted yet in Butte should turn in the ballot in person, according to election officials. And make sure you give it to a certified employee.

“Do not give your ballot to anybody unless you know who they are, and our employees have name tags with their pictures on them. They are certified to take your ballot. No one else is,” said Butte Clerk and Recorder Sally Hollis.

While there’s no official reports of anyone take ballots from people, Butte’s Clerk and Recorder’s office has fielded phone calls from people concerned this was occurring. Hollis said there’s more anxiety among voters this year.

“I think the general public are anxious and I think that’s just the time in our life where we’re at in this country,” Hollis said.

If you’re reading this report right now and you have not turned in your ballot, do not mail it in. Election officials say it’s best if you turn it in in-person to an election official at this point.

“It may not get to me in time. It has to be in my hand by 8 o’clock Tuesday night on Election Day, Nov. 3,” said Hollis.

Voters can turn their ballots in to officials in the rotunda of the Butte Courthouse or at mobile stations in the parking lots of Walmart and the Butte Plaza Mall.