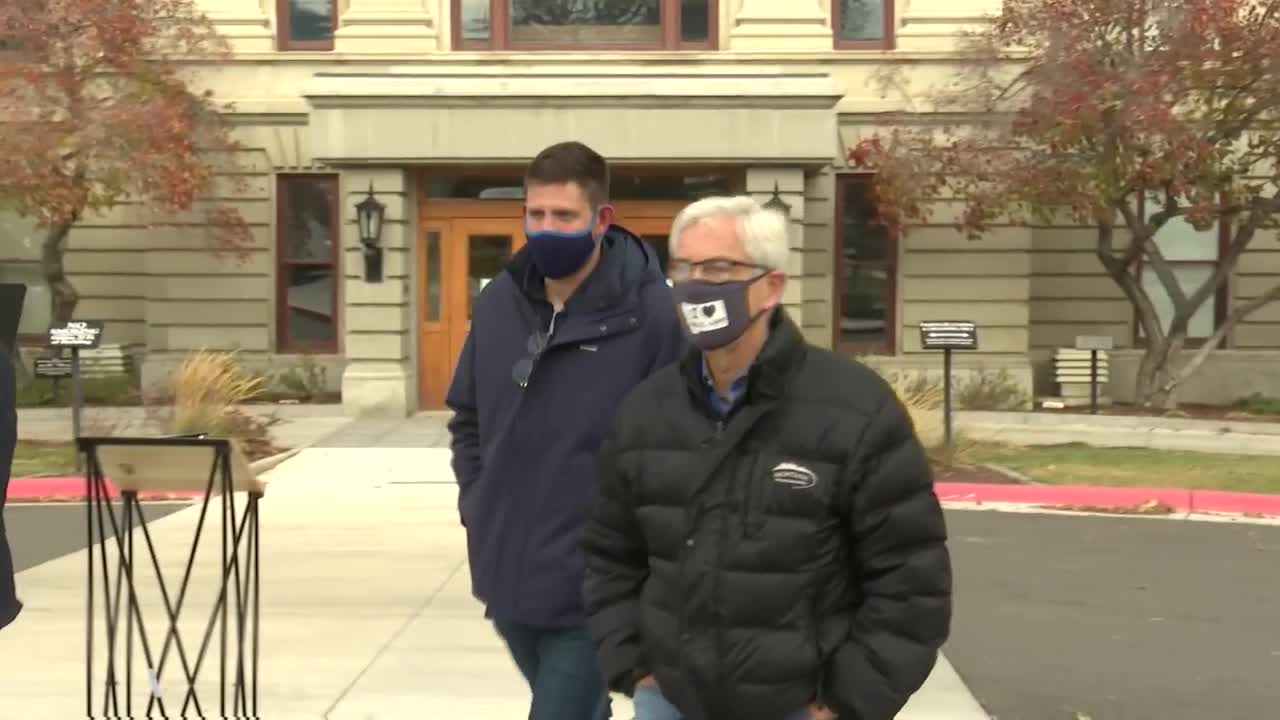 HELENA — As Covid-19 infections continue to surge in Montana, the top two candidates for governor are presenting very different approaches on how they plan to handle the crisis – now, and in the future.

Democratic Lt. Gov. Mike Cooney convened a panel of national health experts earlier this week, to talk about vaccines and public-health precautions, and rolled out his own priorities on what he’d do as governor.

Those include working with local officials on mask and gathering mandates, to prevent the spread of the disease as a vaccine is developed. “Vaccines may not be with us all that quickly, and even if they are, it’s going to take time to do this,” he told MTN News Thursday. “We know that cases continue to spike up because people have let their guard down.”

Republican Greg Gianforte has said he would protect vulnerable populations but would rely more on “personal responsibility” than government mandates.

When asked whether he’d extend the governor’s current emergency order and its mandate for face-masks or other restrictions in the state, Gianforte has demurred, saying the landscape could change by January, when the new governor would take office. “We don’t know where we’ll be three months from now, with the virus or the vaccine, but regardless of where we are, Greg will rely on the advice of public-health professionals and community leaders when addressing the virus and economic crisis,” a campaign spokesman said Thursday.

Cooney has suggested that stricter mandates may be needed to slow the spread of the disease, and said he’s already been talking to local health and other officials about their role in enforcing limits on gatherings and other steps.

On Thursday, the state smashed its single-day record for new infections – 932, almost 200 more than the previous daily record.

Cooney and his campaign also have chided Gianforte for rarely wearing a face-mask in public.

Gianforte’s campaign said he wears a mask when appropriate, and released a photograph of him wearing a mask while touring a Montana State University Covid-19 testing facility last month.

When talking about Covid-19, Gianforte has focused more on the economic damage caused by business shutdowns earlier this year, pointing to his “comeback plan” designed to boost the economy, with less regulations and lower taxes.

He also has said he wants to have schools be open.

“Montanans want to get back to work,” Gianforte said in an MTN-sponsored debate with Cooney last month. “I think we can do it with effective policy that .. protects people on the front line but also gets people back to work.”

Cooney’s panel of experts said vaccines may be available within the next several months. However, they said many questions remain about how and when it will be available, and whether enough people will agree to take it.

Cooney said he’s already committed to developing a distribution plan and “strategic communication” with the public on how to access the vaccines and why they should take them.

“I will continue relying on science to guide our recovery, while making sure Montana is first in line for a potential vaccine and working with partners, on the ground, to distribute it safely and effectively so we can beat this virus once and for all,” he said.

Gianforte’s campaign said he’ll consult with public-health professionals on the best way to distribute vaccines, make sure they’re widely available, and target those most vulnerable, such as senior citizens and front-line health workers.