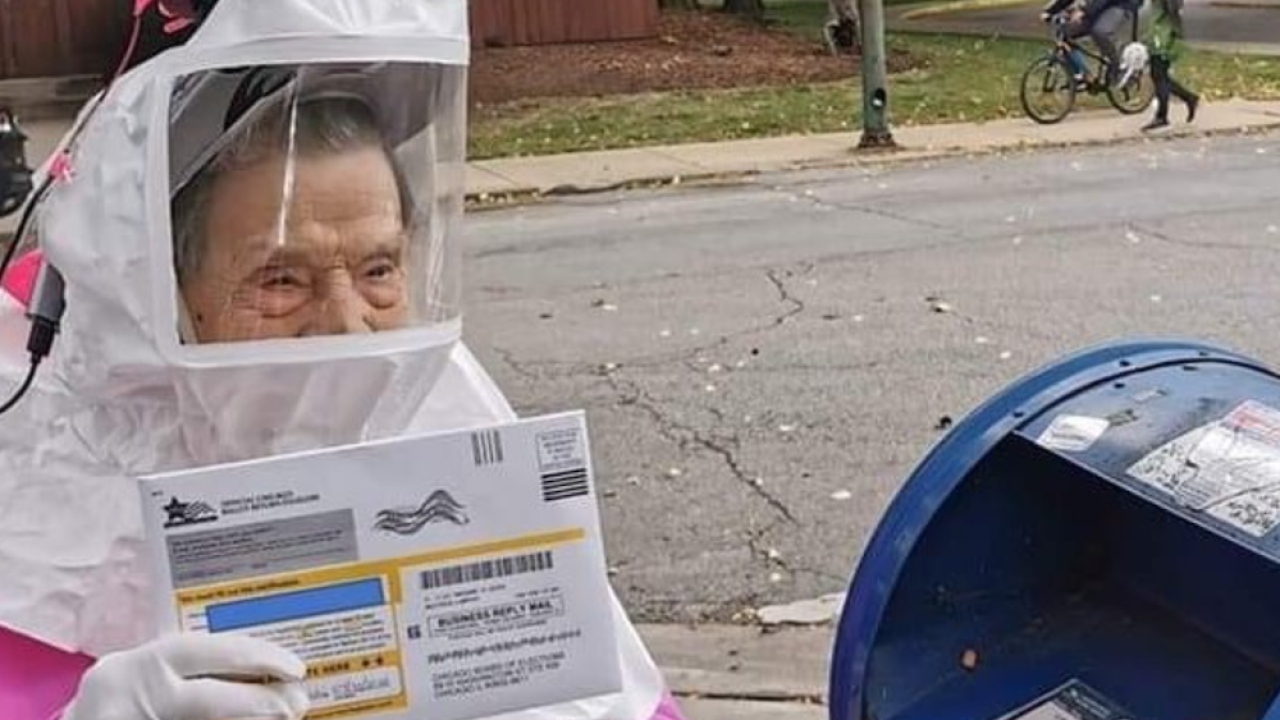 At 102 years old, Bea Lumpkin hasn't missed voting in a presidential election in 80 years. And even though COVID-19 is putting older Americans at risk ahead of the 2020 election, Lumpkin would not be denied her right to vote.

The retired Chicago teacher donned full personal protective equipment — including a hazmat hood and gloves — so she could deliver her ballot to a nearby mailbox.

"If Bea can do it, anyone can do it. Vote!" the Chicago Teacher's Union said in an Instagram post.

Lumpkin said she hopes her vote inspires others to hit the polls this fall — whether by mail, early or in-person.

"That's why I had my grandson take a photo of me, because if I could come out at the age of 102 and face a pandemic [to vote], nobody should have an excuse," she said to "Good Morning America." "I think that in this election more than any other that I've taken part in, the only way we can answer it is for the people to come out and vote and stay active to a degree we've never seen before."

According to WBBM in Chicago, Lumpkin first voted in the 1940 election for President Franklin D. Roosevelt and hasn't missed an election since.

Having been born in 1918, Lumpkin was born before women had the right to vote. One hundred years ago, the U.S. passed the 19th amendment, giving women the right to vote, and giving Lumpkin a privilege that she has never taken for granted.

According to CNN, Lumpkin said she was eager to vote because of the more than a dozen elections she's voted in; she believes this one to be the most important.

"The most important reason to vote in this election is that there's so much at stake, more than any other vote I've cast, because of the great challenge to the survival of our democracy," Lumpkin told CNN.