Election 2020 Live Blog: Get the latest updates from across Montana 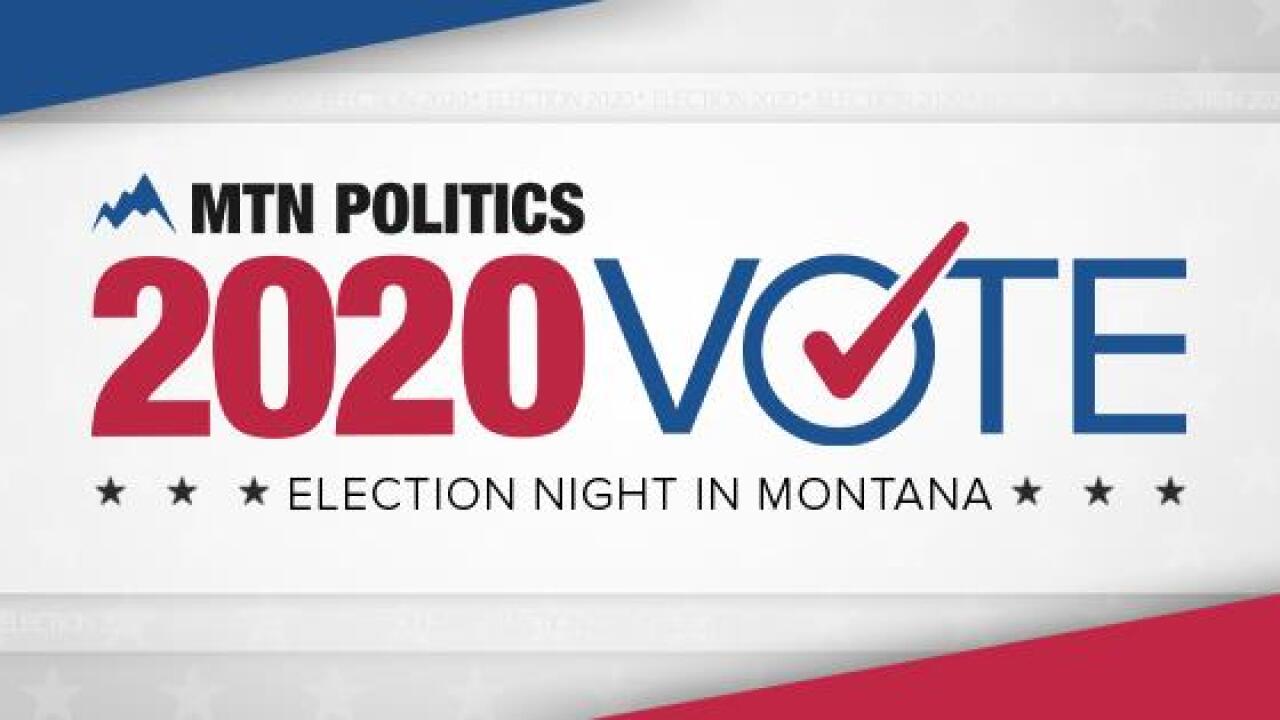 Thousands of Montana voters headed to the polls Tuesday, with a record-breaking number of early votes already cast in the Treasure State. Follow MTN's Live Blog for the latest updates as the returns come in.

Two ballot measures that clear the way for recreational use of marijuana in Montana passed Wednesday morning.

Lt. Gov. Mike Cooney has conceded the Montana governor's race to Republican U.S. Rep Greg Gianforte, according to a statement from the Cooney campaign.

“Greg, congratulations. I congratulate you, your family and your campaign. I will do everything I can as Lt. Governor to make sure there is a smooth transition between our administrations,” Cooney said in the statement. “There’s no doubt our priorities and our visions for Montana are different. But I wish you the best as you continue your journey in public service.”

Democrat Mike Cooney's campaign said he's refusing to concede in the Montana governor's race, saying the calling of the race was "premature."

Just after 9 p.m. there were reportedly no more than 175 voters in line at the Elections Center in Missoula. The ballot return rate is at 90.1 percent in Missoula County.

Gallatin County Clerk Eric Semerad said Tuesday that 2020 has been a record year for voter turnout in Gallatin County with over 81% of ballots that had been issued early last month returned. Those numbers are expected to rise when polls close Tuesday evening.

There’s a line out the door at the Butte Civic Center of people registering to vote for the first time. County election officials are expecting more than 90% turnout in Butte-Silver Bow.

Wait times appear to be over an hour for those needing to register to vote or get a replacement ballot.

One woman said around 5:45 p.m. that she had been waiting for her son to register and vote since he got in line nearly three hours earlier at 3 p.m.

When polls close at 8 p.m., election staff will place someone at the end of the line outdoors and not allow any more people to get in it.

It's likely those later votes won't be fully counted until sometime Wednesday.

Wait times for voters in Flathead County have been up to three hours at times. Flathead County Elections Officer Monica Eisenzimer says that people have been coming to the elections office and registering to vote in large numbers.

Elections officials in Missoula reported on Tuesday afternoon that roughly 85% of the mail-in ballots issued had been returned or roughly 67,000 ballots.

Election officials in Great Falls were expecting wait times up to three hours for voters casting their ballots on Tuesday.