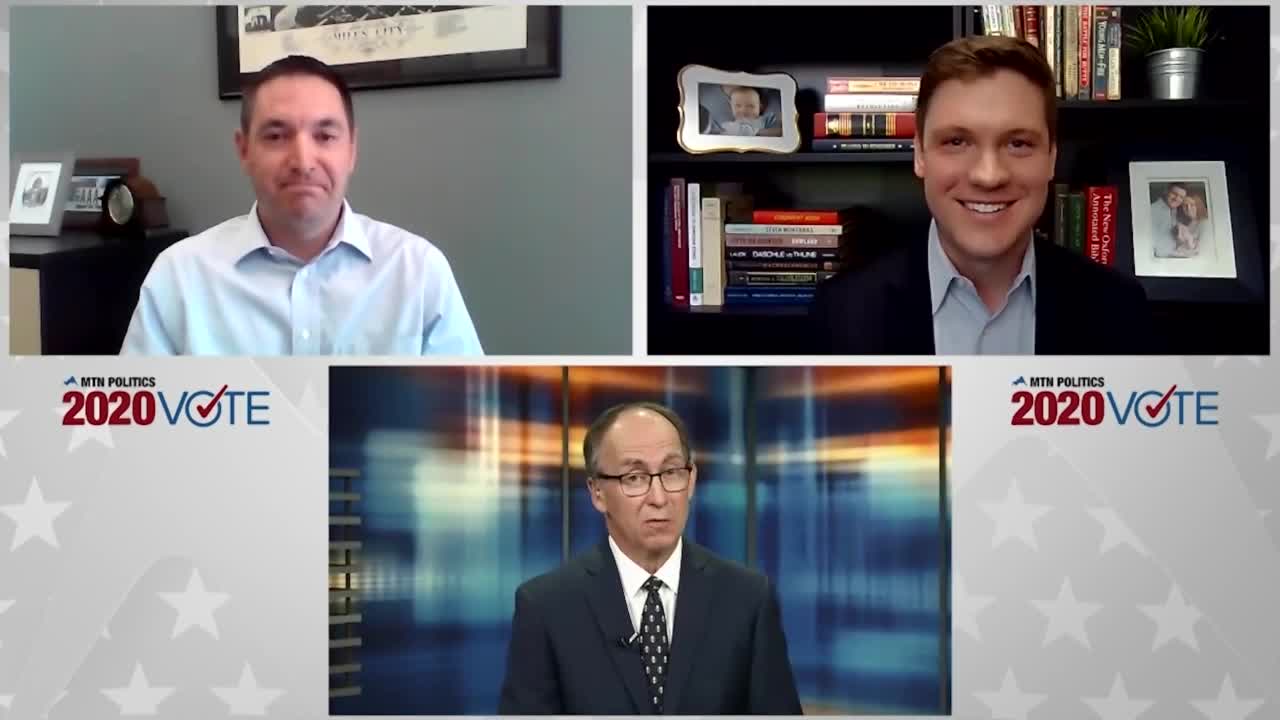 Montana's two candidates for Attorney General faced off in an MTN Debate that aired Sunday on Face The State.

Raph Graybill, who is chief legal counsel to Governor Steve Bullock, and Roosevelt County Attorney Austin Knudsen faced off on topics that ranged from public lands and prescription drug prices to voting and crime.

The two candidates are both practicing lawyers with experience ranging from arguing in the Montana supreme court, to working with law enforcement as county attorney.

Whether or not the candidates had the experience to be Montana's chief law enforcement officer was a topic of debate.

Knudsen said his experience prosecuting criminals as a county attorney and working with local police officials made him more qualified than his opponent. "He's (Graybill) never sat face to face at a table with a drug suspect, a drug dealer or worked with the local sheriff's office in a drug investigation," he said.

Graybill said he's had experience working with law enforcement in the field as an auxiliary officer for the New York City Police Department. "I know the challenges, the sacrifice that our law enforcement officers make," he said. "And I will have their backs as Attorney General."

The two also shared their stances on issues including Department of Justice budget reallocation and Montana's methamphetamine problem.

"100% of the meth, of the heroin, of the fentanyl that's coming into Montana is coming in from Mexico," said Knudsen. "I want to cut funding out of the bureaucracy of Helena and get it out to law enforcement on the front lines fighting this problem so they can actually make a difference here."

Graybill said the state's meth problem needs to be addressed through three steps: enforcement, treatment and prevention. "If you just talk about one, you're not serious about this problem," he said.

A big issue in healthcare the Democrat from Helena is pushing is the attorney general's role in fighting rising prescription drug prices. "They're looking at drug companies who are working together illegally to inflate the prices of prescription drugs," said Graybill. "That s been illegal in America for 120 years. But if the feds are asleep doing nothing about it- it falls to state AG's to fight for Montanans."

Knudsen said the topic wasn't a big issue he'd run into on the campaign trial. "This is not what Montanans are talking about," he said. "It's just not."

The attorney general also sits on the State Land Board, which determines policy on state school trust and public lands.

Knudsen said he didn't have a problem with the program, but did have an issue with how funds were previously spent.

"But when you're using taxpayer money to what look like gives payback to democrat donors and buying land at inflated prices, that's when I have a problem." he said.

Graybill cited his experience with the program working with a Republican family near Wibaux in 2018. "They were victimized by extremist politicians just like Austin, who tried to kill their good work to give us access to hunt and fish on their land," he said. "We went to court and we won."

Graybill said the AG oversees the Motor Vehicle Division and a partnership between the Secretary of State and AG's office would cut down on voter error. "If you don't want to update your registration that's fine, you can opt out," he said. "but I think it s the duty of every elected officials to try to find ways for the govt to work better for the people that it serves."

Knudsen said those duties belong to the Secretary of State, but did say the Motor Vehicle Division would be a focus if elected. He said he's heard from residents across the state who are upset with the division's service.

"They're frustrated with the time it takes them it takes them to get their driver's license and new titles on their vehicles," he said. "We've got to get the bloat out of that Helena office and make that office more efficient."

The two lawyers had to chance to exchange questions they felt deserved answers. Those included a lawsuit involving the Knudsen Family Limited Partnership and land access and sexual harassment allegations relating to a former advisor that worked for Governor Steve Bullock.