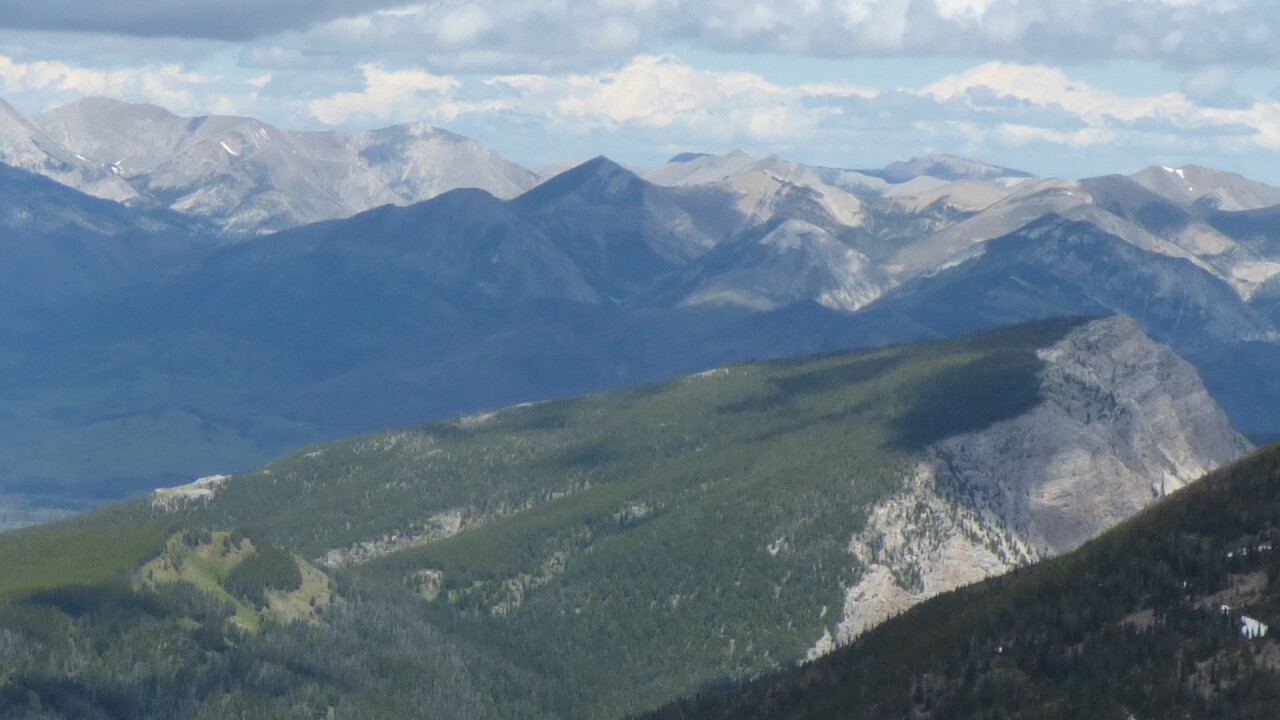 Dems, Republicans battle over their public lands records -- including protection or enhancement of places like the Rocky Mountain Front in the Bob Marshall Wilderness. 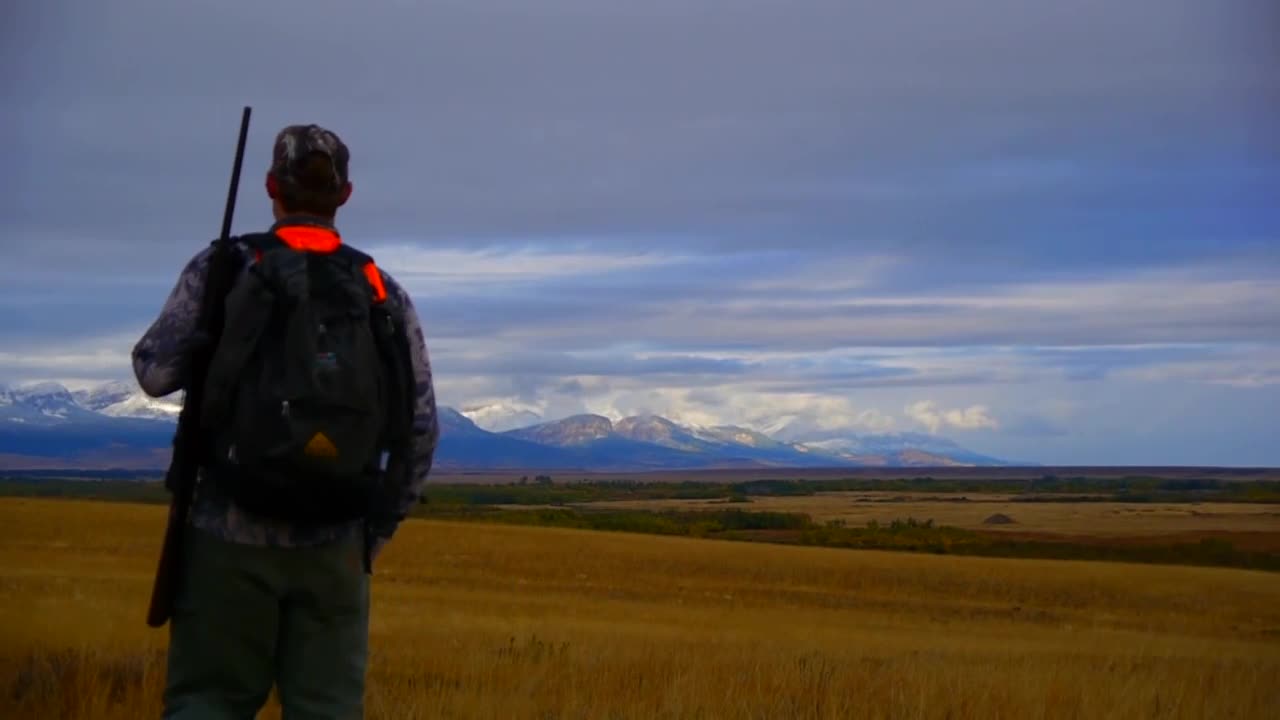 HELENA — In Montana’s pivotal 2020 election, Democrats seeking statewide office are using “public lands” as a rallying cry, saying they’re the ones who will protect and preserve those lands for recreation.

“My record has been … working to make sure we can do everything we can, to keep our public lands open and accessible for the people of Montana to enjoy them,” said Democratic gubernatorial candidate Mike Cooney, in a typical statement. “That is a big difference between me and my opponent.”

His opponent is Republican Greg Gianforte – but almost identical statements have been made by Democrats against most Republicans running for a statewide office in Montana.

The “public lands” cudgel has sometimes been used to great effect by Montana Democrats in past elections, against the GOP.

But, this year – as the coronavirus pandemic and its economic fallout ravages the nation and the state – some Republicans say they believe the economy and the virus are the issues that top voters’ minds.

“I spend my days traveling the state … and the No. 1 issue amongst Montanans right now is the recovery from Covid-19,” Gianforte told MTN News in an interview this week. “We have to deal with the health crisis we have, but we’ve created an economic crisis.”

And, in the state’s two highest-profile races – governor, and U.S. Senate – the Republican candidates say when it comes to public-lands conservation and access, they have a record of accomplishment.

Gianforte and U.S. Sen. Steve Daines, R-Mont., point to their support of several key measures that have passed Congress, including the Great American Outdoors Act, which created permanent funding for the Land, Water and Conservation Fund and will spend millions on deferred maintenance in national parks.

“Montanans have good horse-sense; they can see through the lies that are being spread,” he said. “I think the Democrats are worried that a Republican is actually getting a lot of conservation wins.”

Gianforte and Daines also supported bills that blocked mining on public land near the north entrance to Yellowstone National Park and protected part of East Rosebud Creek, a wilderness river in south-central Montana. And, in 2014, Daines helped pass legislation to add 67,000 acres of wilderness along the Rocky Mountain Front in northwest Montana – the first addition of wilderness acreage in the state in 30-some years.

“Those were bills signed into law, that I was able to work with Democrats and Republicans, under both President Obama and President Trump, in getting these passed,” Daines said.

Still, some conservation groups say that Gianforte and Daines have, at best, a “checkered” record when it comes to protecting public lands and access – and that Democrats have shown themselves to be the more reliable protectors of those lands.

“There are so many things that continue to water down (Republicans’) argument, as to if they are indeed public-lands champions,” says Whitney Tawney, deputy director of Montana Conservation Voters, a group that has endorsed Democrats in Montana’s major races. “It’s not our fault that the conservation champions happen to be in one party.”

Cooney has said, as governor, he would veto any bill to harm Montana’s stream-access law, which gives anglers and other recreationists access to navigable rivers, even as they flow through private property.

He also has outlined plans to build on a variety of state programs that add to, or preserve, public lands and public access.

Gov. Steve Bullock, who’s challenging Daines in the Senate race, has worked to create major conservation easements that preserve access to lands for hunting and fishing and highlighted his past work to preserve stream access.

Democrats and conservation groups also believe that public lands continue to resonate as a campaign issue in Montana – regardless of the pandemic.

“You can drive by any trailhead in Montana during the time of a pandemic and see how people value our public lands,” says John Todd of the Wild Montana Action Fund, an affiliate of the Montana Wilderness Association. “In fact, people really seem to be rediscovering their public lands and their trails, whether they’re in the backcountry or the front country, through this health crisis.”

Democrats and their conservation allies say Daines, Gianforte and other Republicans have, at best, a “checkered” record when it comes to public-lands protection.

Gianforte and Daines each sponsored bills in 2018 to remove protections for nearly 700,000 acres of wilderness study areas in Montana, and put them under regular management for possible development, Tawney notes. Both bills failed to pass.

They’ve also failed to raise the alarm about the Trump administration’s nomination of William Perry Pendley to head the U.S. Bureau of Land Management, she says.

In the past, Pendley has argued for selling off federal public lands, ridiculed climate change, and represented oil and gas interests in his law practice.

“It’s like putting an arsonist in charge of the firehouse,” Tawney told MTN News. “And, we kind of liken Mr. Gianforte and Sen. Daines to standing there with a hose and not turning on the water to put out the fire.”

Pendley has been acting director at BLM since mid-2019. Just last weekend, the Trump administration said it would withdraw his name for nomination – although he’s still in charge of the BLM and its 247 million acres of federal land.

Gianforte said this week he supports the decision to withdraw Pendley’s nomination, but that Trump has done a “tremendous job” in appointing people to various agencies, and that he trusts the Interior Department leadership to do the right thing.

Daines, however, told MTN News late last week that he “some serious concerns about positions and statements that Mr. Pendley has had over the year,” particularly about stream-access laws in Montana.

Bullock filed suit last month in federal court to prevent Pendley from continuing as head of the BLM, arguing that it’s unconstitutional to leave someone in charge without U.S. Senate confirmation.

Cooney also points to Gianforte’s 2009 lawsuit against the state, when the Bozeman businessman sued to block access over a portion of his property to the East Gallatin River. Gianforte said he was trying to correct a survey error, and that an alternative public route to the river was established.

And, fianally, Democrats often insist that Daines, Gianforte and Republican U.S. House candidate Matt Rosendale have, at one time or another, signaled their support for the transfer of management of federal lands to the states – a move they say would lead to the sale of those lands to private interests.

“Gianforte says he supports that concept,” Cooney told MTN News. “He is on record saying that. … You cannot call yourself a champion of public lands and take those positions.”

Rosendale did public support that positions six years ago, but has since reversed course.

Gianforte says he’s never advocated for the transfer of federal lands, but that he does support local “collaborative” efforts on managing public lands – although neither he nor Daines have signed onto the Blackfoot Clearwater Stewardship Act, a bill that went through a local, collaborative process and would add some acreage to the Bob Marshall complex northeast of Missoula and open up some other areas to motorized recreation.

Todd, of the Wild Montana Action Fund, says Daines voted in 2015 for an amendment that would have created a reserve fund to facilitate transferring ownership of some public lands.

Daines, however, has said that vote was for a specific transfer in Alaska, and that he does not support any general transfer of federal land.

Tawney and Todd also are only mildly complimentary of Gianforte’s and Daines’ support of the Great American Outdoors Act, calling it a “blip” on an otherwise poor public-lands record.

“We are thankful that (the law) passed, but we also saw no action from Sen. Daines until he was in an election cycle and he had a real threat as far as an opponent,” Tawney said.

Yet most Montana conservation groups regard the bill as a major accomplishment, and a dozen of them bought full-page newspaper ads last week, thanking Daines, Gianforte and Democratic U.S. Sen. Jon Tester.

Blake Henning, chief conservation officer for the Rocky Mountain Elk Foundation in Missoula, told MTN News that Daines was one of the key senators who helped convince President Trump to support the Great American Outdoors Act.

Henning also said that Gianforte and Daines – and, Gov. Bullock – have been strong advocates for more active management of forest lands, which his group considers important for elk habitat and the state’s economy.

“These forestry issues in the state are very important for the whole state and all the people in the state,” he said. “They’ve gotten behind that.”