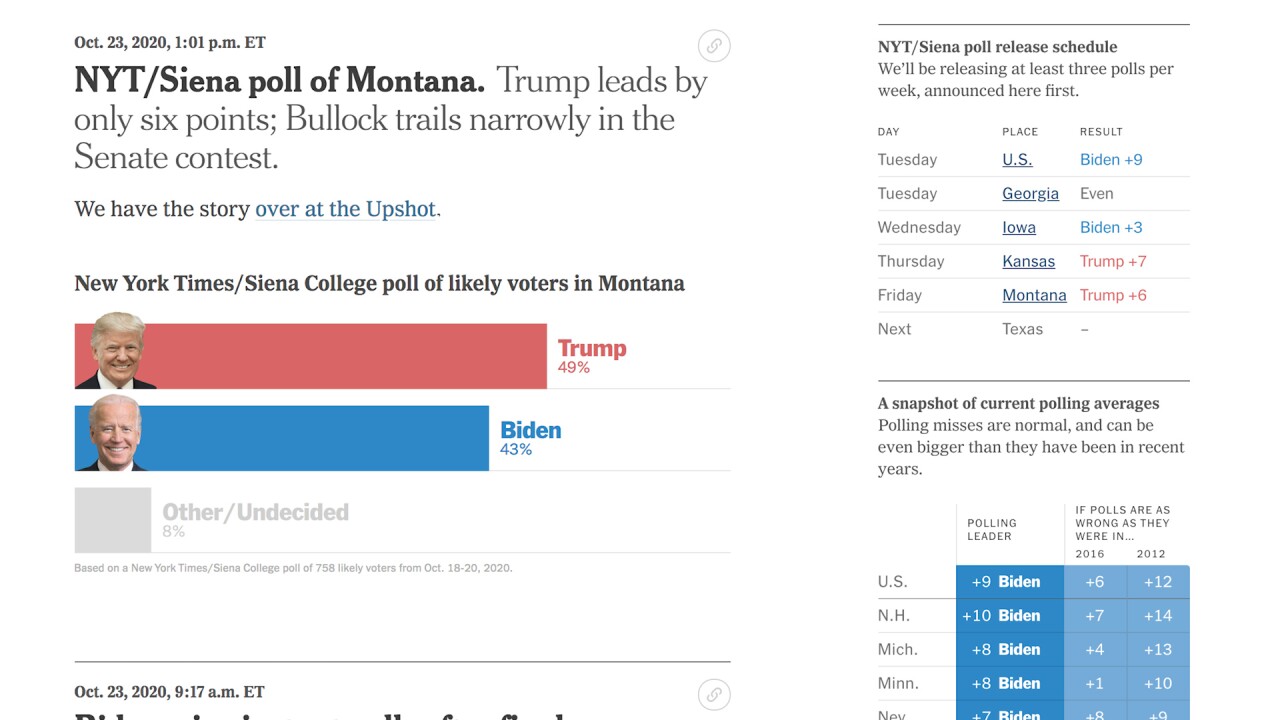 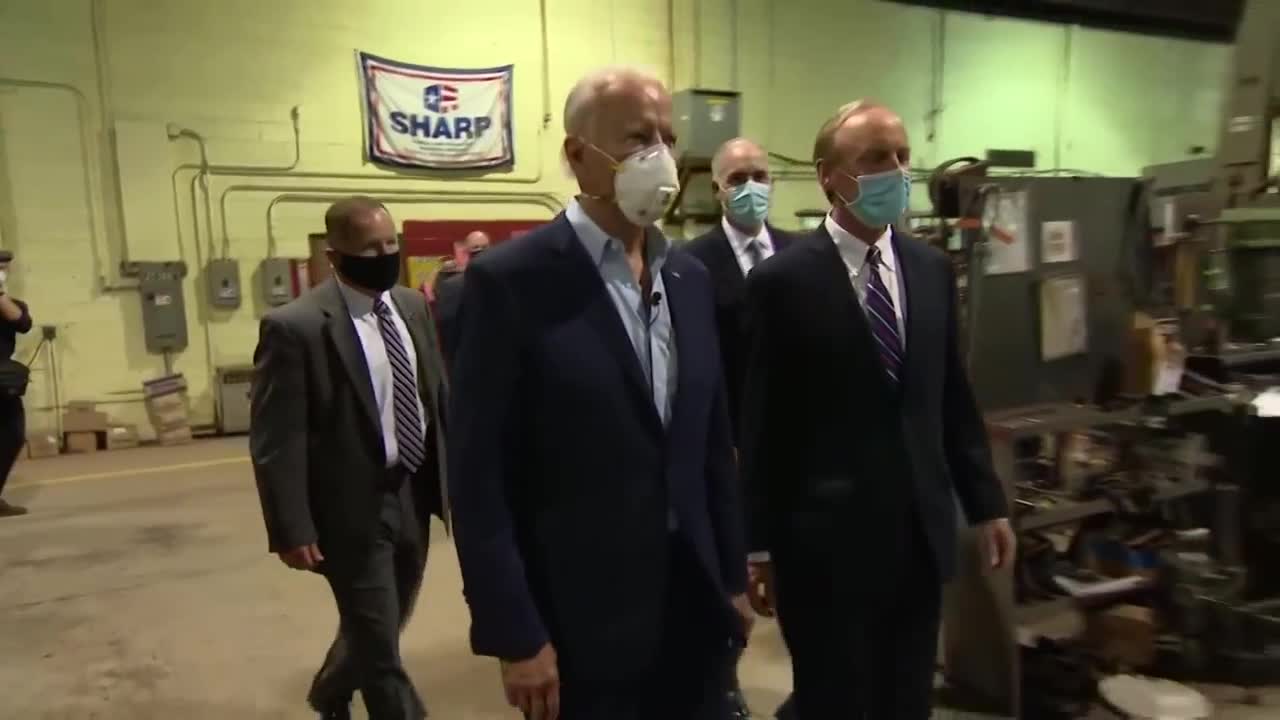 HELENA — A poll released Friday by the New York Times shows Republicans leading in all of Montana’s major statewide races – although not by much.

The poll, conducted earlier this week, showed President Donald Trump with a 49 percent to 43 percent lead over Democrat Joe Biden in Montana. That’s a much narrower margin than his 20-point victory over Democrat Hillary Clinton here in 2016.

In the state’s other big races, Republicans have a smaller lead over their Democratic opponents, the poll said.

The Daines-Bullock contest has smashed all records for spending in a Montana race, likely to top $150 million – twice as much as the previous record from two years ago.

And, in the contest for the state’s only U.S. House seat, Republican state Auditor Matt Rosendale leads Democrat Kathleen Williams of Bozeman 50 percent to 46 percent.

The New York Times/Siena College poll surveyed 758 likely voters in Montana from Monday-Wednesday this week and has a margin of error of plus-or-minus 4.4 percent.

Also, by the time the survey ended, about 290,000 Montanans had already cast their ballots in early voting. Most counties are conducting the election with ballots mailed to all registered voters.

The poll’s results generally match up with most public polls that have been conducted within the past month or so in Montana, showing close contests in the major statewide races.

Other details of the NYT/Siena College poll include:

-- In every race, a majority of women voters favored the Democratic candidate while men favored the Republican candidate. The difference was most pronounced in the U.S. House race, with men favoring Rosendale by 57 percent to 40 percent, and women favoring Williams 53 percent to 42 percent.

-- Also in every race, voters 65 and older favored Democrats, while middle-age voters – those 45 to 64 – lined up strongly for the GOP candidate, often by margins close to 20 percentage points. The youngest voting bloc, those ages 18-44, were evenly split on the candidates.

-- College-educated voters strongly favored Democratic candidates, by anywhere from 18 to 27 points. Almost the opposite was true for those without college degrees – who made up 62 percent of those surveyed.