HELENA- Hotshot crews from around western and central Montana are headed to Canada this week to help fight wildfires that have forced thousands from their homes.

The Northern Rockies Coordination Center (NRCC) confirmed the Helena Hotshots, Bitterroot Hotshots, Lolo Hotshots, and the Flathead Hotshots are all being dispatched to Alberta on Wednesday, June 5.

The teams have been given a 14-day assignment, but have yet to receive the specific areas in which they will be providing aid.

“This is our first assignment for the season and at this point we’re kind of chomping at the bit ready to go out the door and do some work,” said Tighe Stoyanoff, Assistant Superintendent of the Helena Hotshots. 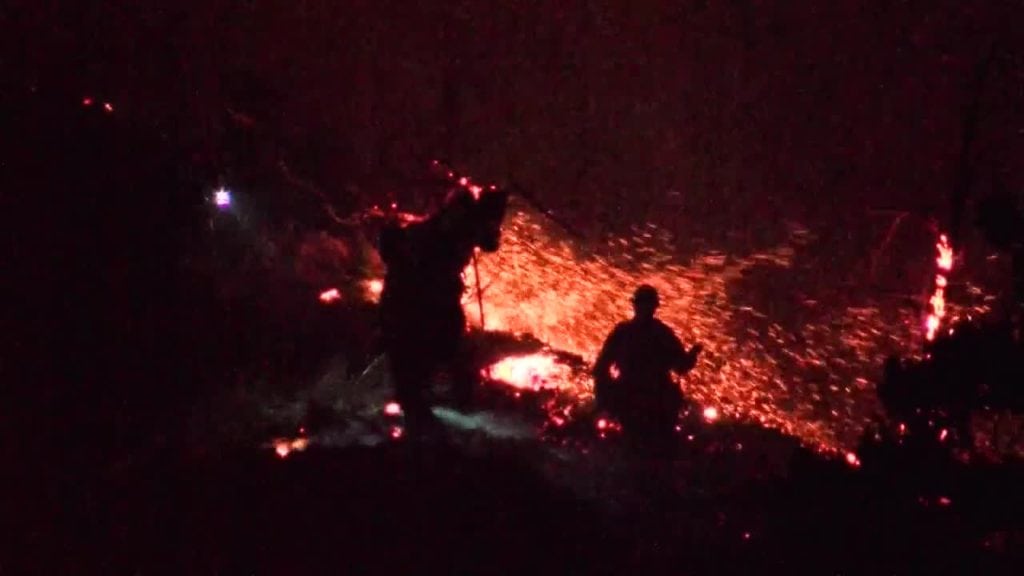 Stoyanoff is an 18 year hotshot veteran and said he got into the business to help people.

“If we get to go help somebody out then we’re having a good day,” said Stoyanoff.

According to the firefighter the work is long and can be very difficult at times. Stoyanoff says the hours spent on a fire are made easier with the other men and women of the Helena Hotshots.

“I get to work with some very talented and fairly positive people; makes it fun to come to work each day,” added Stoyanoff.

According to the Alberta government, four large wildfire complexes are burning in the province.

The largest, the Chuckegg Creek Fire, outside the town of High Level, has burned more than 690,000 acres. The McMillian Complex of fires southwest of the Bigstone Cree Nation has also burned more than half a million acres.

Across the province, more than 10,000 people have forced from their homes.

Currently, there are 2,300 wildland and structural firefighters, 223 helicopters, 28 air tankers and other heavy equipment working to contain the fires.

Interagency Hotshot Crews are the most highly trained, skilled, and experienced type of wildland firefighters in the country. The crews are dispatched to battle the most serious fires.

-John Riley and Eric Jochim contributed to this report