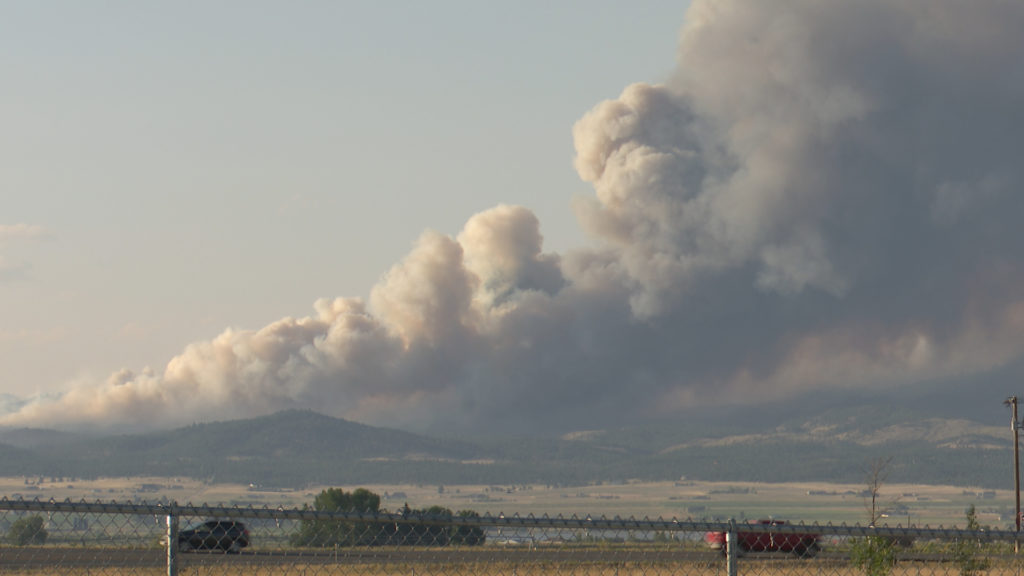 According to a news release at 8:30 p.m., residents in the American Bar and Eldorado Heights Subdivision were advised to evacuate.

Officials say the fire is moving into the Black Sandy Loop area and they want to be prepared if the fire crosses the river.

Firefighters said at a public meeting Saturday evening that the fire had burned far to the northeast. They expect the wind to shift and start pushing a new fire front to the southeast, toward homes.

The latest estimate, according to the incident commander, was around 700 acres.

All evacuations previously ordered on Friday night and Saturday are still in place. Up to date fire information can be found on the North Hills Fire Inciweb page.

This is a developing story, stay tuned to this page and Montana Television Network broadcasts (including the KXLH news at 10) for the latest fire information.