(HELENA) At 6 a.m. Monday – just under three days after the North Hills Fire started north of Helena – the Northern Rockies Incident Management Team 3 took over responsibility for the fire. It is a larger “Type 2” team, including about 58 people from a variety of agencies, mostly in Idaho and Montana.

“We have a little more capacity,” said Mike Almas, the leader of the team and new incident commander. “So we have more people to deal with the planning, we’ve got more people in operations to deal with some of the complexity out on the fire, and we have more logistics folks, because there’s going to be more firefighters showing up here.”

The fire has grown to over 4,200 acres. For the past few days, firefighters have been focusing on protecting homes on the southeast end of the fire.

“When it was starting to come down into some of the populated areas, they did some burnout and some stuff right around the structures themselves as the fire came in – and were very successful that way,” Almas said.

Now, the goal is to continue working on strengthening the lines around the fire, especially on the west and northwest sides. Crews will be working from the air with water drops and fire retardant, and from the ground with bulldozers, hand crews and more. 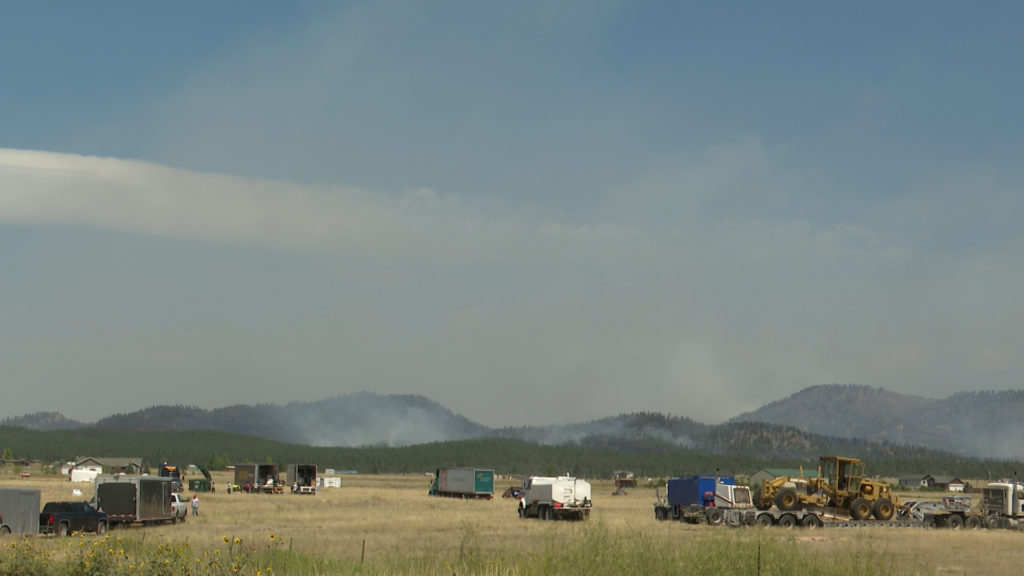 Several hundred more personnel are set to be fighting the North Hills Fire in the coming days. To be ready for them, leaders set up a new fire camp Monday. They reached an agreement with a local landowner to use a property on Collins Drive in the North Valley.

Almas said he’s hopeful that these additional resources will help them make good progress toward getting the fire under control.

“The team before us, the Type Three team, did a great job on their operations and left it in good shape for us,” he said. “So we’re going to go out there and continue with their plan and kind of build off of that.”

You can find updated information about the North Hills Fire on the national incident management website Inciweb (https://inciweb.nwcg.gov/incident/6464/).