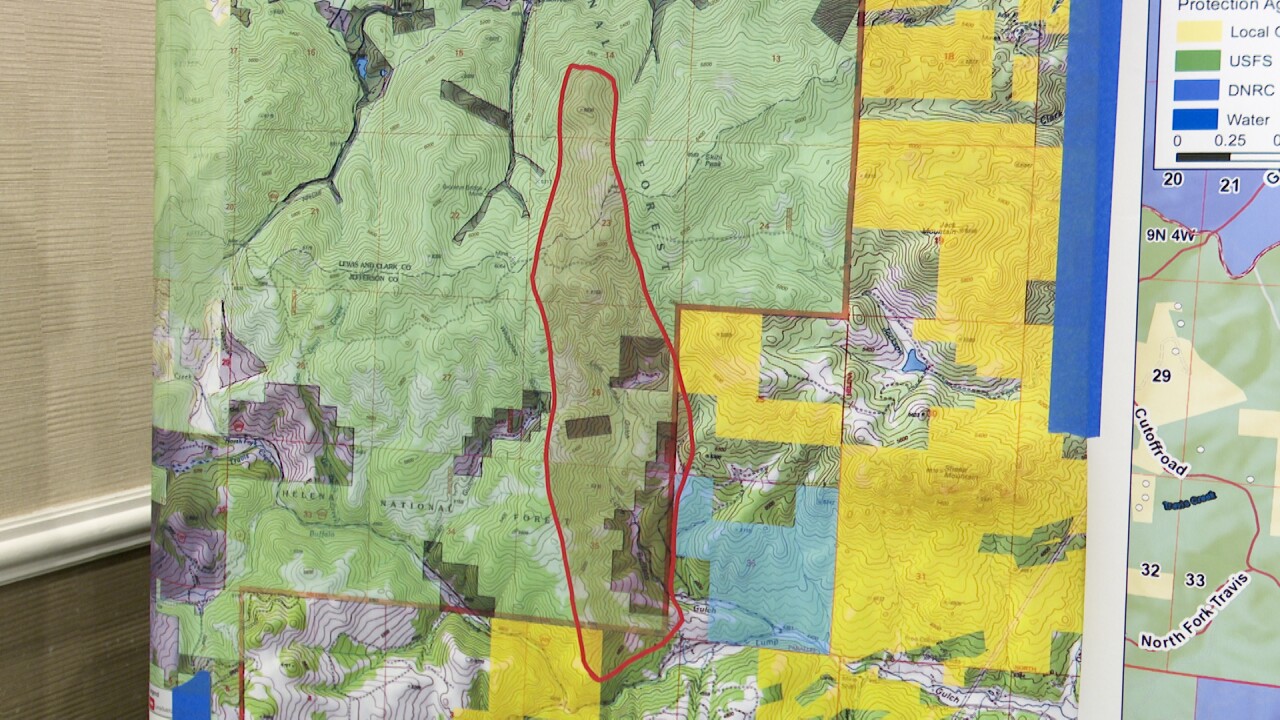 Shane Martin is the incident commander, with the Central Montana Type 3 Incident Management Team. He says, since his team took over on Sunday afternoon, they haven’t seen much growth – and they don’t expect significant growth in the coming days.

“We received quite a bit of moisture on the fire, so it helped cool it off a lot,” Martin said.

Two outbuildings have been lost in the fire, but no other structure damage has been reported yet. There are structures in the area, particularly on the south end of the fire in Jefferson County. Pre-evacuation orders have remained in place for some nearby subdivisions. However, Martin said the immediate risk to homes remains low.

Firefighters are now working their way along the east and west perimeters of the fire, trying to establish more secure containment lines. Leaders say the terrain is very difficult and progress has been slow. Most of the work is being done by hand crews, but they are also using engines and heavy equipment to reach the fire.

Martin said the heavy winds on Saturday caused the fire to grow quickly, but very unevenly, through downed trees and other heavy vegetation.

“It’s a long, skinny fire,” he said. “The edge of it is very undefined, there’s a lot of spots, so it’s making it a lot more time-consuming for the crews.”

Another issue is the large number of snags – dead trees that create serious risks for firefighters.

“There’s a lot of standing dead timber in the area, and it makes it much more difficult for our crews to access, due to the threat of trees falling on them when they’re working,” said Martin.

Over the next few days, Martin said they expect to get a better handle on the fire. Their goal will be to start cooling down the burning areas inside the perimeter.

However, Martin said people in the Helena and Clancy areas shouldn’t be surprised if they still see some smoke in the coming days.

“For the foreseeable future, though, due to the way the fire burned, there will be interior smokes and smoldering that people will see in the fire,” he said. “There’s just areas we won’t be able to get folks into.”

About 130 people are currently working on the fire. Leaders are continuing to ask the public to stay away from the area if possible, so fire crews can get around safely.

You can find the latest information on the Lump Gulch Fire online on Inciweb (https://inciweb.nwcg.gov/incident/6770/).