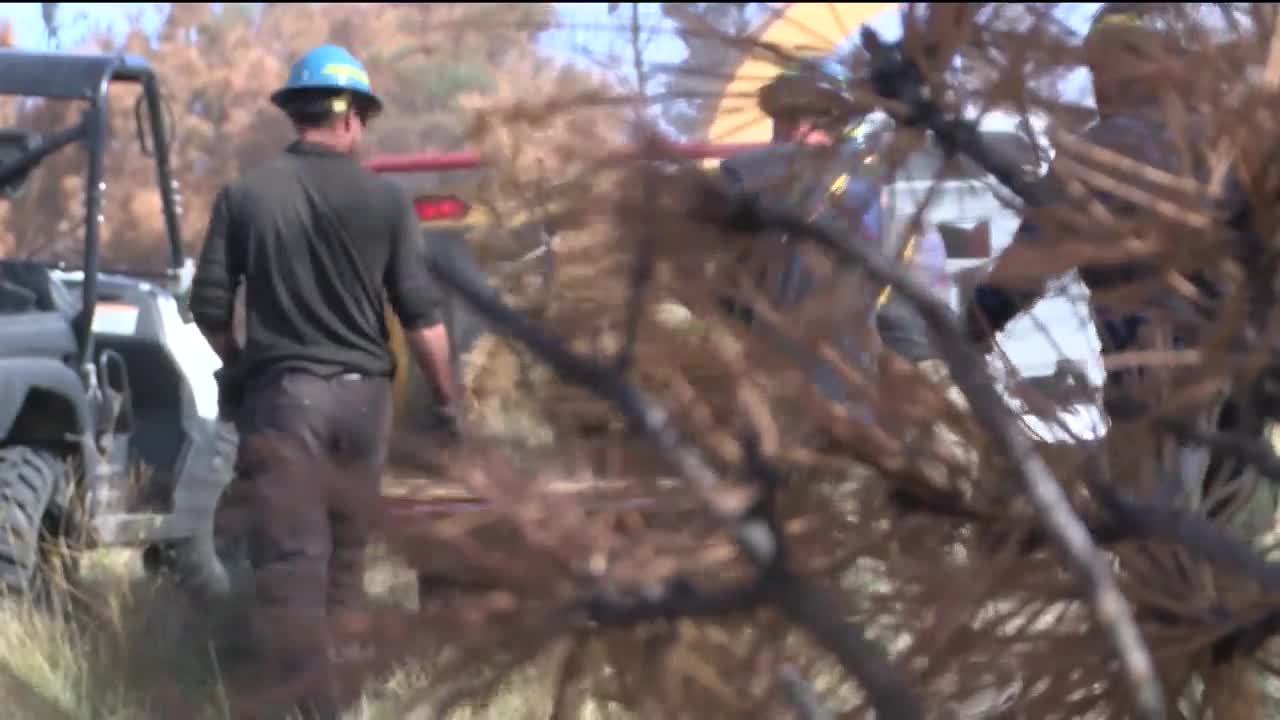 HELENA — The Bureau of Land Management (BLM) North Hills Recreation Area remains closed to the public while crews from the Montana Dept. of Natural Resources and Conservation (DNRC) work in the area.

“What we’re doing here is doing fire suppression repair,” explained Devin Healy, DNRC Helena Unit forester. “We’re repairing the damage caused by fighting the fire, putting back together the control lines and cleaning up the material that was cut while fighting the fire.”

The North Hills Fire outside Helena burned more than 5,000 acres this summer and caused the evacuation of the surrounding homes.

While fighting the North Hills Fire crews created nine miles of fire lines, both by hand and with a dozer.

Healy says the DNRC has a long term commitment to each wildfire and making sure the damage they created while fighting the fire is repaired.

“We want to put this back as much as we can to its pre-fire state and do the repair work there to make it look like we weren’t there,” said Healy.

DNRC personnel are currently working to chip felled timber, pull back berms and build drainage lines to help with erosion.

An excavator is utilized on dozer lines to re-contour the land and make it look more like it naturally would.

“We’ll also grass seed that to make sure noxious weeds don’t get established and reduce erosion,” said Healy. “The other thing we’re doing is pulling material across the line to prevent any unauthorized vehicle access.”

DNRC warns that even with the work being done, the area is and will be dangerous.

“There’s burn snags(dead trees) and a potential for flash floods due to the removal of vegetation,” said Healy. “You will also see increased runoff if you’re downstream from the fire area for the next several years likely.”

Healy added it will take many years for the North Hills to fully recover from the fire.

DNRC would also like to thank all of the organizations that responded to the North Hills Fire.

“While DNRC is out here doing this fire suppression repair right now, we wouldn’t be able to do our jobs without our partners at the U.S. Forest Service, the BLM and the volunteer fire departments,” said Healy. “They are hugely beneficial and we work really well together. We want to thank them for all of their efforts.”

The North Hills Access site will remain closed until further notice from BLM.