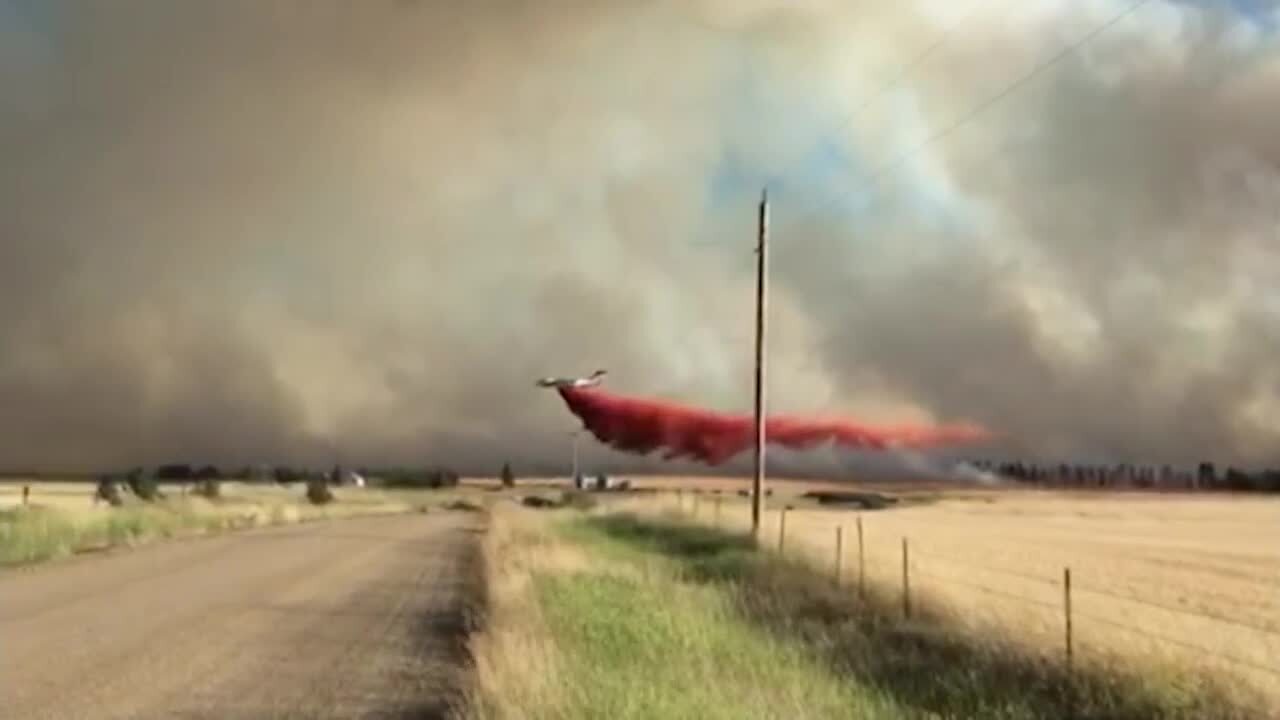 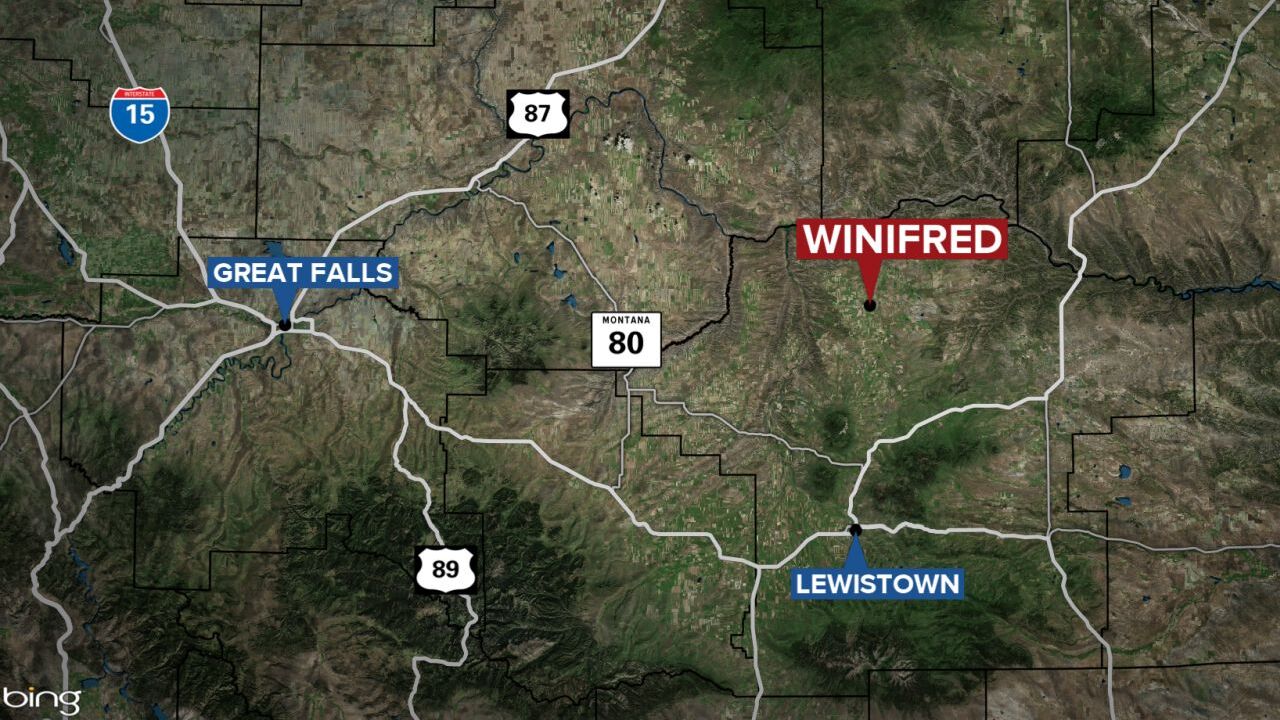 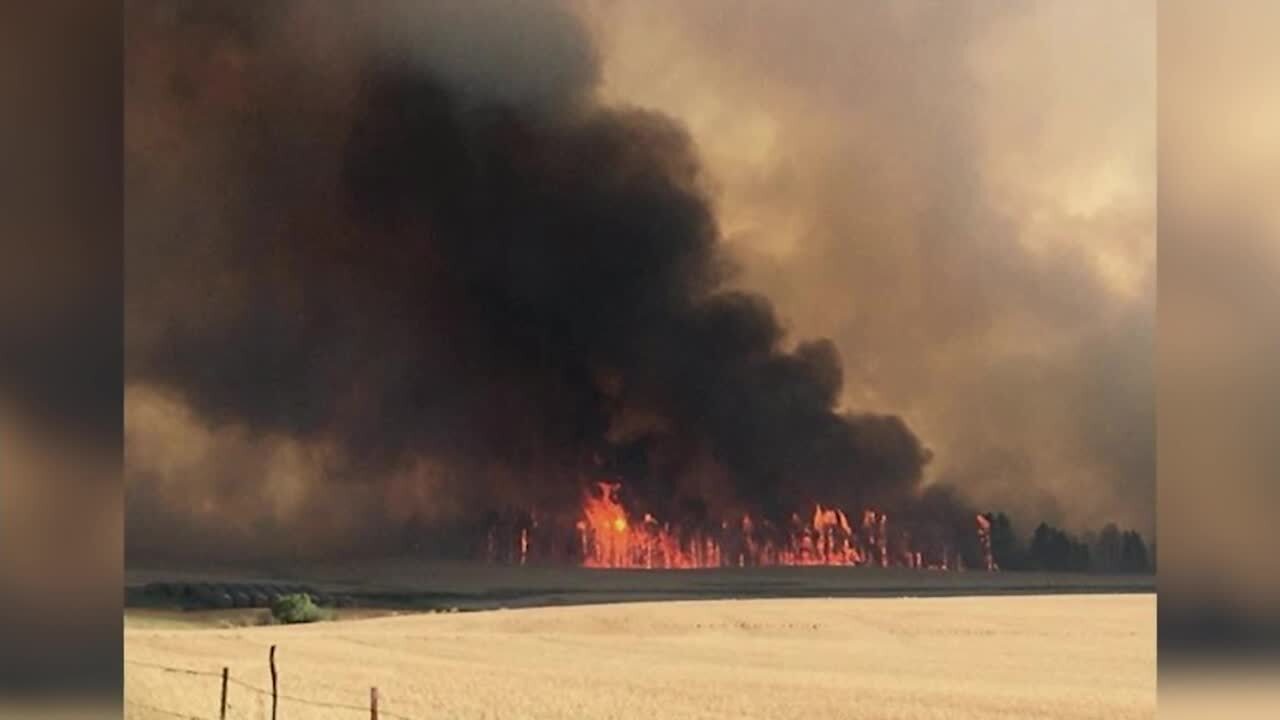 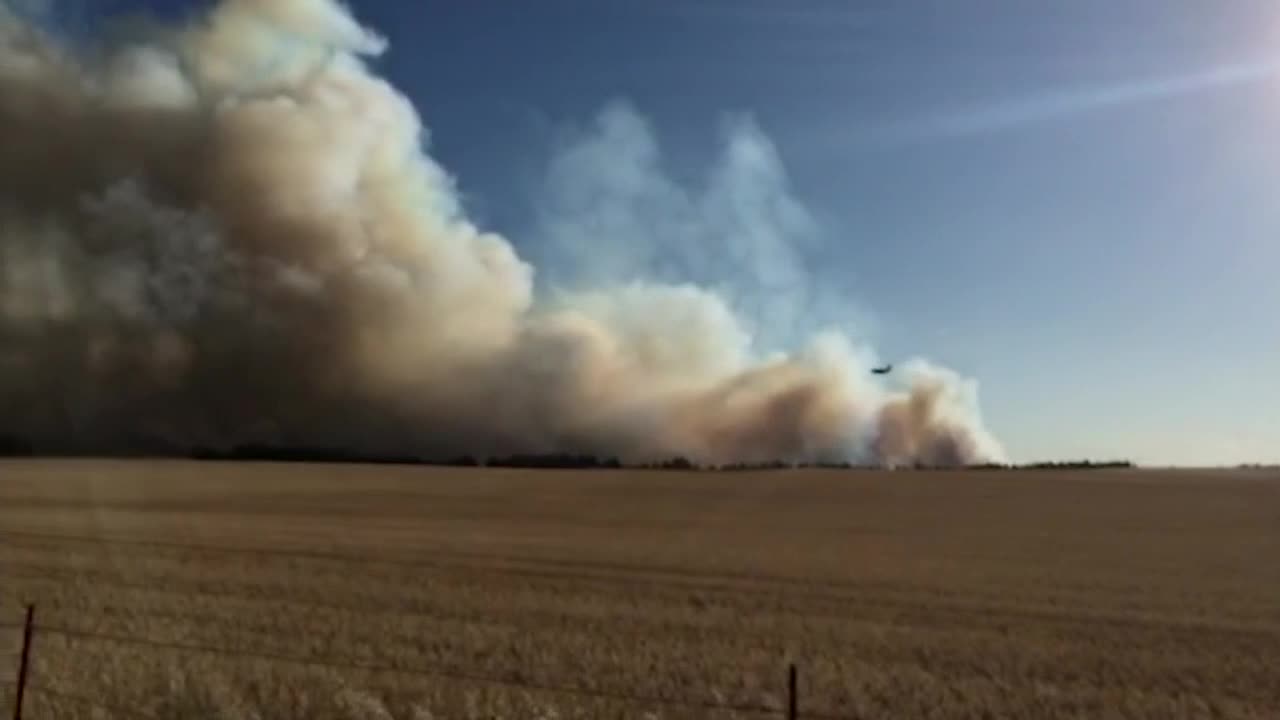 The first fire, named the Porphyry Peak Fire, is burning east of Judith Peak and is about ten acres in size. Crews had the area 30% contained as of Friday night.

The officials say the second, the Judith River Road Fire, is burning about eight miles northwest of Winifred and was around 1,000 acres in size as of Friday night.

The second, larger fire ignited around 6 p.m Friday evening; he says an airplane and helicopter continue to work at the scene.

Video and pictures from Raynee Pearson shows a large plume of smoke blanketing the skies as heavy winds whip across the area.

Pearson told MTN News they live about 26 miles from Winifred across the Missouri River and could see the smoke from their kitchen earlier in the evening. "You could see way behind where it had started, but it was still just billowing up more and more smoke," she said. “It just keeps on going."

Pearson says she and her family drive toward Winifred to see if any farmers or residents needed help. She saw farmers working tirelessly to plow fire lines to protect fields from the flames.

"There was the plane that flew over and dumped the fire retardant,” she said. “Kind of where the same place where the farmers were trying to work up the land there.”

Philips says more federal resources are en route to the scene; they should arrive on Saturday.

At this point, there is no indication of any injuries or damaged/threatened structures, nor the cause of the fires.