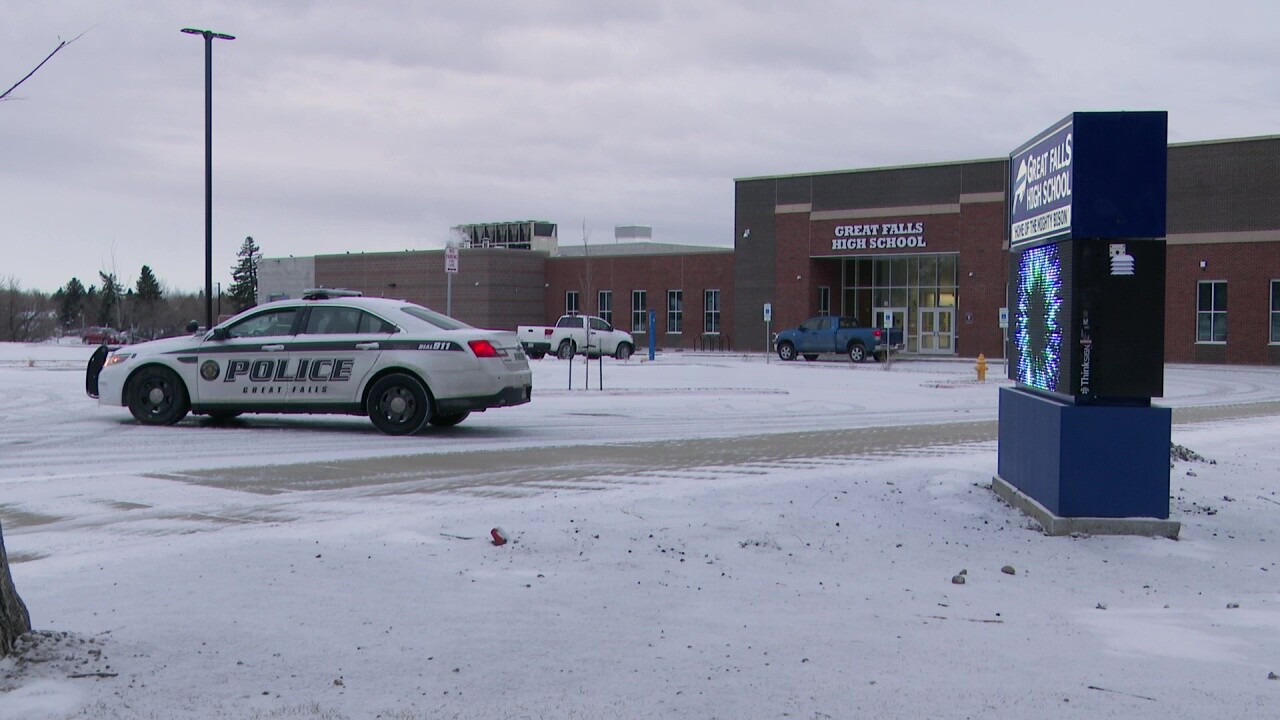 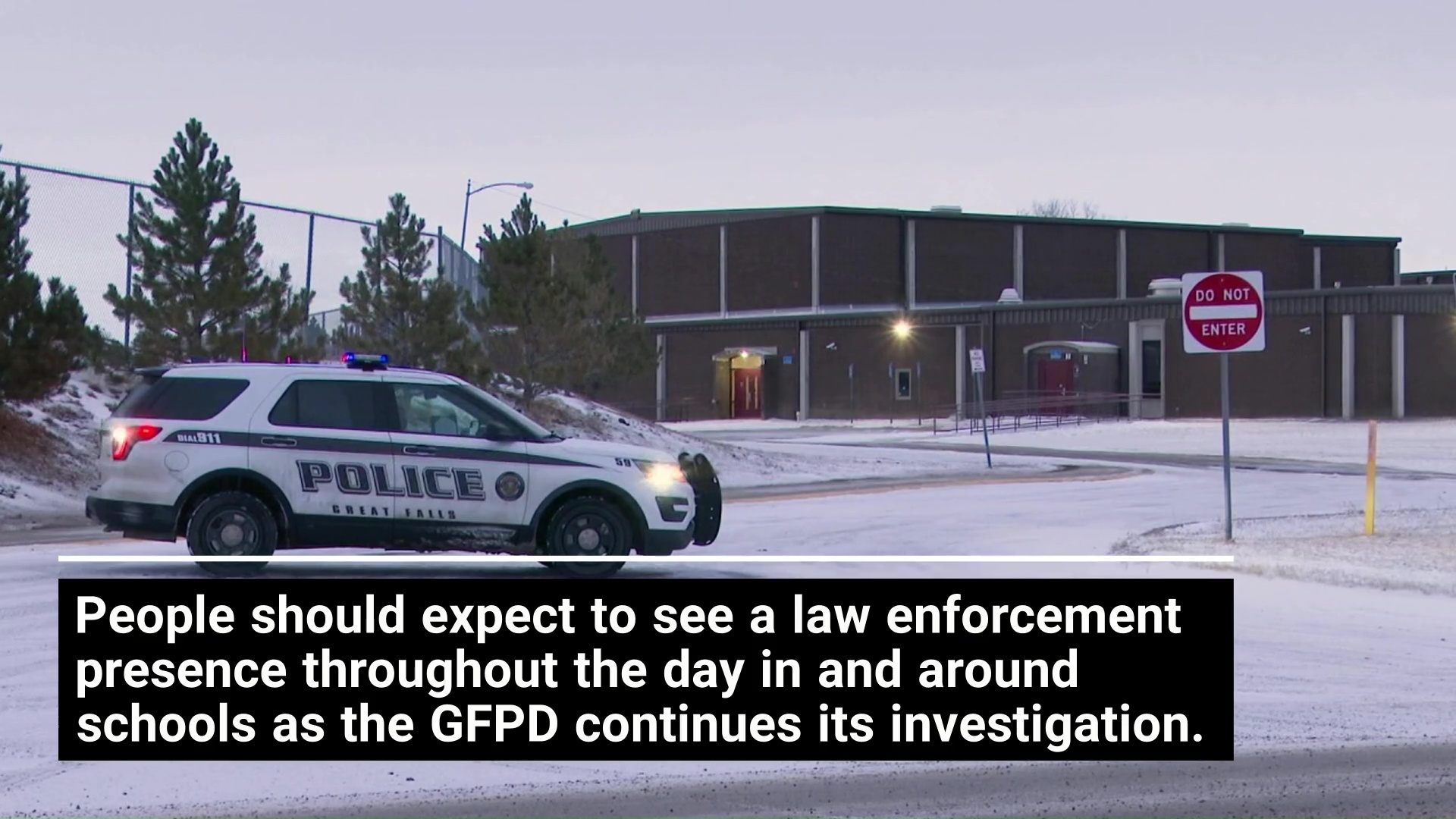 (UPDATE, 9:25 am) The Great Falls Police Department said in a news release at 9:21 a.m. on Monday that the closure of schools in Great Falls today is due to a threatening note that was posted at an elementary school.

The threatening note caused all Great Falls Public Schools and most private schools in Great Falls close for the day. In addition, all activities in GFPS Schools have been canceled for Monday evening.

A school employee found the message; the handwritten note included threatening verbiage, including a bomb threat, targeting multiple schools in the community.

The GFPD said that as the safety of all students and staff is always a top priority for GFPS administrators and the GFPD, the decision was made to cancel all school activities for the day.

Several private schools have opted to also suspend activity for the day. It is not believed Cascade County rural schools are affected; rural community members are encouraged to contact their school directly with questions.

The GFPD said they appreciate the community’s cooperation as "we recognize this is an inconvenience for all students, parents, and faculty."

(UPDATE, 8:21 am) All public schools in Great Falls are closed today, and several other schools have followed suit. The closures were made after unspecified threats were made to at least one school.

The Great Falls Police Department has asked that people NOT call 911/Dispatch for information about the situation. The dispatch center should be used for legitimate medical, fire, and police issues and emergencies.

The GFPD says that in addition to GFPS, they have confirmed that the following schools are also closed today:

Great Falls College-MSU posted on Facebook saying that it is open today. GFC officials are monitoring the situation at GFPS. We also received an email from Foothills Community Christian School, who said that their policy is to follow the lead of GFPS in weather and safety related delays and closures. As a result, there will be no classes today and FCCS will be closed for staff and students.

The GFPD said that they do not believe Cascade County rural schools are affected, and advise parents to contact those schools directly if you have questions.

We will keep you updated as we get more information.

(1st Report, 7:21 am) Great Falls Public Schools announced at 6:55 a.m. on Monday that all public school in Great Falls are closed today due to threats.

The Great Falls Police Department says that the sudden closure is "due to an ongoing police investigation."

The GFPD says that people can expect to see a police presence at all schools throughout the day, and that "we realize this is an inconvenience for your family, but the safety of your children is of paramount importance."

GFPS said that students in need of daycare can be taken to Paris Gibson Education Center.

In addition, the University of Providence says that its campus also will be closed today due to the GFPS situation. UP said there is "no immediate threat to our campus at this point, but we take our students, faculty and staff and their families’ safety seriously."

We have also received word that all Catholic schools in Great Falls are closed.

There is word at this point of any threats or closures to schools outside of Great Falls.

We are working to find out more about the situation and will keep you updated.