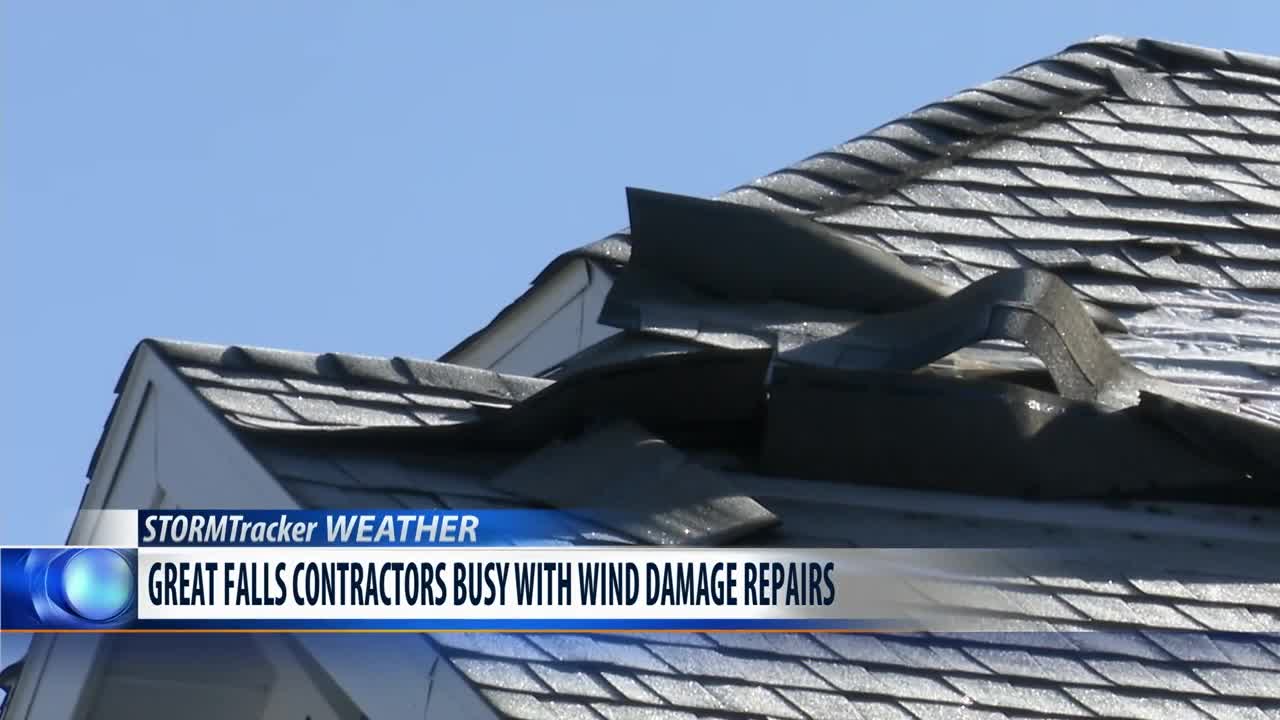 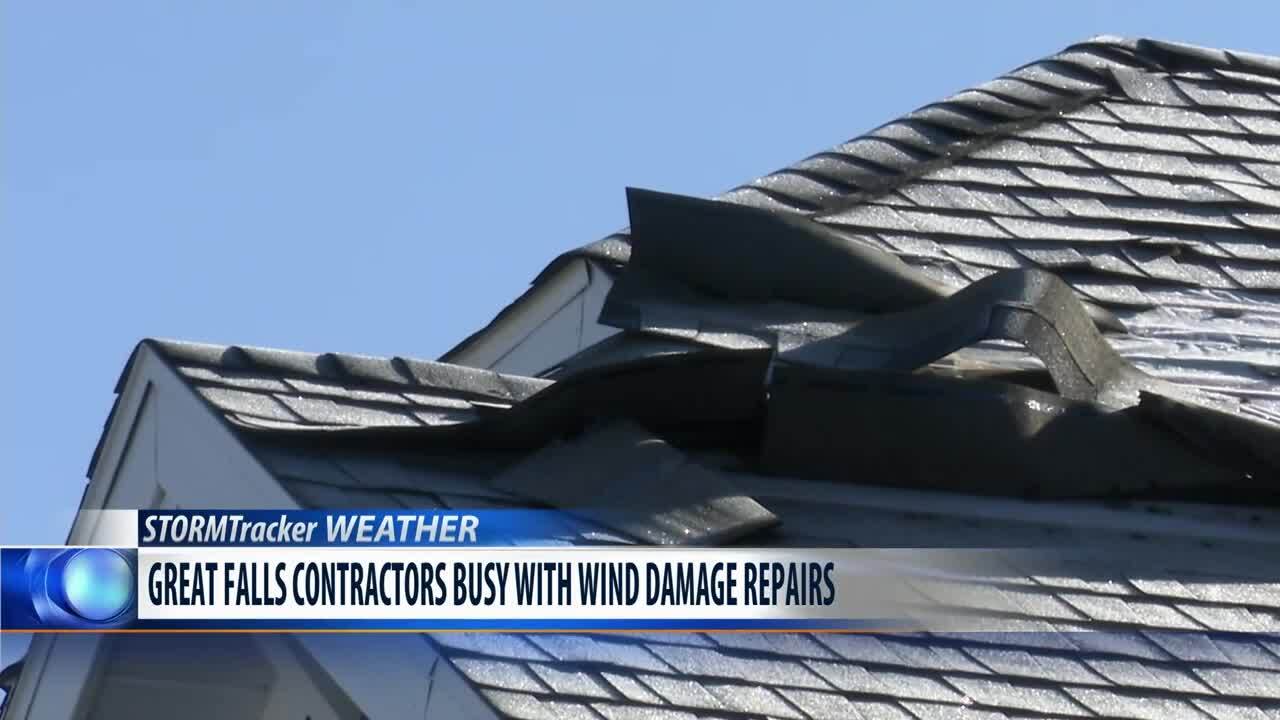 The powerful wind storm on Saturday shook the city of Great Falls - and its roofs.

The National Weather Service reports that the Deep Creek weather station south of Browning recorded a peak wind gust of 106 mph. Babb was hit by a peak gust of 92 mph, and Browning recorded an 89 mph gust. At Great Falls International Airport, the peak gust was 82 mph, and in Choteau, a gust of 75 mph was recorded.

A-1 Contractors said they received 30 calls on Monday - 10 times more than their daily average.

“I grew up in Great Falls and this was probably the strongest wind I've ever seen. It was crazy," he said.

Damages from storms over the summer and on Saturday weekend could keep contractors like Wood busy for months.

"I think a lot of the companies are already pretty busy with the storms from last summer and so now with this windstorm, I think this’ll probably keep us busy for several months."

In addition to the sheer volume of calls, contractors require warm weather for proper installation. He explained, "It’s typically between 40 and 45 degrees...in the spring and in the summer the temperatures are right to give a really good seal down so anywhere probably from April through the end of September."

“Most of the repairs will be with some type of synthetic felt that will go over the top of the shingles, until it’s the right temperature to install,” Wood said.

Wood adds that the temperature needs to stay consistently at or above 45 degrees in order to prevent voiding the manufacturer warranty.

“You’re going to want to have it at least 45 degrees steady, not just hitting 45 degrees one day and then installing them. That can be problematic,” Wood said.

In the meantime, Wood will be fixing damaged roofs by replacing fallen shingles with felt paper.

Wood also stressed that even without shingles, your roof is likely secure.

“The nice part is when it’s wintertime, the moisture in snow is not as great in like a windstorm of course. so there’s not a lot of risk in it,” Wood said.