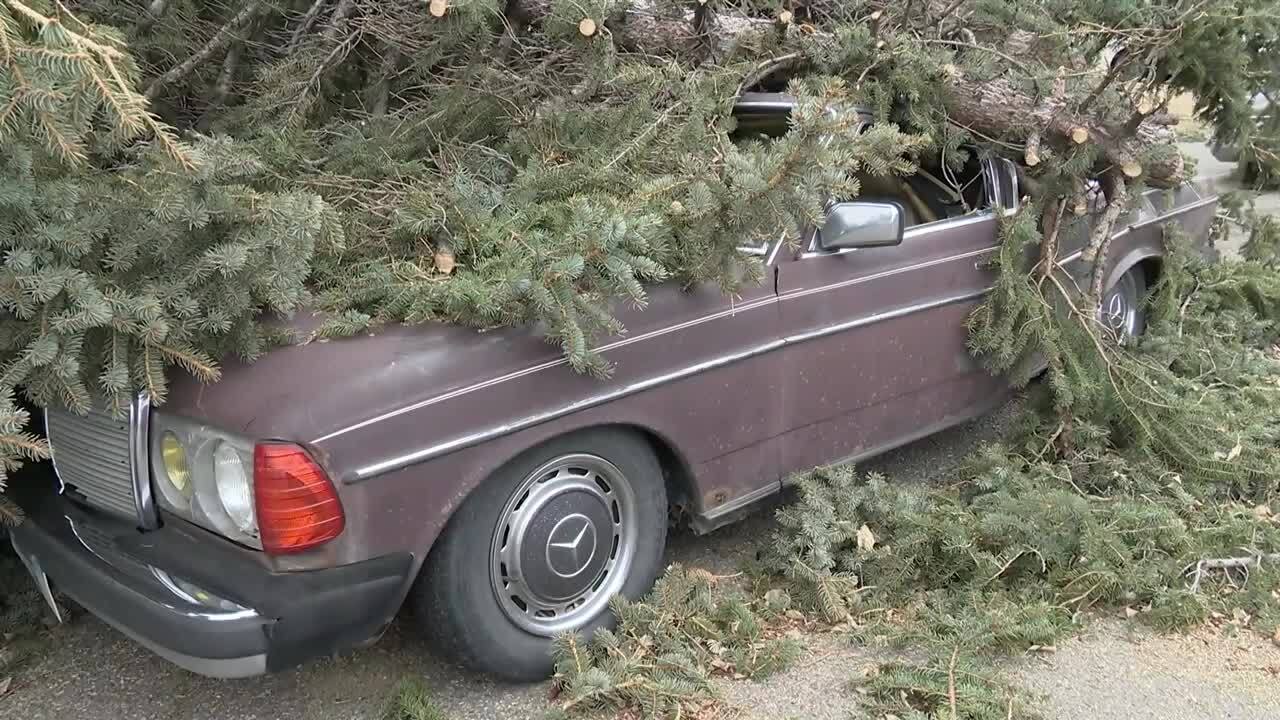 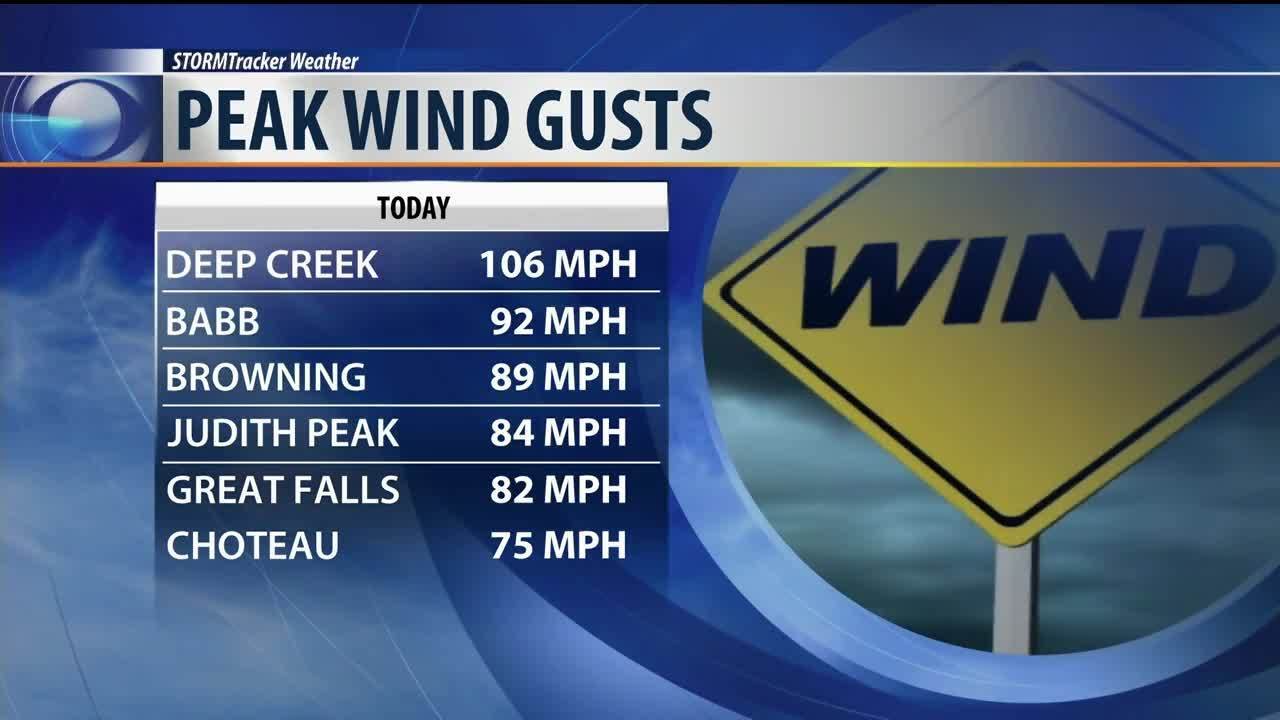 Hurricane-force gusts and powerful sustained winds rocked areas of Montana on Saturday, notably along and east of the northern Rocky Mountain Front. The winds began picking up on Friday night, and by Saturday peak gusts exceeded 80 miles per hour in some areas, and even topped 100 mph in Glacier County.

The winds caused major travel troubles and toppled trees in and around Great Falls, causing "brown-outs" along some roads, knocking over utility poles, and triggering power outages to thousands of people.

The powerful winds kicked up dust along several major roads, triggering several crashes along US Highway 87 between Great Falls and Fort Benton. Just after 5 p.m., the Cascade County Sheriff's Office closed US Highway 87, and Highway 89 from the Sand Coulee junction to Belt. The Sheriff's Office said: "There have been numerous vehicle accidents with injuries, these crashes involve two Sheriff’s patrol cars. Two deputies and one citizen are being treated for minor injuries." Just after 10 p.m., Sheriff Jesse Slaughter announced that the roads have re-opened.

Traffic was also hampered by the weather, as the winds knocked out traffic signals for several hours in parts of Great Falls, including along a large stretch of 10th Avenue South.

Great Falls resident Rocco Houseman was at his house repairing his wind-damaged roof when a tree fell outside of his family home. The fallen tree cost Houseman and his family thousands of dollars.

In addition to causing financial problems trees of this size run the risk of taking out power lines. NorthWestern Energy spokeswoman Erin Madison said that downed trees was one factor that led to the region’s widespread power outage problem.

“A lot of what we saw was trees coming down and falling onto power lines and taking the lines down. Sometimes wind does knock over poles as well but typically it’s large trees that knock out a line,” Madison said.

Madison added that while the staff prepared for yesterday’s storm my scheduling extra workers, they had no idea those conditions would be so severe.

“We certainly keep a close eye on the weather, we knew that high winds were coming. I don’t think anyone knew it would be quite this bad,” Madison said.

As the wind blew along and east of the Rocky Mountain Front, reports of power outages poured in as well. “The challenge this time was really how widespread it was; there were so many outages in so many different areas,” Madison said.

NorthWestern Energy crews attempted to fix the outages that affected the most people first.

“If we can fix a line that’s going get a whole bunch of customers back in that’s gonna be a priority over getting a couple of customers in,” Madison said.

Crews were still out working to restore power in the region Sunday.

Madison offered some advice for dealing with current or future outages: don’t approach or touch downed power lines, as they could be live; and call to report power outages and fallen power lines. “If you have called, know that we’re aware of your power outage and we’ll get to it as soon as possible,” she said.