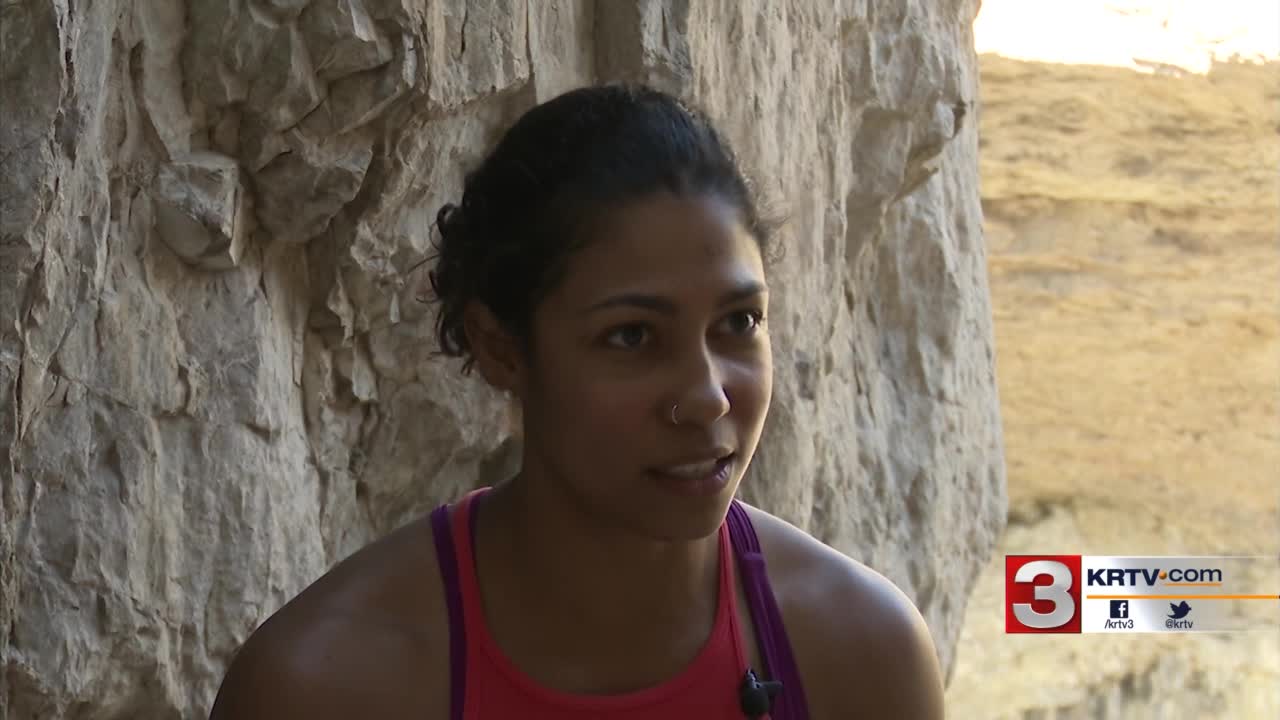 Rock climbing: the sport of holding on to rock with the support of rope and gear. However, it’s the master mountaineers that help rock climbing rookies reach the peak of their abilities.

There’s a Great Falls woman who has spent the past few years climbing toward that peak.

Renowned rock climber Maiza Lima climbs across the country in pursuit of her passion. Just five years ago, she took the first steps of her rock climbing career.

“After like hiking for so many years, I just always wanted to like get higher and just found the need of doing something more extreme than just kind of walking around cliffs, you know?” Lima said.

On her first climb, she hit a wall tougher than rock: “Halfway up the wall and I felt like I was so high and was really scared of heights then, so I asked them to come down.”

She learned to face the fear, saying, “The fear is always going to be there, whether it's a fear of falling or a fear of failing.”

“You start just telling yourself that it's ok, that fear is just irrational and you just gotta push for it um and with time you start getting way more comfortable on the rock.”

Shortly after, she met her husband, Dallin Wilson, a seasoned climber who would teach her the ropes and how to get a hold on her fears.

“Maiza, she was a climber in earnest. She still kind of clung to a lot of fears about climbing and just really didn't understand that - she really is strong and could do so much more,” Wilson said.

So he challenged her to scale the confines of her comfort zone. “I always pushed her way above her limits. constantly pushed her into the next comfort zone and she surpassed me since. she definitely climbs harder than me,” Wilson said.

Now he helps her harness her talent: “He's still here like fully supporting me. He absolutely tells me to just follow my passion.”

Coaching climbers is an essential part of climbing.

“Everybody spends time training newbies and that's really how it goes. Just somebody eventually will take you out and show you what to do,” Wilson said.

Now Maiza coaches climbers as well - teaching tenderfoots how to step up their skills.

“I'm proud of myself and im extremely satisfied with what I did but now it's like how do I get to do more?” Janae said.

“I got to the top and it's like that rush of energy where you think you're not gonna reach a hold and you might fall but then you do it anyway. That pride that comes with that...it's unexplainable."

Whether you’re a rookie rock climber like Janae or seasoned in the sport like Maiza - when you’re climbing, confidence is key.

“It's really easy to not have the confidence and think you're not good enough but i just gotta get out there and try,” Lima said.

Maiza will face new heights soon when she takes on the Jesus Wept route in Kentucky next.