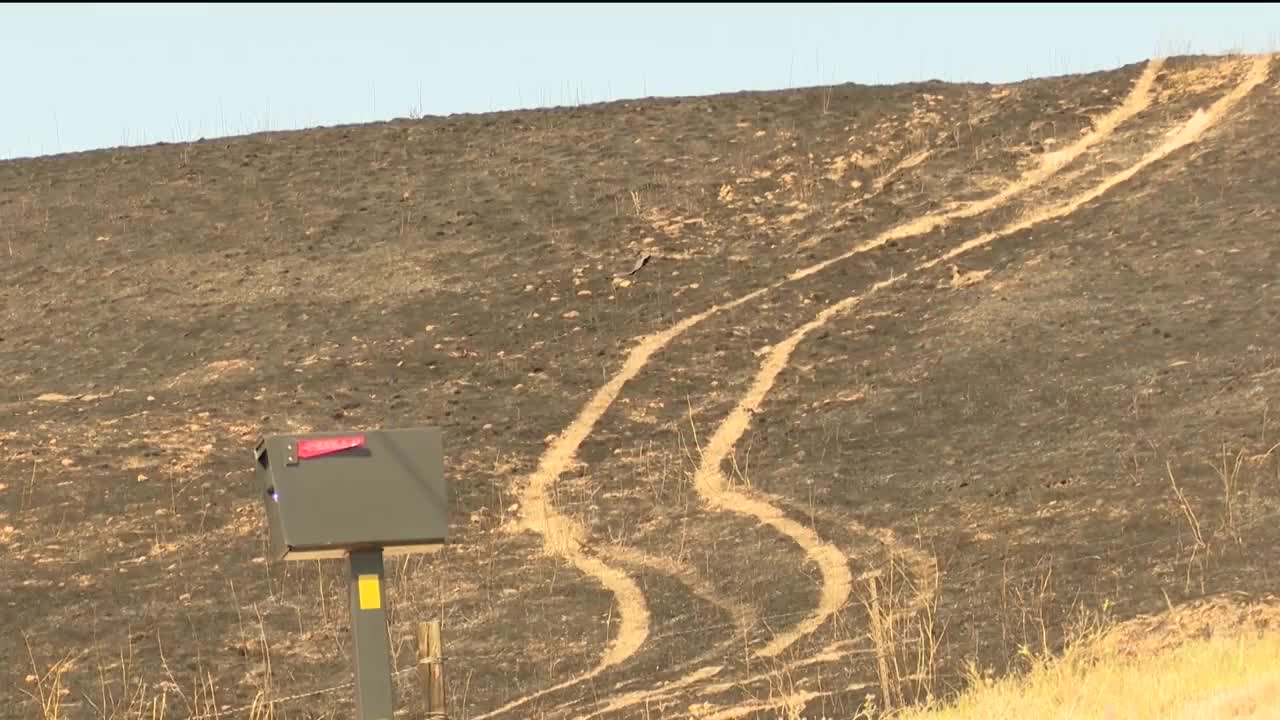 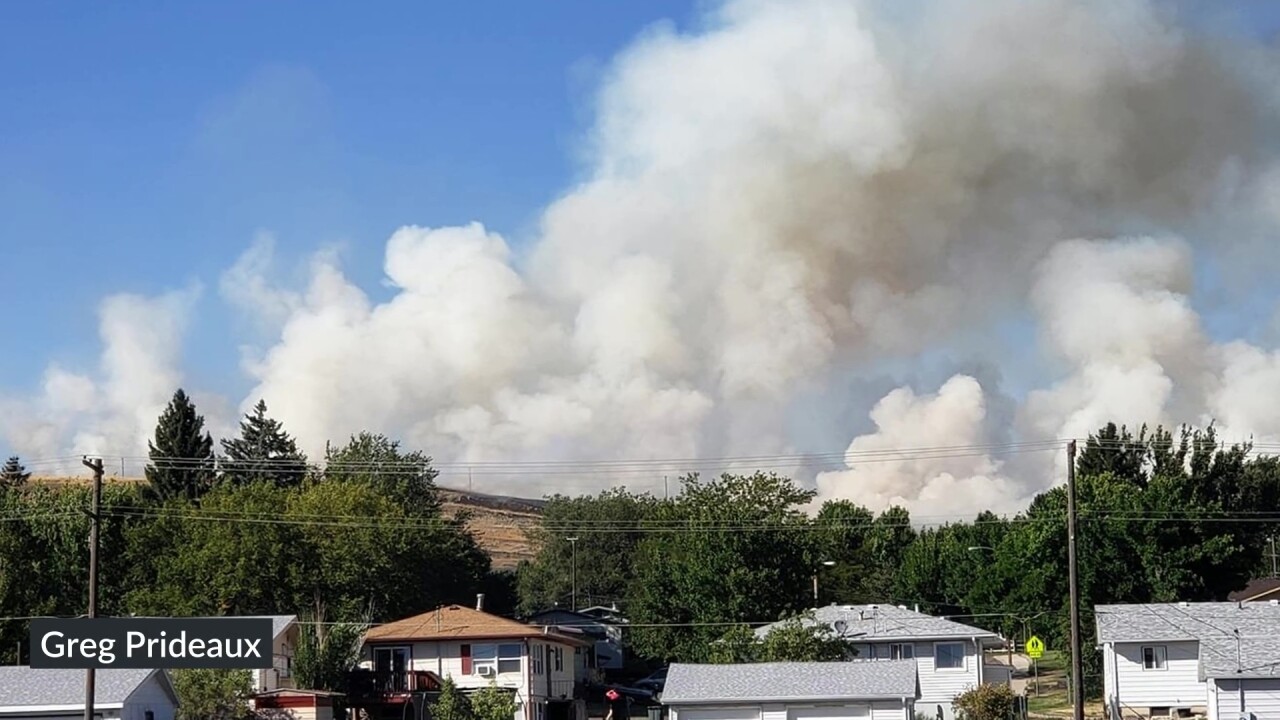 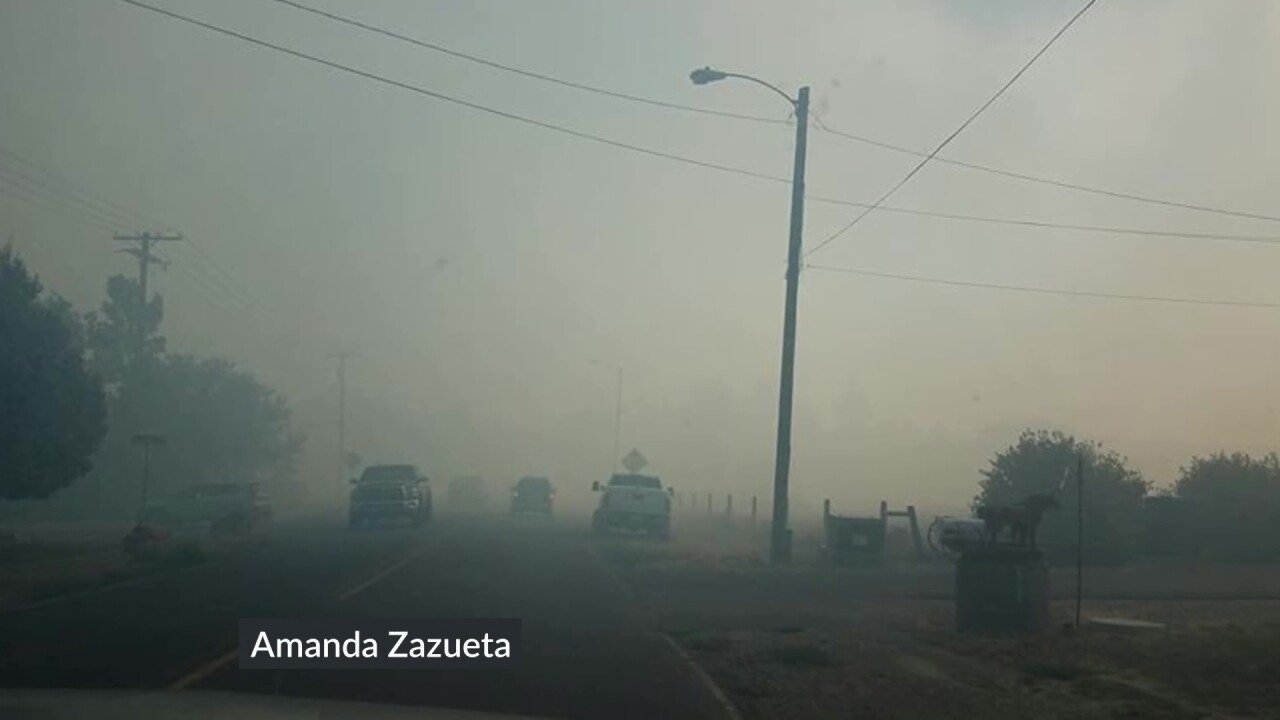 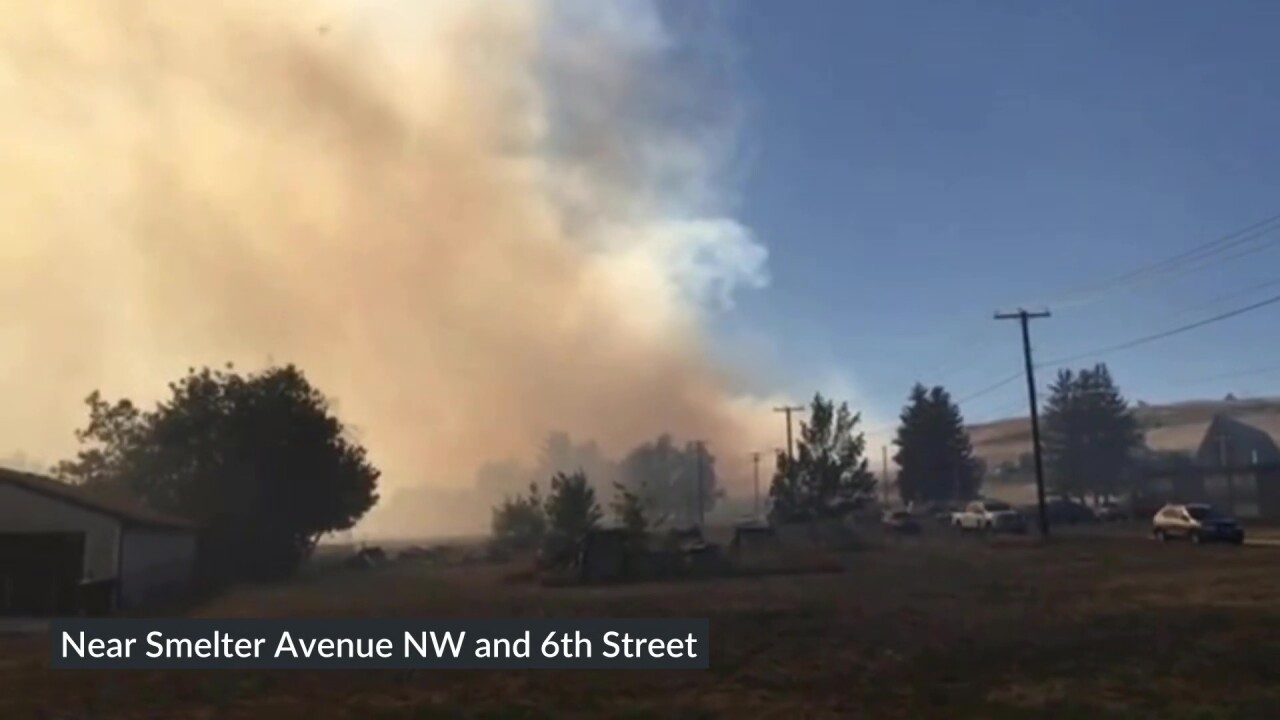 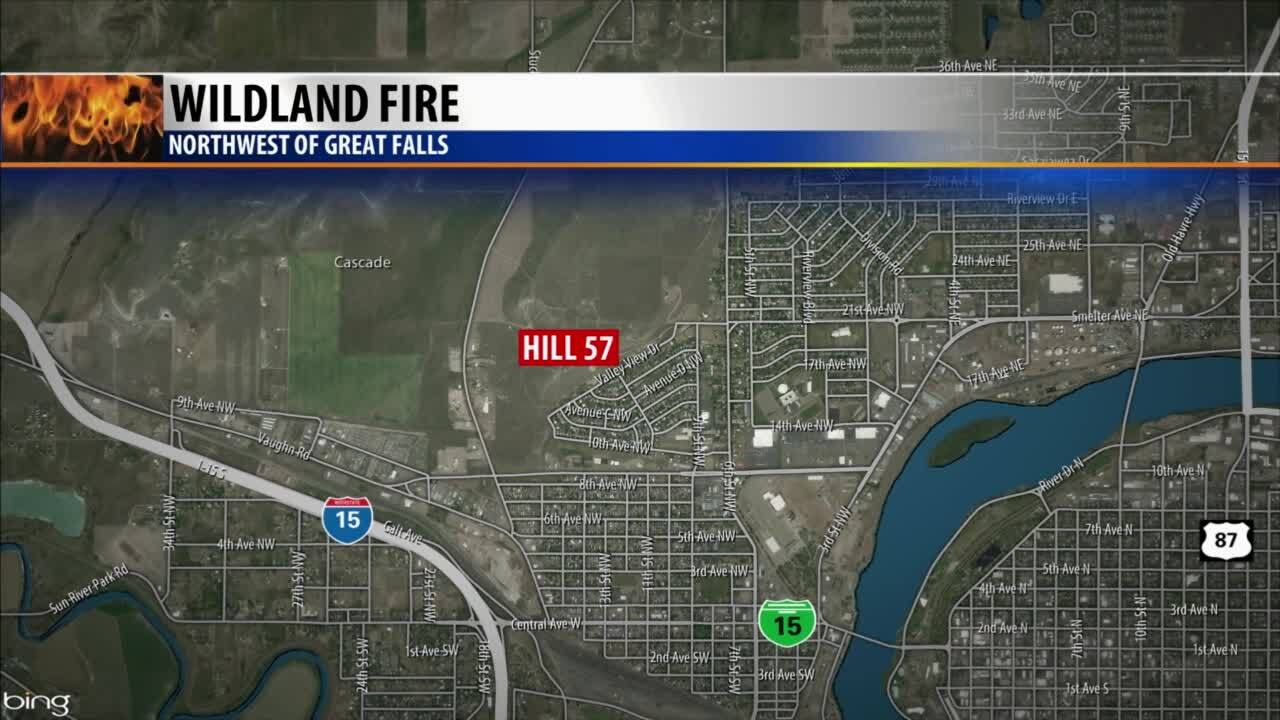 A grass fire on Hill 57 on the northwest side of Great Falls on Wednesday burned about 80 acres.

The fire broke out just before 4:30 p.m. just north of the Valley View neighborhood. Smoke and haze poured into the sky, limiting visibility in some areas.

Several homes were briefly evacuated, but we have not yet received confirmation of the number of people affected.

According to Black Eagle Volunteer Fire Department, the only structural loss was a small shed; the agency posted on Facebook: "With the amazing response from local agencies we were able to save many homes."

There were no injuries reported.

By 6 p.m., most of the emergency crews and vehicles had left the scene, and the air began to clear.

The cause of the fire has not yet been determined.

(1st Report, 4:44 pm, Wednesday) Emergency crews are responding to a fire on or near Hill 57 on the northwest side of Great Falls just north of the Valley View neighborhood, and west of the Skyline/Riverview neighborhood.

The fire was reported at about 4:30 p.m. on Wednesday. Smoke can be seen from miles away, and smoky haze is drifting into areas of Valley View and Riverview.

Firefighters from several agencies have been called to respond.

Great Falls Fire Rescue posted on Facebook at 5:15 pm: "Fast moving grass fire threatening structures on the west side of town off Hill 57... please avoid the area to allow crews to works safely and evacuations to occur as needed."

At this time, we do not know of any evacuation orders.

There is no word yet on the possible cause of the fire, nor the size.