Police, firefighters, dogs, a drone, and a helicopter are being used
Posted: 2:24 PM, Jan 29, 2020
By: Jennifer Houseman, David Sherman 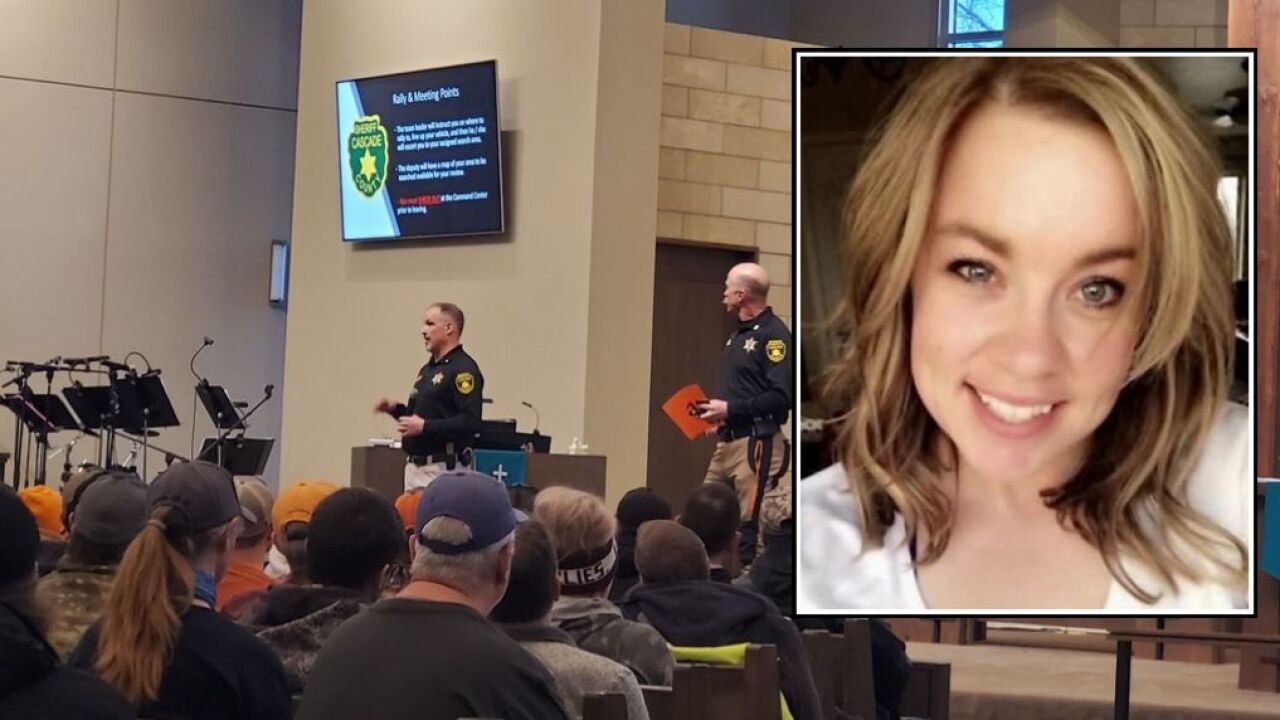 (GREAT FALLS) Scores of volunteers showed up at Faith Lutheran Church on Wednesday to assist in the search for Amy Harding-Permann.

Cascade County Sheriff Jesse Slaughter provided an explanation of the area and guidelines and safety concerns for searchers; initial estimates indicate that more than 150 volunteers showed up.

He said that additional search volunteers are not needed at this point, because they don't want to have to explain all of the guidelines to every new person that arrives. However, people are welcome to drop off bottled water and/or refreshments at the church for the searchers.

Sheriff Slaughter said on Monday that she got into an argument with her boyfriend John VanGilder at the residence. She then allegedly assaulted him before leaving the house and headed in the direction of the Missouri River, which is very close to the house. VanGilder told police she was not dressed for the weather as she was only wearing a long sleeve shirt and yoga pants.