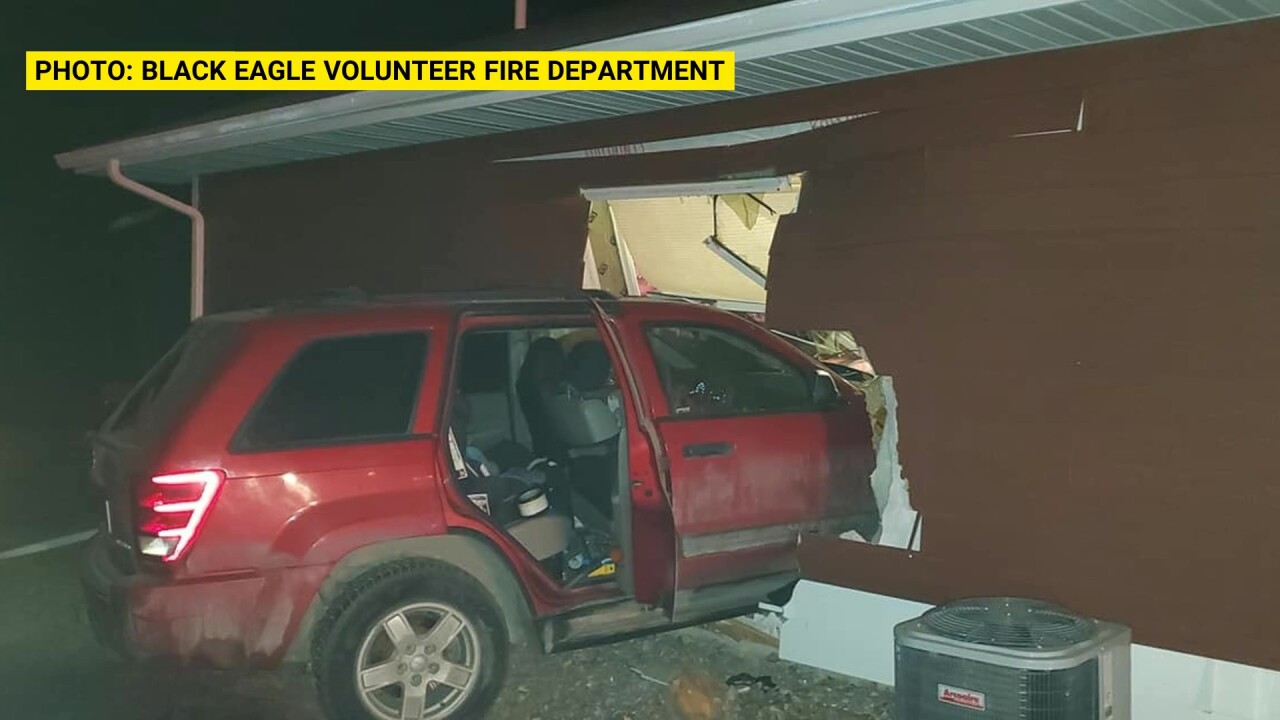 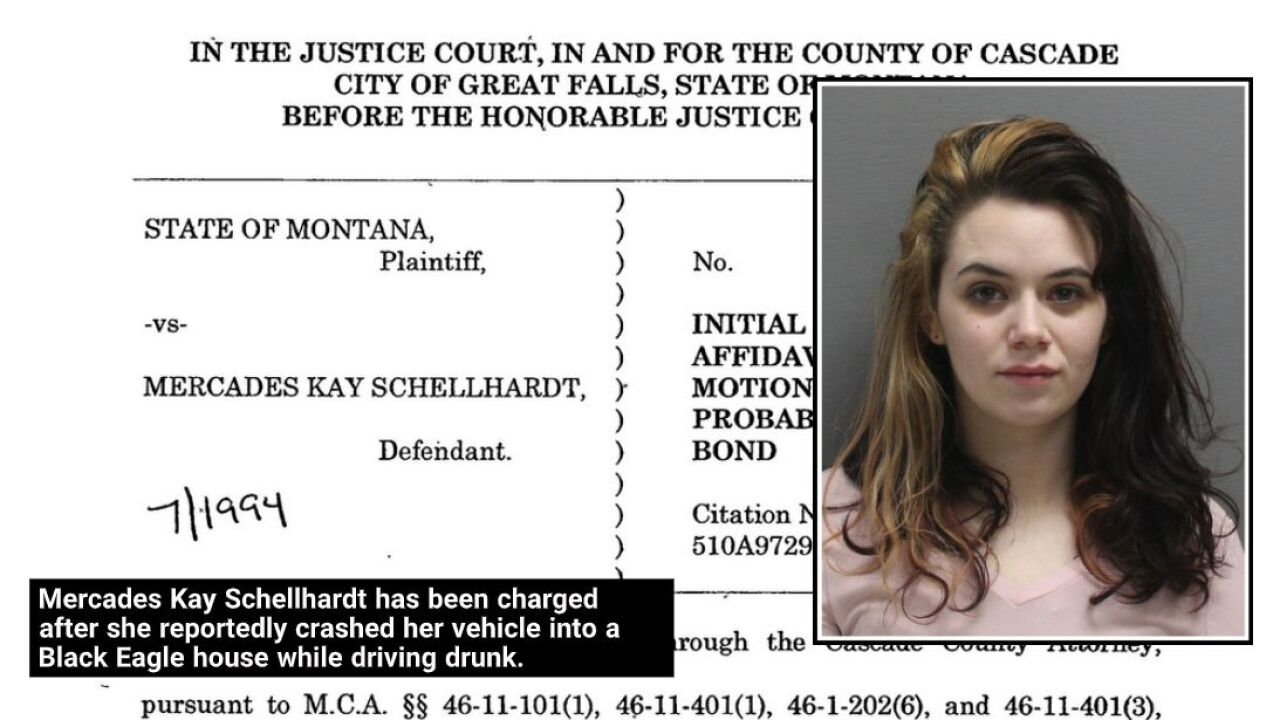 Mercades Kay Schellhardt has been charged after she reportedly crashed her vehicle into a Black Eagle house while driving drunk.

The Black Eagle Volunteer Fire Department responded at about 12:57 a.m. on Wednesday when it happened near the intersection of 23rd Street NE and Chicago Avenue.

The Jeep crashed right into the bedroom where a child was sleeping.

There were no serious injuries reported, but a relative told KRTV that it was terrifying.

Court documents state that Schellhardt was backing out of the driveway a neighboring home and hit a parked pickup truck. Schellhardt then apparently drove forward and hit a golf cart, and then drove through a fence and shrubs. The Jeep then crossed the lawn and crashed into the side of the house. Court documents say: "The front of the Jeep impacted the bed posts of an elevated bed, thus awakening the child and mother."

Schellhardt reportedly smelled of alcohol, and a preliminary breath test indicated a blood alcohol level of .171, which is just more than double the legal limit for driving. She also exhibited numerous signs of impairment, including bloodshot and glassy eyes, swaying, and stuttered speech.

Schellhardt has been charged with criminal endangerment (felony), driving under the influence of alcohol (misdemeanor, 1st offense), and driving without a valid license (misdemeanor).