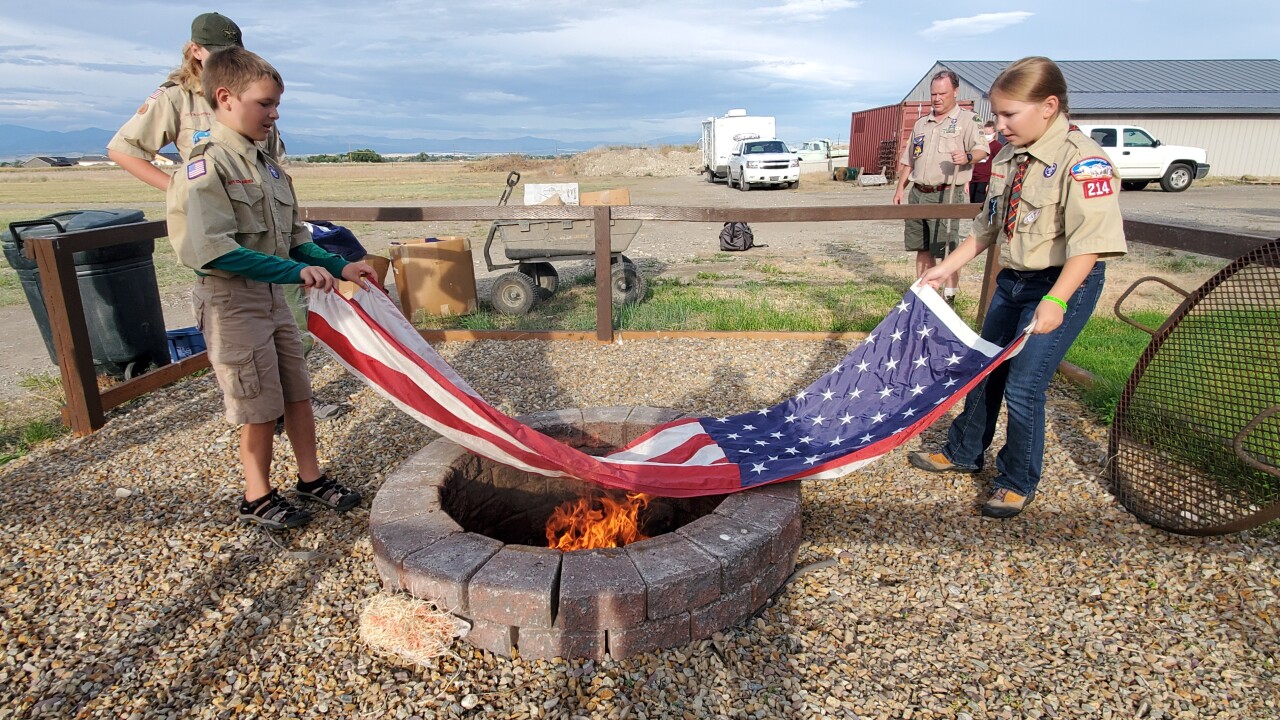 HELENA — Boy Scouts in Helena conducted a retirement ceremony recently - not for a person, but for U.S. flags.

"It's basically where they are no longer usable, they are either tattered or torn or just really old and can't be flown anymore,” explained Teagan Clement, a Troop 214 Boy Scout. “So we present them and then we lay them in the fire respectively."

The scouts gathered about 50 flags in need of retirement. One flag was part of the Old Glory Landmark. Teagan and his father are considered the caretakers of that flag and say it is an honor.

"Just doing this makes me feel really good that I get to be a part of my country's history and future. All the boy scouts really get to do this and it's a really great thing to teach the younger scouts and for everybody to know," says Teagan.

For younger Scouts, this is the first flag retirement ceremony. Ten-year-old Scout Paul Harmon thought retiring flags meant taking them down the flagpole. He says he is grateful knowing flags have a retirement.

"Thank you for giving the flags here and not just throwing them, like, in the garbage can," laughs Harmon.

If you have a flag in need of retirement, you can contact the Boy Scouts and they will retire your American Flag. Helena’s Troop 214 scouts can be reached by email at Troop214Helena@gmail.com.