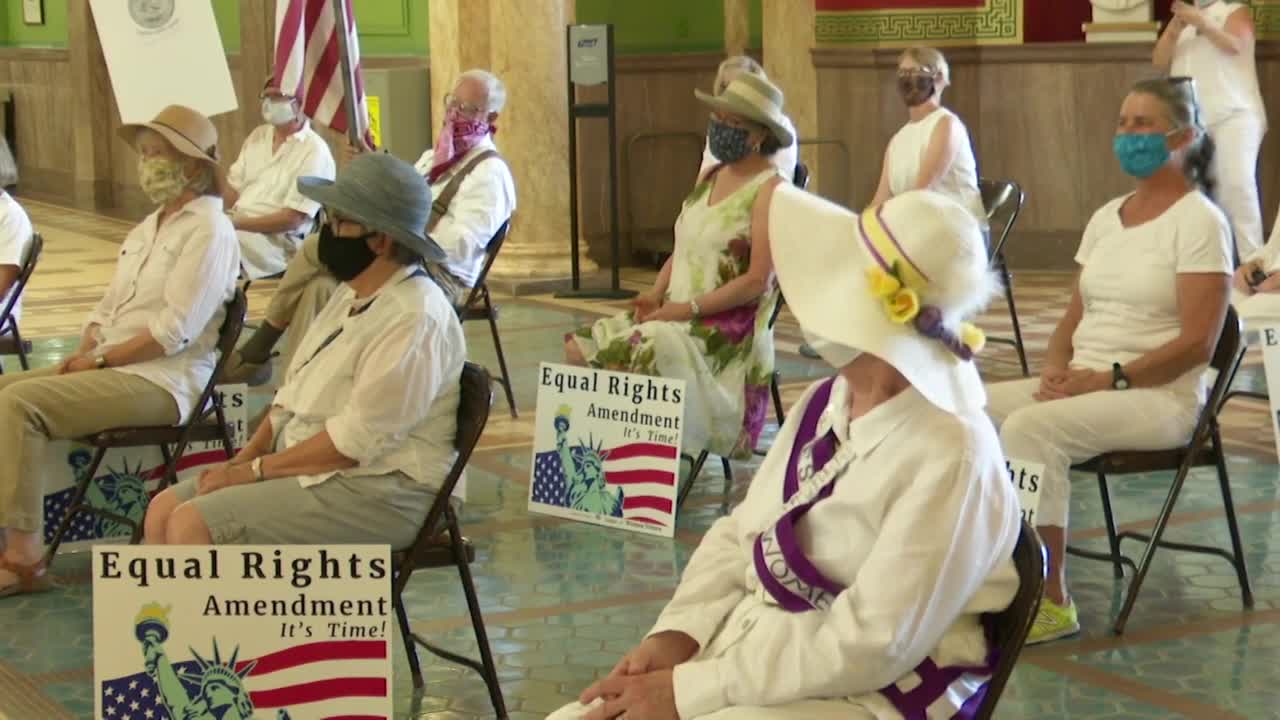 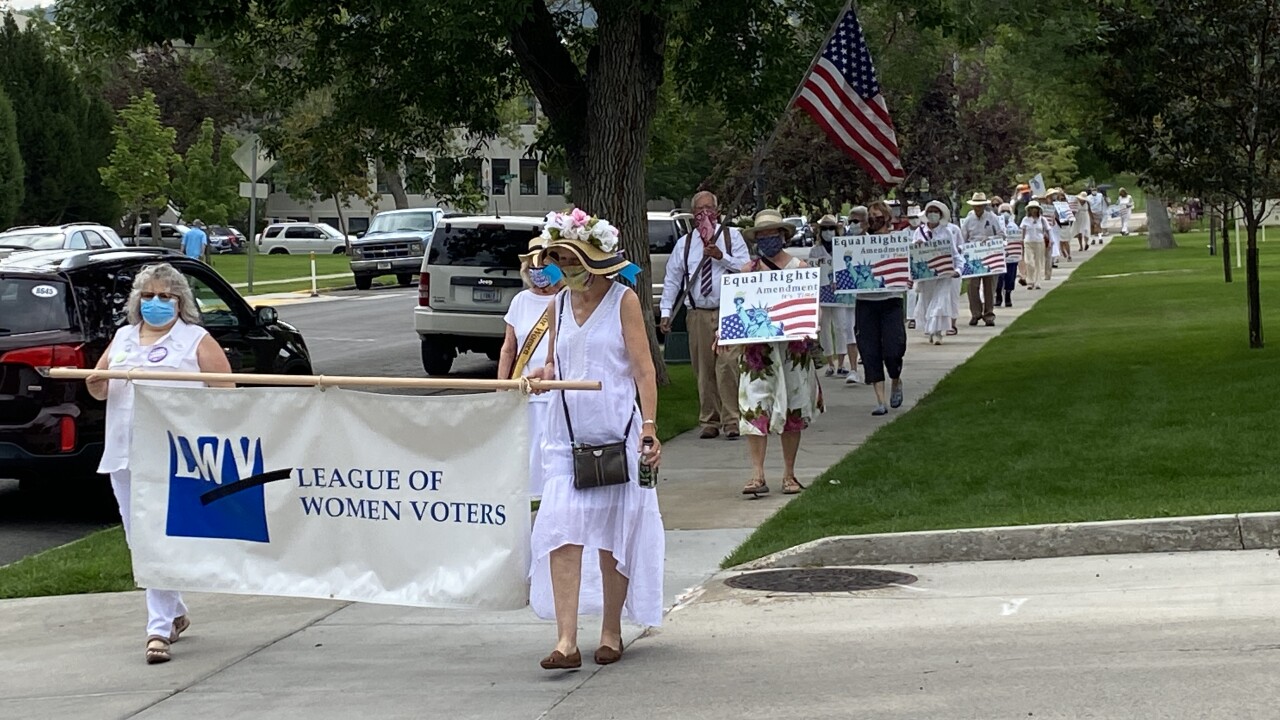 HELENA — The League of Women Voters of the Helena Area held a celebration at the Montana State Capitol Tuesday to mark the 100th anniversary of the United States guaranteeing women’s right to vote.

On Aug. 18, 1920, the 19th Amendment to the U.S. Constitution was officially ratified. It stated that people nationwide could not be denied the vote on the basis of sex.

“It was a very hard-fought and long battle – going back over 70 years, women fought for the vote,” said Margaret Bentwood, co-president of the LWVHA.

Those who attended the ceremony placed yellow roses by the statue of Montana’s Jeannette Rankin – the first woman elected to Congress, who advocated for a suffrage amendment during her first term in the U.S. House. They then held a march around the Capitol grounds.

Many of those in attendance wore white – a color associated with suffragists. Several wore hats and sashes like those women were known for.

Montana was one of several states that granted women full suffrage before the 19th Amendment, adopting it in 1914 after years of activism by Rankin and other suffragists.

While the amendment marked a major milestone for women’s right to vote, it did not apply to everyone. During a speech at the ceremony, Lt. Gov. Mike Cooney noted that Native American women were not able to vote until 1924, and that many Black women remained disenfranchised until the Voting Rights Act of 1965.

Still, Bentwood said the successes of the suffrage movement can serve as an example today.

“It really reminds us that we can do great things together as citizens, and so we look at the 21st century as the next 100 years of the League of Women Voters, supporting democracy and supporting open, transparent government,” she said.

Participants at Tuesday’s ceremony also held signs in support of the Equal Rights Amendment, a proposed constitutional amendment that would require the federal government and states to provide “equality of rights under the law” without discrimination based on sex.

The ERA was originally proposed in the 1970s. When Congress submitted it to the states, it included a deadline – stating that 38 states would need to ratify it by 1979 in order for it to become part of the Constitution. Only 35 states, including Montana, approved it by the deadline, which was later extended to 1982.

However, three more states ratified the ERA in recent years. The attorneys general of those states filed legal action, asking a federal court to rule that the deadline was not valid and the amendment has met the requirements to be added to the Constitution. Last month, Gov. Steve Bullock filed an amicus brief in support of the states’ action.