911 Center asks public not to call for information, plans to improve notifications 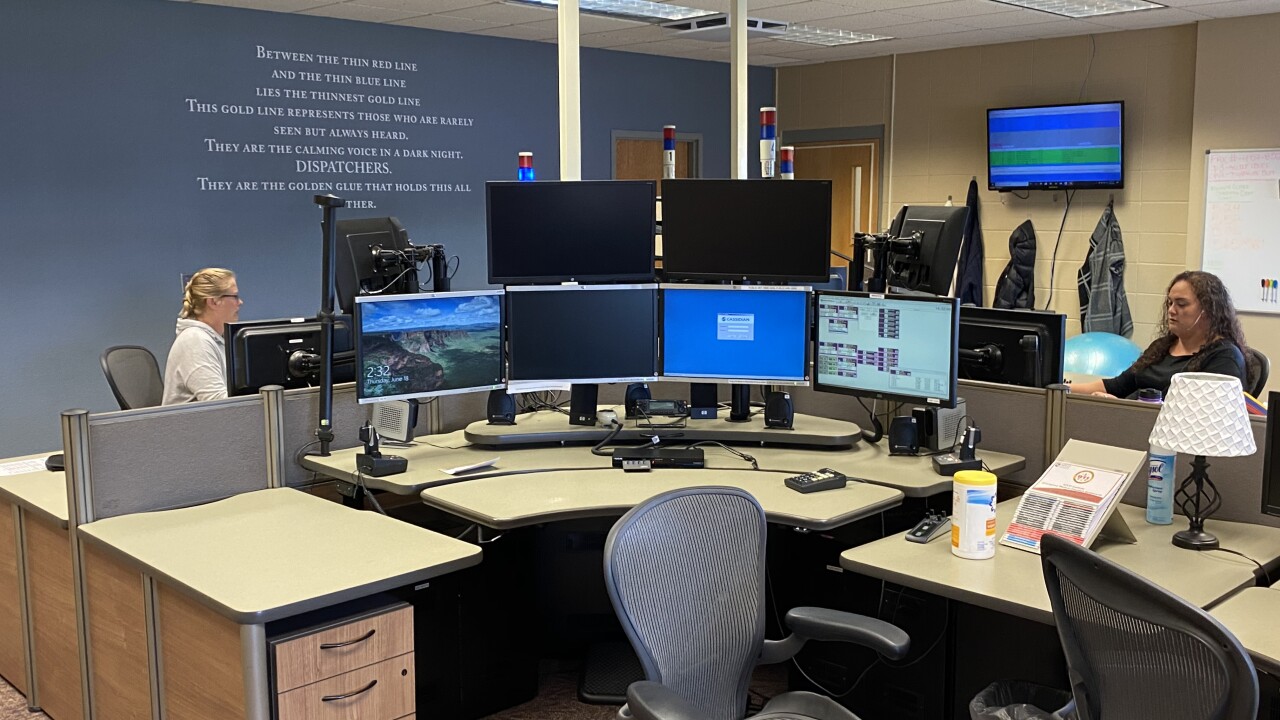 HELENA — The Lump Gulch Fire put heavy pressure on the Helena-Lewis and Clark County 911 Center over the weekend.

Over two hours Saturday afternoon, while strong winds were driving the fire north toward the Helena area, the center received more than 300 calls. 911 Center manager Peter Callahan said many of the calls were from members of the public with questions about the fire.

“We had downed trees, downed power lines, trees had fallen on homes, trees had fallen on motor vehicles – in the vicinity of the lake, we had boats being swamped by high surf that caused us to divert resources out there,” he said. “Those inquisitive calls and non-emergency calls really distracted from our ability to do our job.”

Callahan said his staff has to focus on managing emergency traffic, and they can’t pass on unverified information to the public. The center also reported some complaints from people who said they weren’t able to get through because of the high call volume.

“We appreciate the public’s concern and need to stay safe,” he said. “There’s avenues through public safety, through social media, the websites have information – even our partners in the local media, when the information comes down, we push it there. But calling the 911 Center asking for general information is not the best course of action.”

Callahan also said the 911 Center is working on improving automatic notification systems for emergencies like the Lump Gulch Fire.

On Saturday, spot fires were seen around the Unionville area. Authorities sent out an alert to residents who had registered through the Smart911 system. They also used the Wireless Emergency Alerts system, a federal system that pushes alerts to all cell phones in an affected area. However, Callahan said some people outside the intended notification area also got the WEA message.

“We did get some good feedback from the public, from folks who got the alert, and we were able to look at our system and make adjustments for the next crisis that’s coming soon,” he said.

Callahan said public safety leaders are again asking residents to sign up for the Smart911 system.

“It’s the best way to stay informed if a fire or flood is affecting your area,” he said.

Smart911 will send you emergency alerts based on your location. You can find a link to register here.