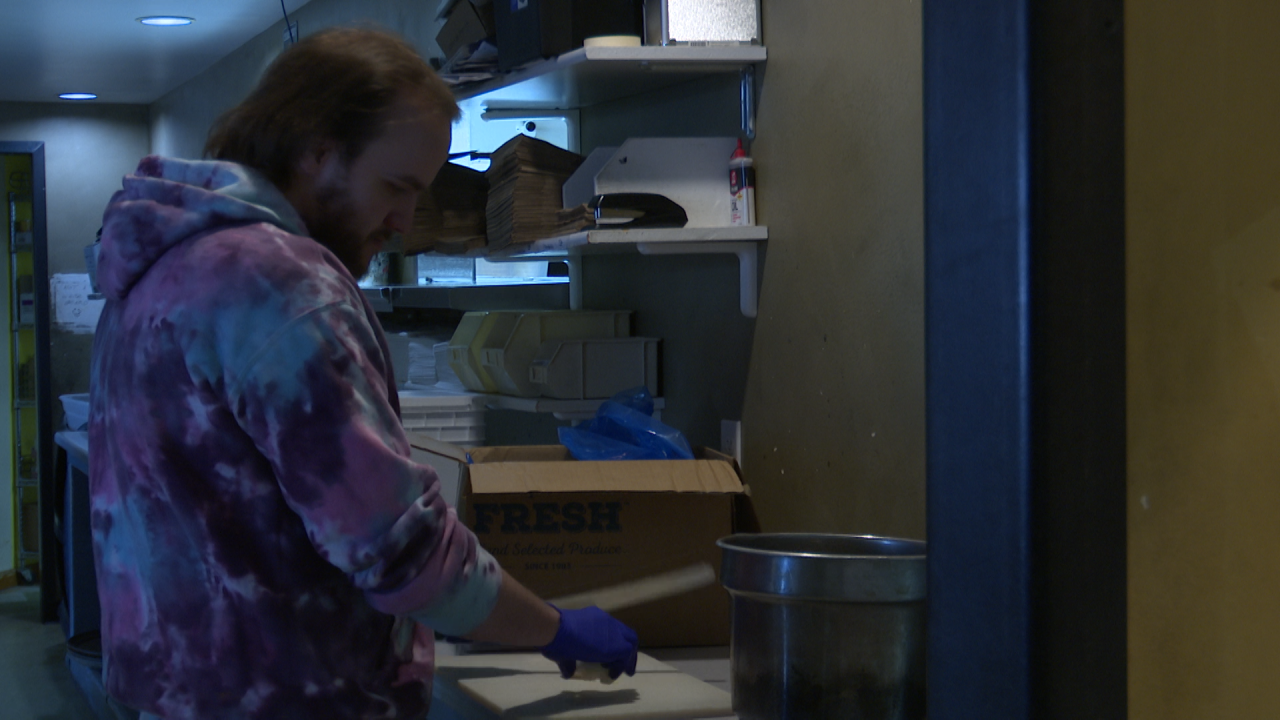 Nicholas Taffs prepares food for customers of the Staggering Ox. Except now, all his customers are not in the dining room, they’re on the phone.

“Initially, I wasn’t that worried. Then after, it became a little bit more apparent that we would be dealing with the increased volume and traffic in the restaurant for an extended period of time, I became more worried for myself and my workers just because, with less resources here, there’s less money to go around, less hours to give to people who need it,” says Taffs, the Shift Manager at the Staggering Ox.

Governor Bullock announced that all dine-in and other services are closed until March 27th to help prevent the spreading of the Coronavirus, which is causing a negative economic impact for some businesses even with takeout and delivery services available.

“This is hard, economically. I can't underscore that. People are losing hours, the businesses are losing out on money,” says Taffs.

Many businesses are struggling with just takeout. For the Staggering Ox, they estimate their profits are down 40-50%. They used to open the restaurant with about four employees but now they say they can go the whole day with just one.

“There’s not any layoffs, as of yet. We are going to see if we can make it through without doing that,” says Taffs.

One of the ways is to reduce hours.

“Yeah, reduced hours for the two-week period just to see if we can get through this without actually having to put people through all the paperwork so that way we can welcome them back with open arms once the whole thing passes over. Ultimately, this is a rough situation. It’s not really anyone’s fault, not the businesses, the employees, even the government. We’re all doing our best to make it through this. As long as we stay together as a community, we should be able to mitigate the worst losses,” says Taffs.