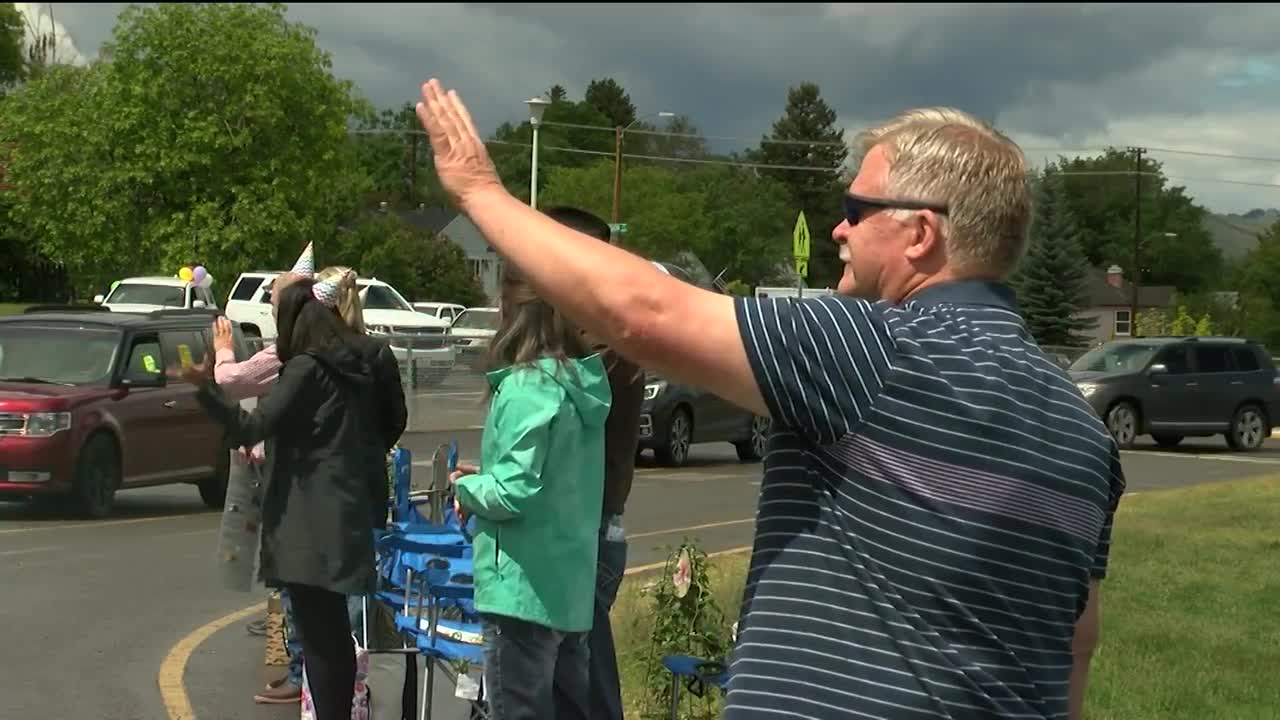 HELENA -- Though the 2019-2020 school year was nothing like anyone expected, it was a bright day for five retiring teachers at CR Anderson Middle school as colleagues, family, and former students wished them a happy retirement with a parade.

Tara Patterson, a teacher at CR Anderson, said she wanted to put together something for retiring teachers because a video chat wishing them well was simply not enough.

“A virtual goodbye for five retirees that have been working incredibly hard in this district for a long time was not enough," said Patterson. "I thought that they should be sent off with a proper goodbye and they should be recognized for their incredible amount of hard work and dedication to the teaching career.”

So Patterson and others got to work scheduling a parade for the retirees which includes a Helena Fire Department Truck and an Ambulance from Saint Peter's Regional Medical Center.

Of the retirees in attendance, Bob Tipton was the most decorated. With 42 years of teaching and coaching under his belt, Tipton said it was going be tough to leave the profession, but is thankful for the time he spent doing it.

"I think I was really blessed that I had an amazing, amazing career of knowing people and dealing with people and coaching, getting to learn people about people and their families. said Tipton. "It's been, it's hard for me to give up. It's really hard."