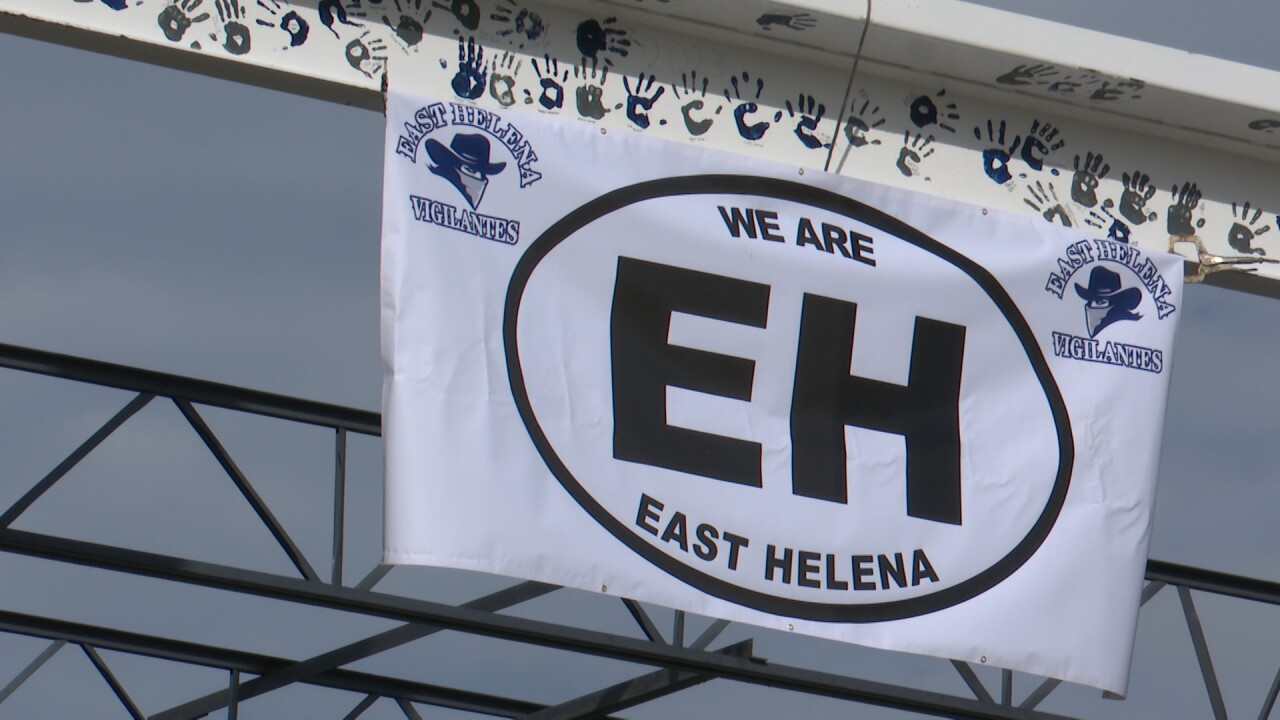 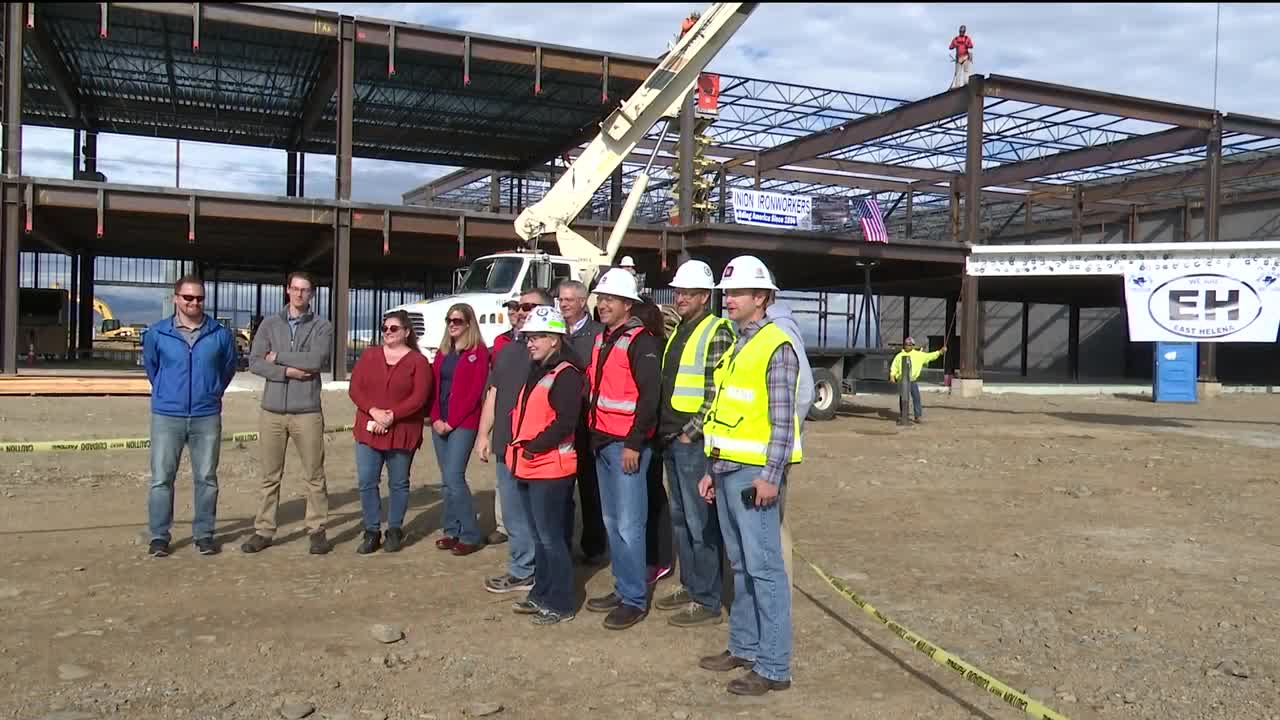 School leaders and community members were on hand for a “topping-off” ceremony, where crews placed and secured the final large steel beam for the new school building.

The beam included handprints and signatures from the members of the first freshman class at East Helena High School. 122 students are currently attending high school classes in a wing of East Valley Middle School, while the work continues on the future high school building.

The students weren’t able to attend Thursday’s ceremony because it was an active construction site, but Whitmoyer said those marks on the beam showed the kids are a central part of the new school.

“They’ll be a part of this building for as long as the building stands,” he said.

The ceremony essentially completed the outer frame of the new East Helena High School. Construction crews’ next main goals will be to put on the roof and exterior walls, to protect the interior from weather as winter approaches.

“They’re trying to get the building ‘dried in’ before the end of the year if they can, and they’re on schedule to pretty much do that,” said Whitmoyer.

Whitmoyer said construction is still on track for the building to be finished in time to welcome students in August 2020.

In 2018, East Helena voters approved a $29.5 million bond issue to build a high school of their own.

“This is our legacy for our kids in the future,” said East Helena school board chair Scott Walter.

School district leaders eventually decided that, even though the building wouldn’t be finished, they would start offering high school classes this year. Whitmoyer said it’s been gratifying to see the students who chose to stay in the district this year excited about starting a legacy for East Helena High School.

“They made a sacrifice to be a part of what is going to be history,” he said. “They’re setting traditions that will exist for 100 years – and they recognize that, that’s the coolest part.”