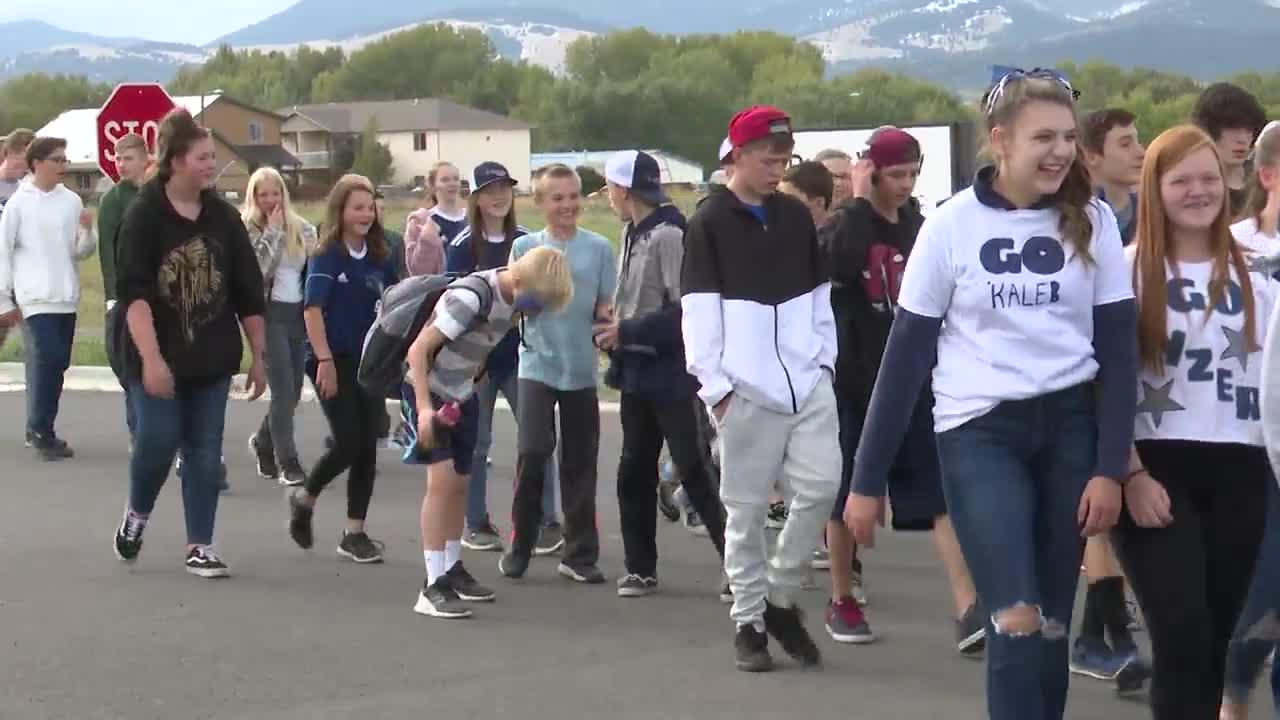 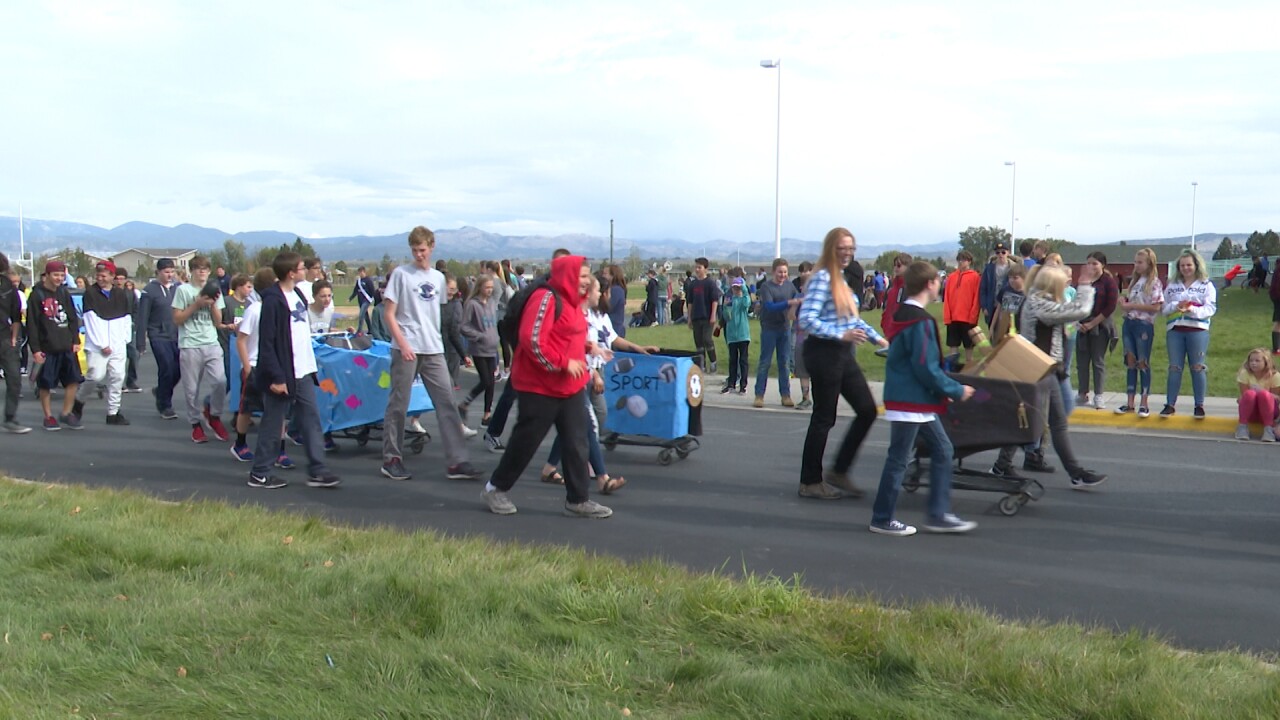 EAST HELENA — Students and community members in East Helena are celebrating this weekend, as their new high school holds its first-ever homecoming festivities.

On Friday, the first freshman class held a homecoming parade. Students decorated shopping carts, which they then brought through the streets. They marched from East Valley Middle School to Radley Elementary School and Prickly Pear Elementary as family members and younger students cheered them on.

“It was really fun, actually,” said freshman Jaydee Huschka. “It’s always kind of weird because you think to yourself, ‘Man, we’re pushing shopping carts down the street!’”

After the parade, the students toured the new East Helena High School building, which is under construction north of town, off Valley Drive.

On Saturday, the East Helena High School volleyball team will host Frenchtown at Prickly Pear Elementary, starting at 10 a.m. At noon, the football team will play Lockwood, a fellow first-year high school, at EVMS. That will be followed by the soccer team hosting Columbia Falls at 3 p.m.

On Saturday night, the first homecoming dance will be held in the EVMS gym.

In 2018, voters in the East Helena School District approved a $29.5 bond to build their own high school. More than 120 freshmen are currently attending high school classes at East Valley Middle School, while construction on the new school building continues.

Even before the building opens, students have begun creating traditions and starting a legacy for the East Helena Vigilantes. Students said it has been a fun experience to be the first class to put their own stamp on EHHS.

“I’m glad that we can do that, because there’s no traditions in place now, and I’d like to put some in there that would make it fun,” said Jack Nelson.

“You kind of get this feeling like you’re a leader, even though you might not stand out completely,” Huschka said. “We are the first graduating class and, if you think about that, it’s a pretty cool thing that we all get to do as a class.”

The new EHHS building is set to open next August, with two classes of students.