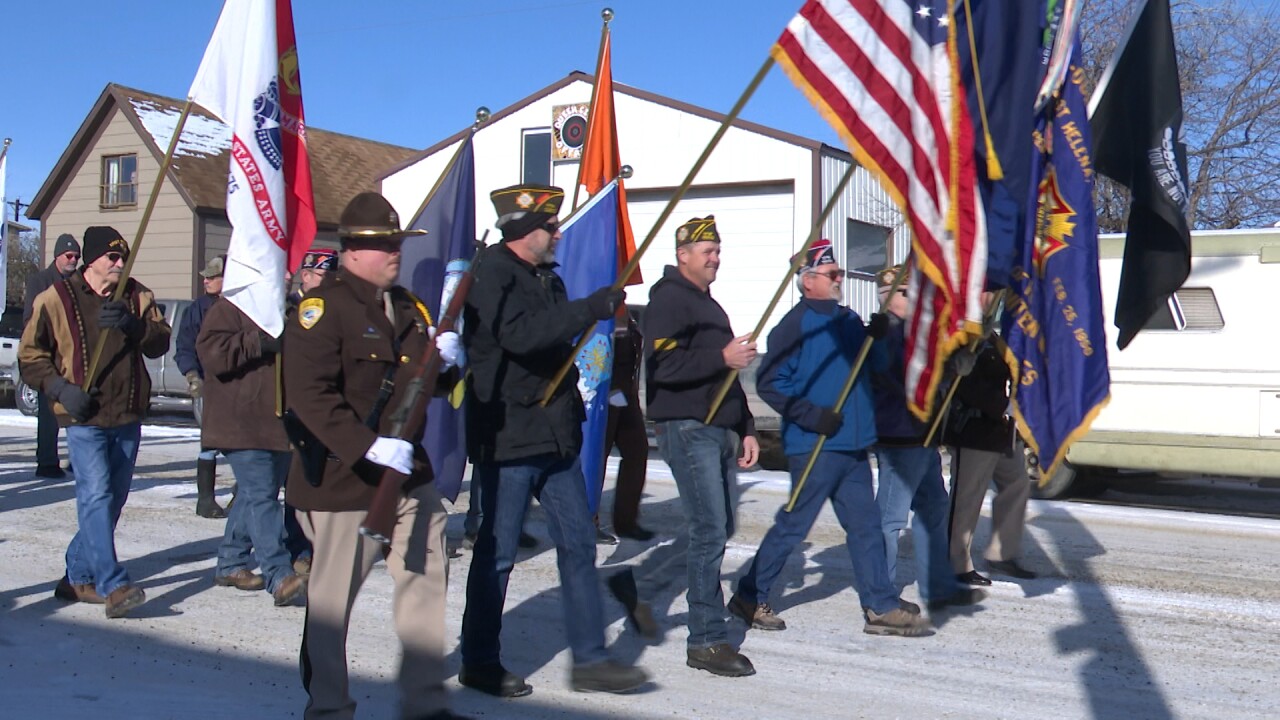 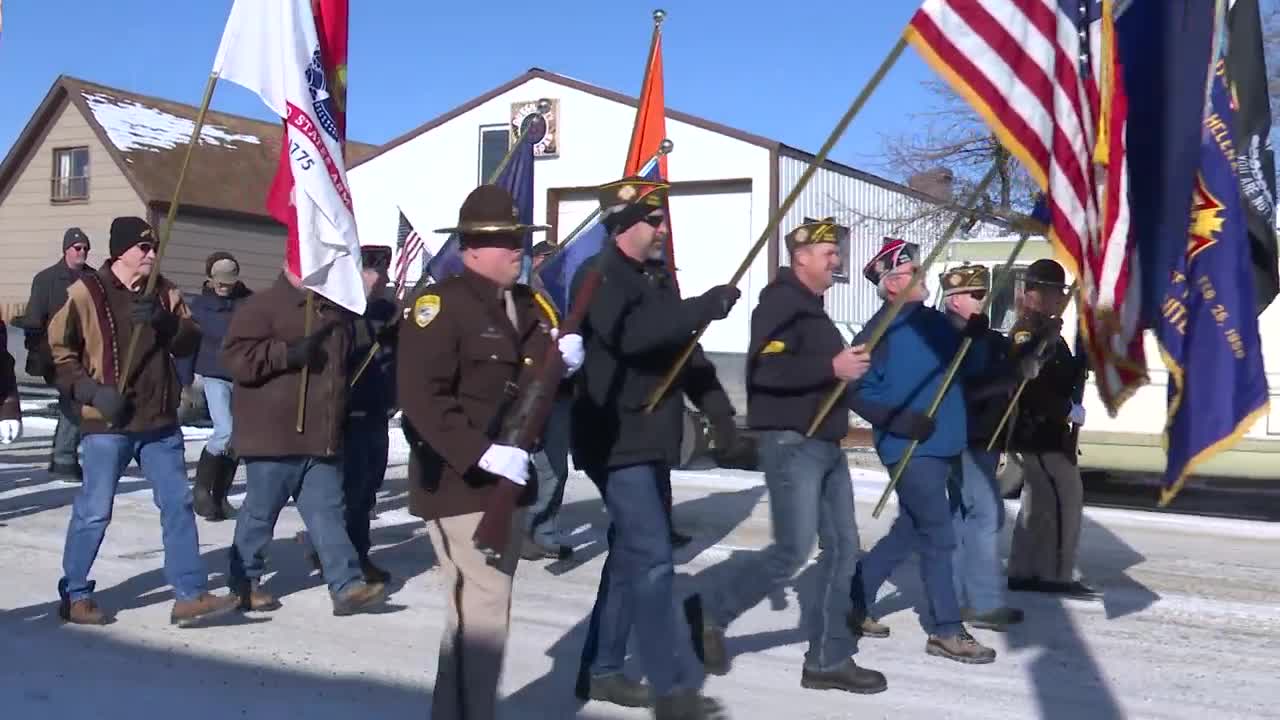 VFW Cory-Dullum Post 10010 held its 69th annual Veterans Day parade down Main Street. Despite the cold weather, many people were out to take part in the event.

“East Helena as a community has been very orientated to the military, very patriotic,” said post commander Tom Johnson.

Groups like the Lewis and Clark County Sheriff’s Office Honor Guard, the VFW Auxiliary, the Pipes and Drums of the Black Devils, the American Legion and the Sons and Daughters of the American Revolution took part in the parade. Classes from the East Helena School District were also on hand.

This year’s event was also special because it served as the dedication for East Helena’s new Servicemembers’ Monument in Main Street Park. East Helena Mayor Jamie Schell said the monument had been installed this spring, but this was the official dedication ceremony.

“Let this new monument – every time you drive by it, every time you see it – serve as a reminder of all the great sacrifices and of all the servicemembers, and let us be ever grateful for the freedoms and the liberties that we share,” he said.

The first service monument was placed in the park in 1943. It was replaced in 1980. For the last several years, community leaders have been working to replace that monument, which had become weathered. They also sought to add more East Helena veterans’ names.

The new monument – built largely with donated labor, materials and funding – currently contains 1,464 names, and several more are already set to be added.

“It means a lot to a lot of folks,” Johnson said. “We’ve had a lot of people come visit it and very impressed. They see their son or daughter, mother, brother, you name it, on there.”

Leaders say they’re honored to bring attention to everything local veterans have done.

“Support your veterans; give them a shake of their hand,” Johnson said. “It means a lot.”

You can find more information about the East Helena Servicemembers’ Monument here.

Also in attendance at Monday's parade was a group of visitors from Belarus, hosted by WorldMontana. They are visiting the state for a program on human rights and business.