First responders ask drivers to slow down, move over 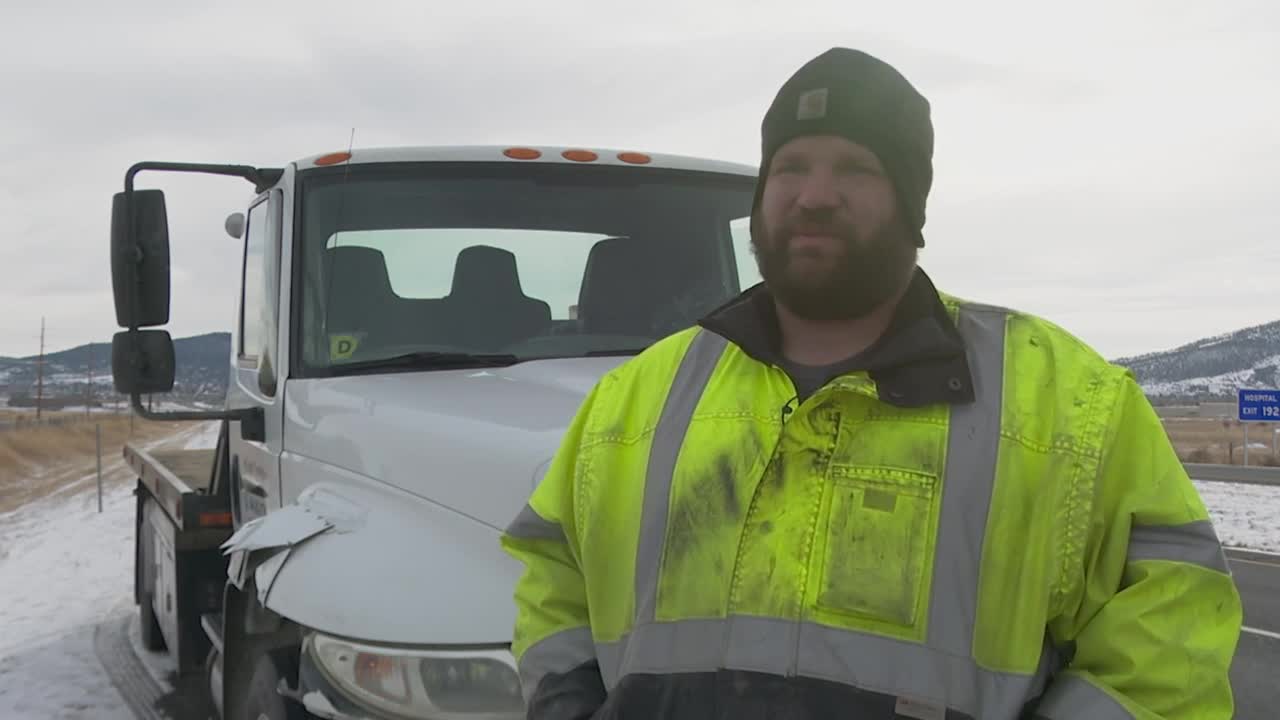 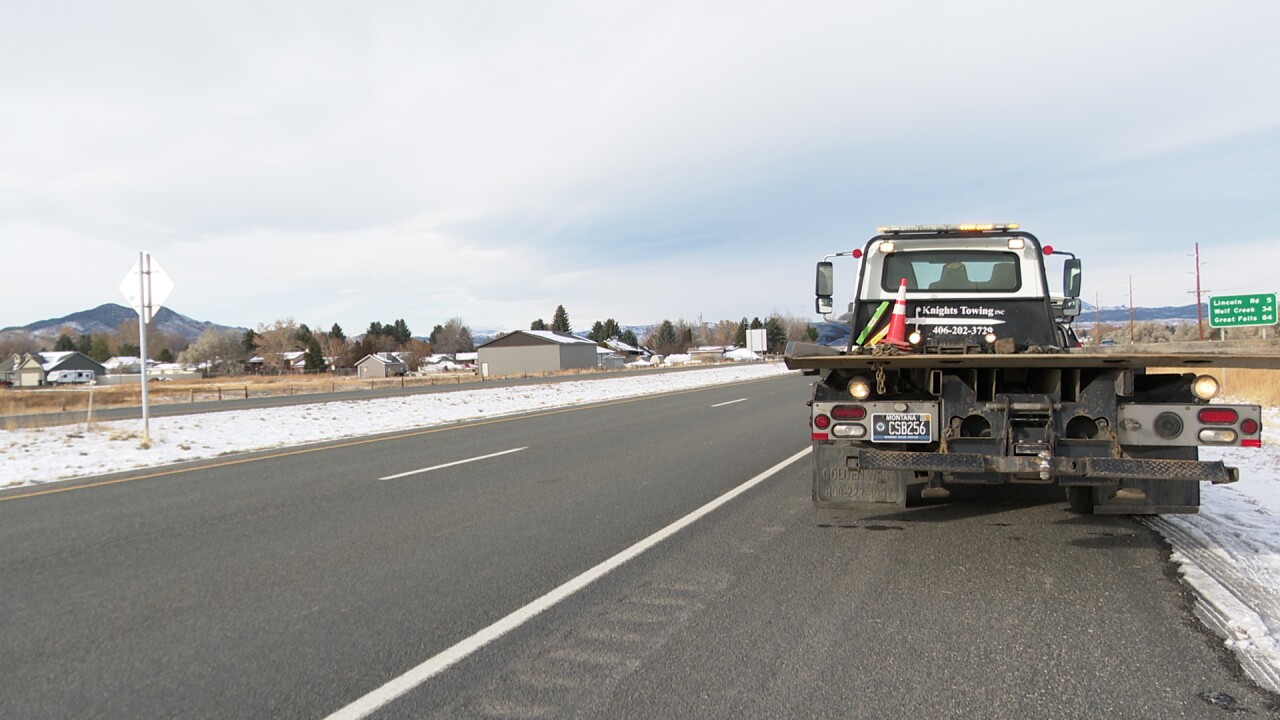 HELENA — Two tow truck drivers killed by a passing vehicle on I-90; days later, two Montana highway patrol cars were sideswiped when a vehicle failed to slow down and move over on the same interstate—first responders say these headlines aren’t unique.

Joshua Barbagello is a tow truck operator and operations manager for Knights Towing, Inc. in Helena.

Barbagello said he got into the towing business because he wanted to help people, but sometimes when he is out on the road, other people put him at risk.

“We came out here today so you could see what it’s like,” Barbagello said, standing in front of his truck on the side of I-15 just outside of Helena. Cars whiz by him at 80 miles-per-hour, a handful do not pull over to give him space.

“As we stand here, we have cars passing feet from us,” Barbagello said. “This is our life.”

“I myself have gotten hit on a motor vehicle crash,” Montana Highway Patrol Sgt. Jay Nelson said. “I didn’t see it coming, it was like a sledge hammer hitting my patrol car.”

According to the US Department of Transportation, traffic-related incidents are one of the leading causes of death for law enforcement officers.

USDOT numbers show more than 150 law enforcement officers were killed after being struck by a vehicle along the highway since 1997, and between 2007 and 2017, 39% of officers killed in the line of duty died in traffic-related incidents.

Nelson has been a MHP trooper for more than 20 years, and he said near misses are an almost daily occurrence on the job.

“Motorists come into those scenes too fast,” Nelson said. “They’re not paying attention and they’re not slowing down, putting our lives and their own lives in danger.”

Flashing red, white or blue lights aren’t the only ones to look for, Barbagello said drivers need to keep an eye out for the flashing amber lights of tow trucks.

“We do everything we can—we have signs, we have cones, we have lights, we try to be visible,” Barbagello said.

Slowing down and moving over isn’t just a courtesy, it’s the law. All 50 states have some version of a move over law.

The Montana law can be found in Montana Code 61-8-346, and it says when approaching a stationary emergency vehicle with flashing lights on, you must slow down and give the first responders a lane of space, if possible.

Montana Code also notes that when on a highway with a speed limit of at least 50 miles-per-hour, drivers must slow down to 20 miles-per-hour below the posted speed limit when driving in the lane next to stationary emergency vehicles.

“You might think you’re slowing down, but because of the icy, snowy road conditions, you’re still going too fast for the conditions,” Nelson said.

Slowing down may take a few extra minutes, but it could also save someone’s life.