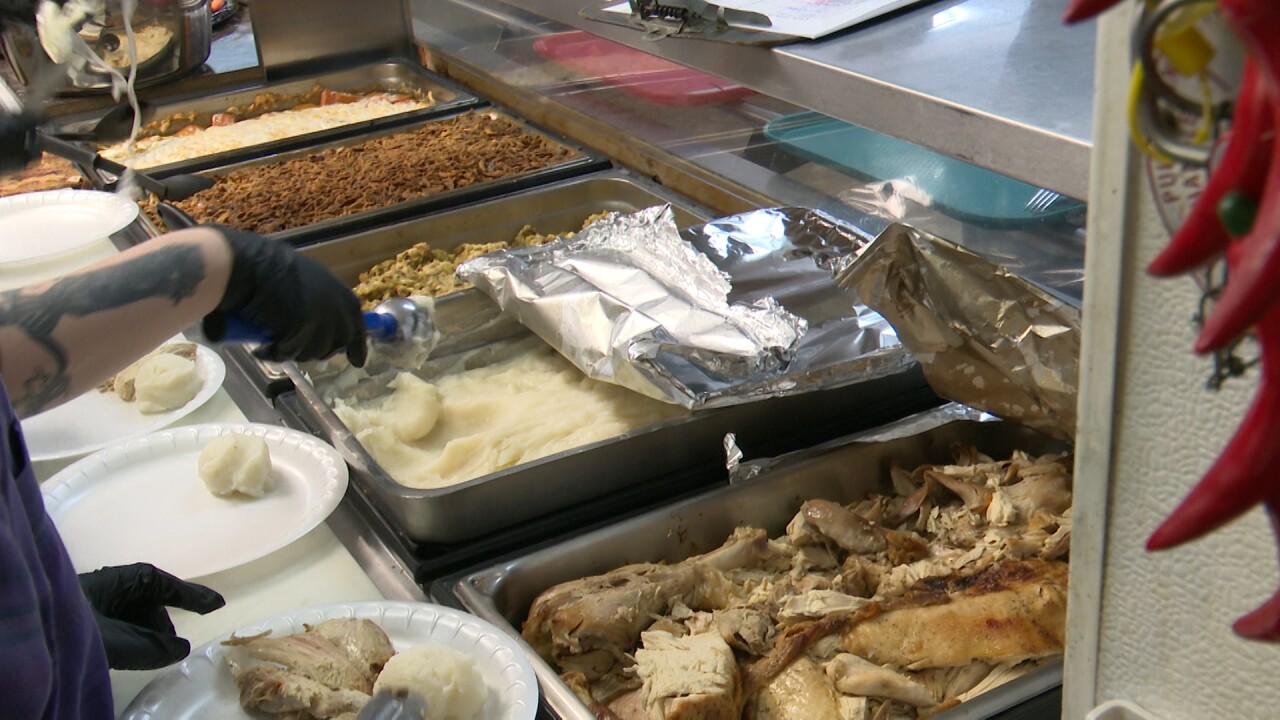 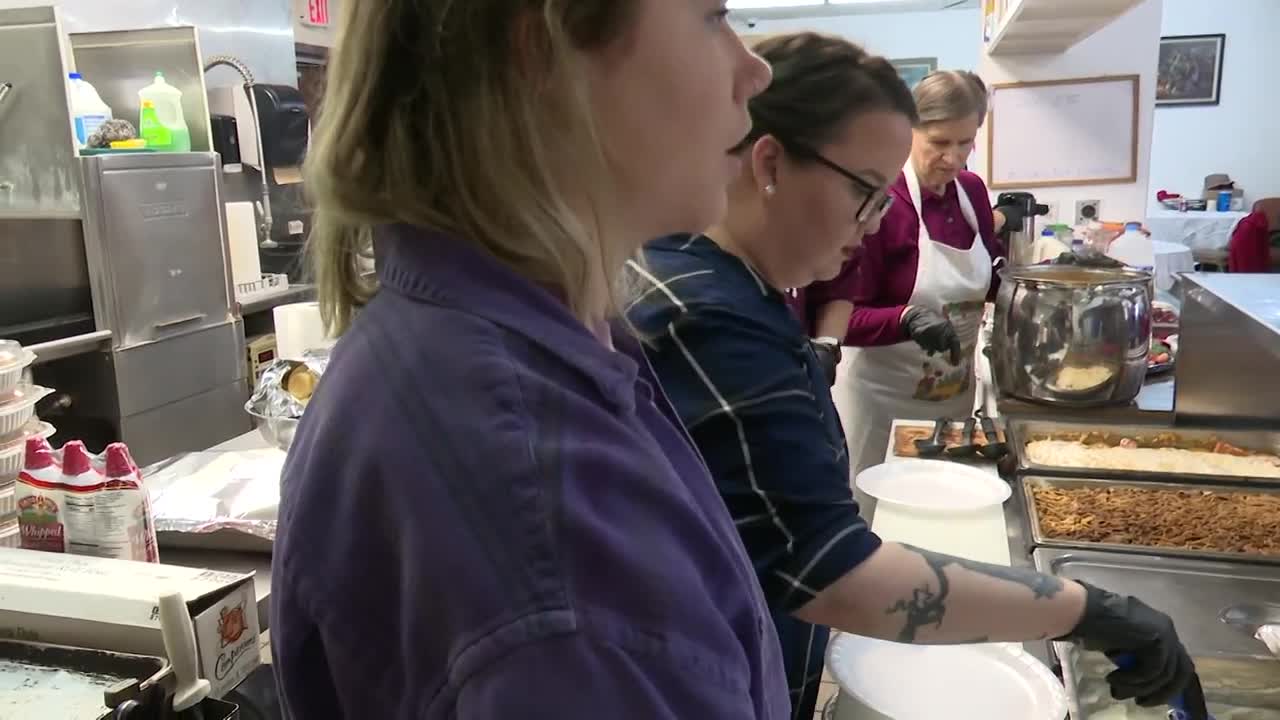 HELENA — On Thursday afternoon, the kitchen at the God’s Love shelter in downtown Helena was crowded. A number of volunteers were on hand to help serve the traditional Thanksgiving meal to anyone who came in.

Rachel Saunders, the shelter’s office manager, said they had been holding a Thanksgiving meal for about 35 years. Last year, they served about 300 people, and they expected a similar number this year.

The preparation started on Tuesday. God’s Love had to make 13 turkeys, four hams, a large pot of gravy, more than 100 rolls, and extra helpings of sweet potatoes, green bean casserole and more.

Argabright has been cooking at the shelter for about four months. She said this was her first time preparing a meal for so many people.

“I’ve never done it on this monumental scale,” she said. “I’m really excited, because I was kind of nervous that it wasn’t going to get done, and yet it is.”

Argabright said they had at least 25 volunteers helping in the kitchen over the last two days – including Gov. Steve Bullock and his family, who helped carve turkeys on Wednesday. She said dozens more people have been working elsewhere around the shelter leading up to the holiday.

Argabright said she was glad to be able to do this work. She said she had thought about taking a job like this for some time, because she has seen the impact places like God’s Love can have.

“I would take that opportunity because a soup kitchen helped me out when I was pregnant with my son, so this is something I wanted to do,” she said.

The meal service started at 1 p.m., and Saunders said they would likely keep serving until around 7 p.m.

Saunders said they weren’t sure what effect the snowy Thanksgiving weather would have on the number of people who came to their meal. She said inclement weather can make it difficult for some of the people they serve to make it to the shelter, but that it can also bring in more people from the immediate area.