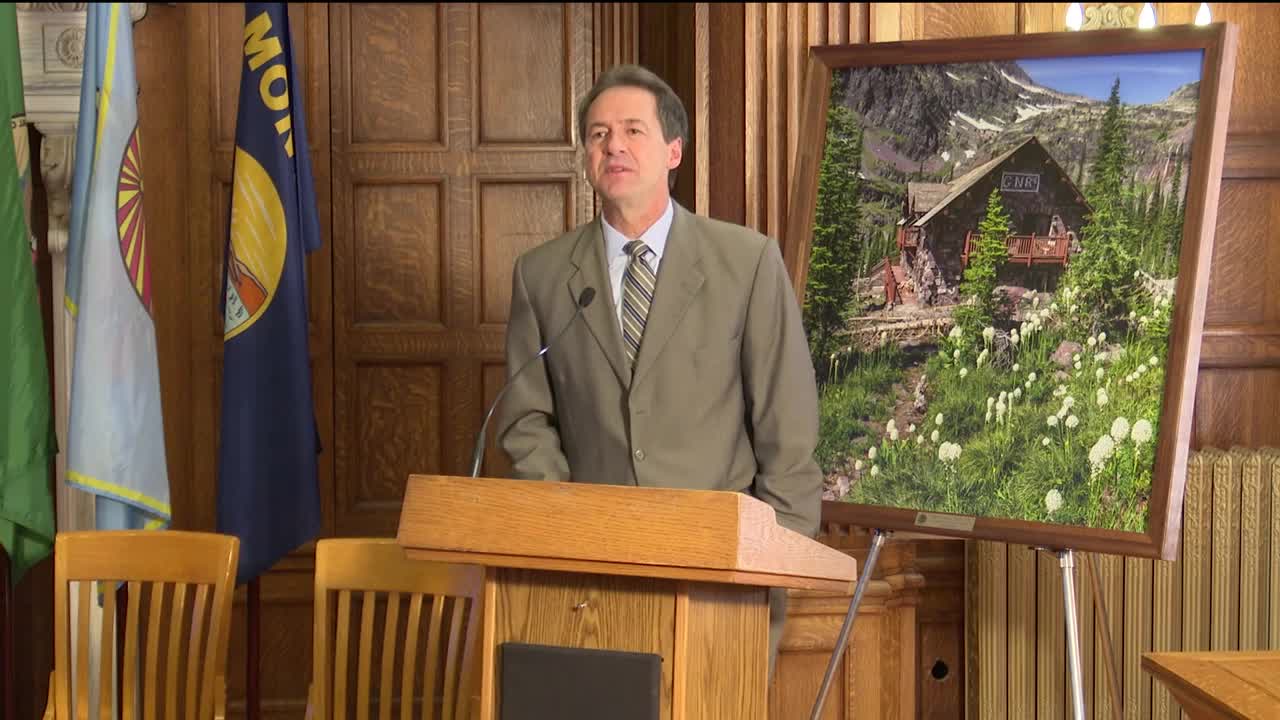 HELENA — A conference was held Wednesday morning at the Capitol in Helena to address the overall progress being made in the fight against opioid abuse in the state of Montana.

A new report released by the Department of Public Health and Human Services (DPHHS) partnership with the Montana Board of Pharmacy shows a decrease in prescription rates from 2012-2017.

The report also notes a decrease in the average daily dose of opioids since 2012.

Governor Steve Bullock says "it was the invisible epidemic that no one was confronting."

Governor Steve Bullock, along with several other state health officials presented key findings from a recent report on the fight against the opioid epidemic in Montana.

According to the report, from 2012 to 2017, there was an overall 4 percent decrease in opioid prescriptions, and the average daily dose of opioids decreased by 23 percent.

Dr. Holzman says we as a state need to have two goals, minimize or prevent unnecessary opioid prescriptions, and ensure opioids are not being used by someone without a prescription.

If you, or someone you know has a legal opioid prescription, you need to be aware of the resources available to you in order to prevent accidental overdoses.

Dr. William Gallea, physician from Central Montana Medical Center says the state of Montana has a standing order for a medication called Naloxone.

"Naloxone has become much more important as one of the life saving parts as a response to that situation because it rapidly reverses the affects of an opiod overdose," Gallea said.

Because of the standing order for Naloxone, which was signed into law by Governor Bullock in 2017, anyone can get the opioid reversal medication from their pharmacy without a prescription.

State health officials would also like to remind everyone how important it is to properly dispose of any unused opiod medication.

There are now over 165 medication drop boxes in the state of Montana.