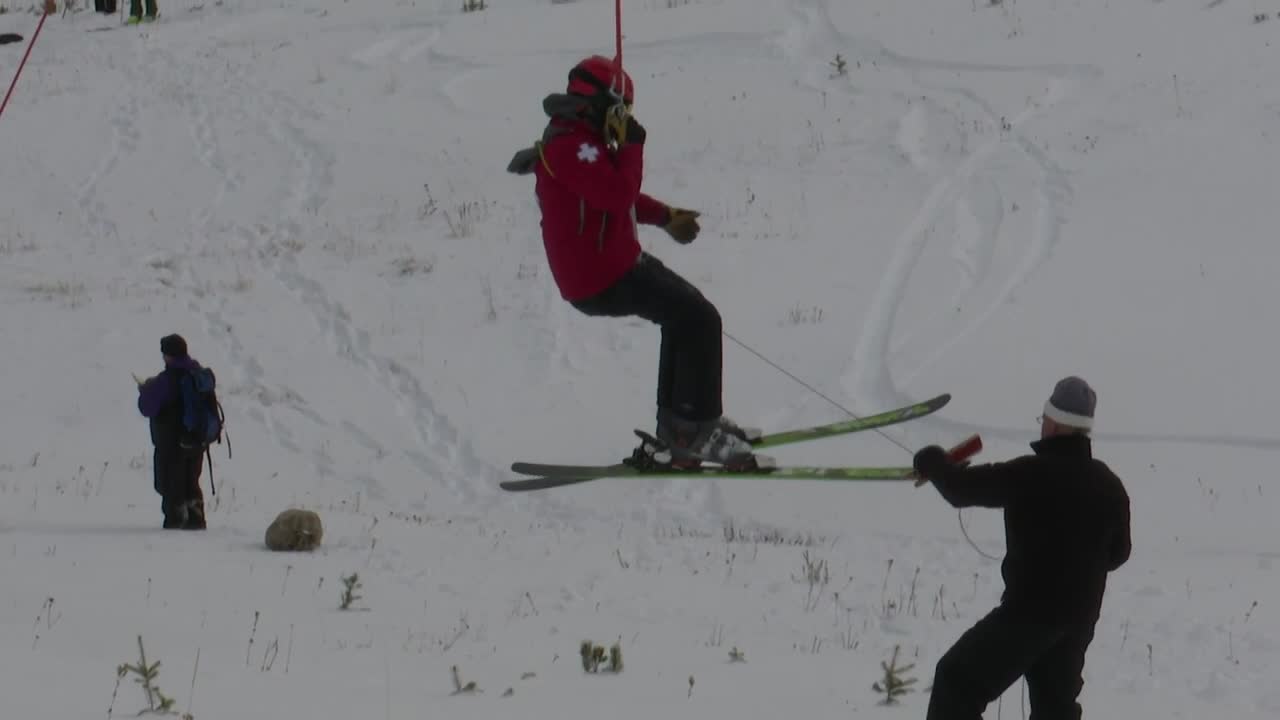 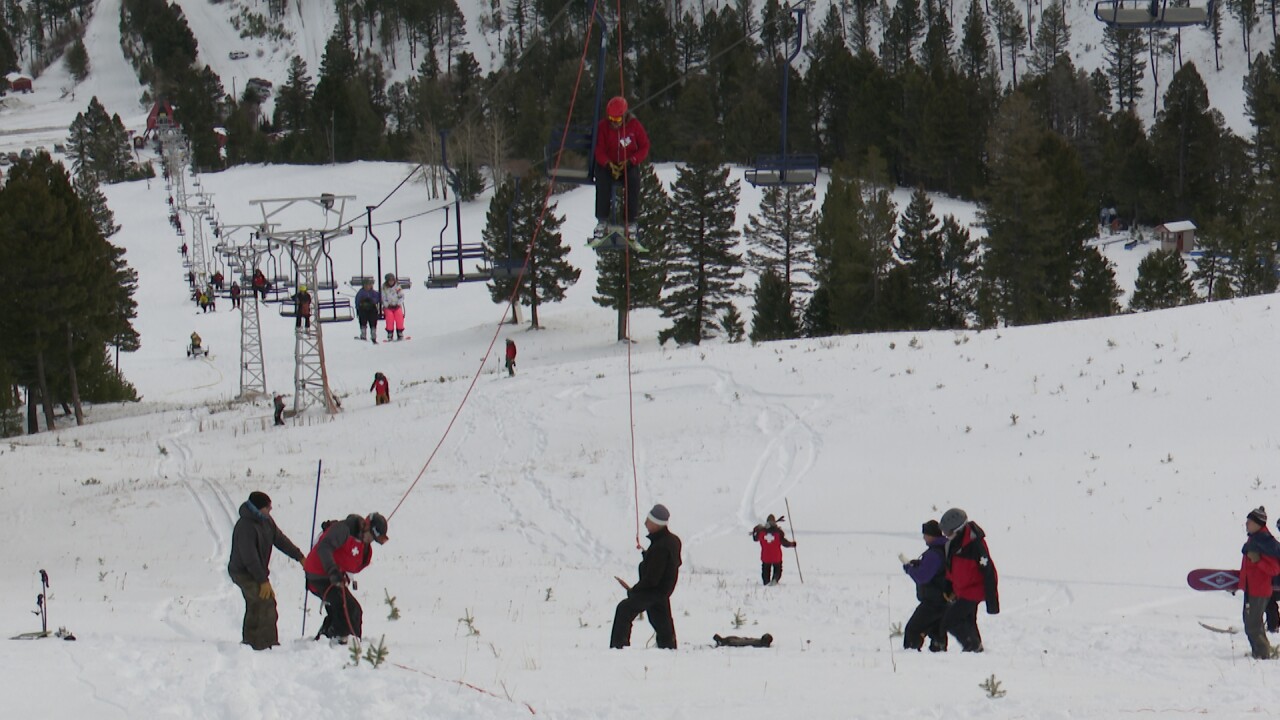 HELENA — There is less than a week to go until Great Divide Ski Area kicks off its season, and workers are training to make sure everyone stays safe.

Great Divide held a lift evacuation training Saturday morning. General manager Travis Crawford said they typically do smaller-scale trainings on a monthly basis, but this exercise was a full-scale scenario.

Several dozen ski patrol members and lift operators took part in the training. Many of them got onto a chair lift to be rescued.

Patrollers used ropes to raise a seat up to the passengers, then practiced lowering them safely to the ground.

Once people were brought down from the lift, they joined the evacuation teams to practice the skills themselves.

Crawford said the goal is that, in case of emergency, they could safely get everyone off the Belmont lift – Great Divide’s largest, which could hold up to 90 skiers – in two hours.

Great Divide has done this training for years, but Crawford said they only recently started including lift operators.

“Traditionally we’ve only trained our ski patrollers to do lift evacuations,” he said. “When we went through and started thinking about the logistics, we started asking ourselves, ‘Why wouldn’t we train more people that are up here?’ In this sort of situation, the more people we have that are trained and can safely do this, the better off we are, because the quicker we can evacuate the entire lift.”

Crawford said they’re training for something they hope they’ll never need to do.

“We have an incredible lift maintenance department, we do work year-round on all of our chair lifts, and they have a great safety record,” he said. “But there is a chance that there would be a mechanical failure that we could not quickly fix. In that case, we do need to be very well prepared to be able to efficiently evacuate the chair lift if needed.”

Great Divide is scheduled to have its opening day Saturday, Nov. 9, which Crawford said would be their earliest opening date. They will open the Goodluck chair lift and the beginners’ area.