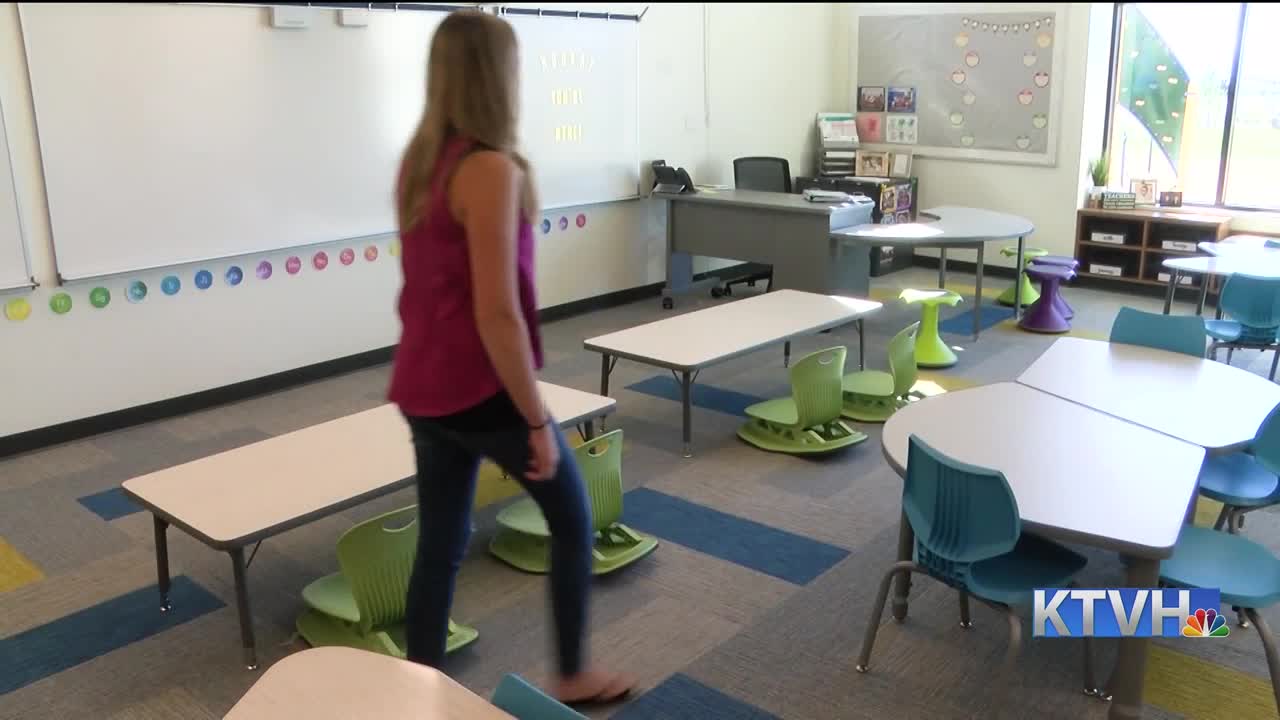 HELENA — Students will have flexible seating options in every classroom at the new Jim Darcy, Bryant and Central Schools.

Instead of traditional row and column seating, students have the choice in where they sit for class and what they’re sitting on.

“It’s a paradigm change for all of us,” said Brian Cummings, principal of Jim Darcy Elementary. “We piloted this philosophy throughout the district in a few classrooms and it’s been working out very well.”

The idea is that by providing options it gives kids a sense of empowerment, and in turn be more invested in their class.

“If you think about it, we find comfort sitting on the couch doing our email, at a kitchen table or just standing at a counter working,” explained Cummings. “As adults we don’t force ourselves into one size fits all. So we’re doing that for the kids.”

Teachers at Jim Darcy say they found that the students who had the choice of flexible seating were less distracted and performed better in class.

“It’s surprising the kids that you maybe think need it don’t need it, it’s the ones that you wouldn’t see in a regular setting,” said Riley Thatcher, 2nd Grade teacher. “It gives them an opportunity to pick where they want to sit and how they best learn.”

“There’s a lot fewer re-directions by me trying to get them to stay in their spot or be on task. If they have a wobble seat they can wiggle a little bit, that was all they needed to stay focused,” said Brenna Stefanik, 2nd Grade teacher.

Stefanik helped lead the charge on adopting alternative seating at the school after being inspired by how much a wobble seat really helped one of her students.

“I had a student that really struggled and fell out of his chair a couple times a day,” explained Stefanik. “As soon as I gave him a wobble seat, I no longer had to stand next to him to get him to do his work and he felt really successful he had things completed.”

Stefanik said another benefit is the classrooms no longer have desks full of junk.

“We have these beautiful towers with bins for the kids stuff that are organized. The kids always know where to find things and it’s always where they expect them to be,” said Stefanik. “It really has cut out all of the time they’ve spent digging through desks.”

Principal Cummings said it’s noticeable how much more socially, emotionally and academically happy the kids are with flexible seating.