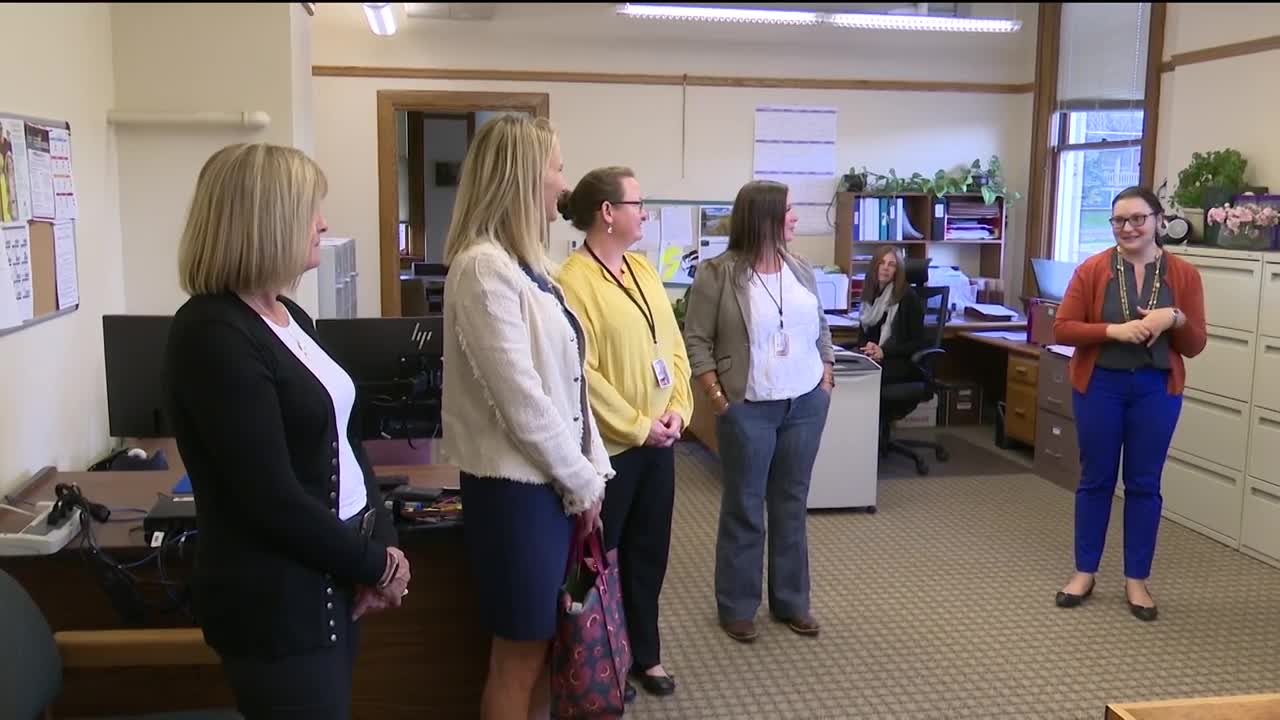 HELENA — A leader with the U.S. Department of Justice said Thursday that she’s impressed with the Helena City Attorney’s Office’s work to serve victims of violent crimes.

Kate Peterson, the acting deputy director of the DOJ’s Office for Victims of Crime, called the Victim Services Program “trendsetting” after a meeting with Helena city leaders. She is in Montana this week, visiting programs around the state.

In 2016, the city of Helena received a federal Victims of Crime Act grant, administered by the Montana Board of Crime Control. That funding allowed leaders to hire a victim services specialist within the city attorney’s office.

The victim services specialist works with victims in misdemeanor violent offenses that go through Helena Municipal Court, including partner and family member assault, sexual assault, assault, stalking and violations of no-contact orders or orders of protection. The specialist can help them get the support services they need and make sure their voice is heard throughout the legal process.

“The criminal justice system, the courts, the prosecutors can seem very intimidating to somebody who may not even know what happens with a criminal case – this could be their first experience with it,” said Nicole Doyle, who has worked as the city victim services specialist since 2018. “I’m that friendly face that explains it to them, the behind-the-scenes person, working all of that out – so if there is a meeting with the prosecutor, they’re ready for that, it’s not as intimidating as it can initially seem from the beginning.”

Doyle has her own office in the City-County Building. It is designed to be a welcoming space, with seating areas and other amenities that families may need. She says, by making sure the victims feel heard, the City Attorney’s Office can better determine how to move forward with a case and come to a just outcome for everyone.

Since Sept. 2016, the Victim Services Program has helped more than 500 individual victims. The VOCA grant provides 80% of the funding for the program, and the city provides a 20% match.

Leaders say many governments that have victim services also use those programs to work with witnesses. Peterson said Helena’s program stands out because the specialist can focus entirely on the needs of the victims.

“You guys, as an office and as an institution, really respect that and appreciate the need for that role , and I think that’s so special,” she said. “From our perspective at the federal level, that’s what we want.”

Peterson said the program can serve as an example, and she suggested it could be highlighted as a model at a national conference.

Helena city manager Ana Cortez said, because of Helena’s size, it can serve as a “lab” where programs like this can be tried out and improved before being introduced on a larger scale.