How the political sausage gets made 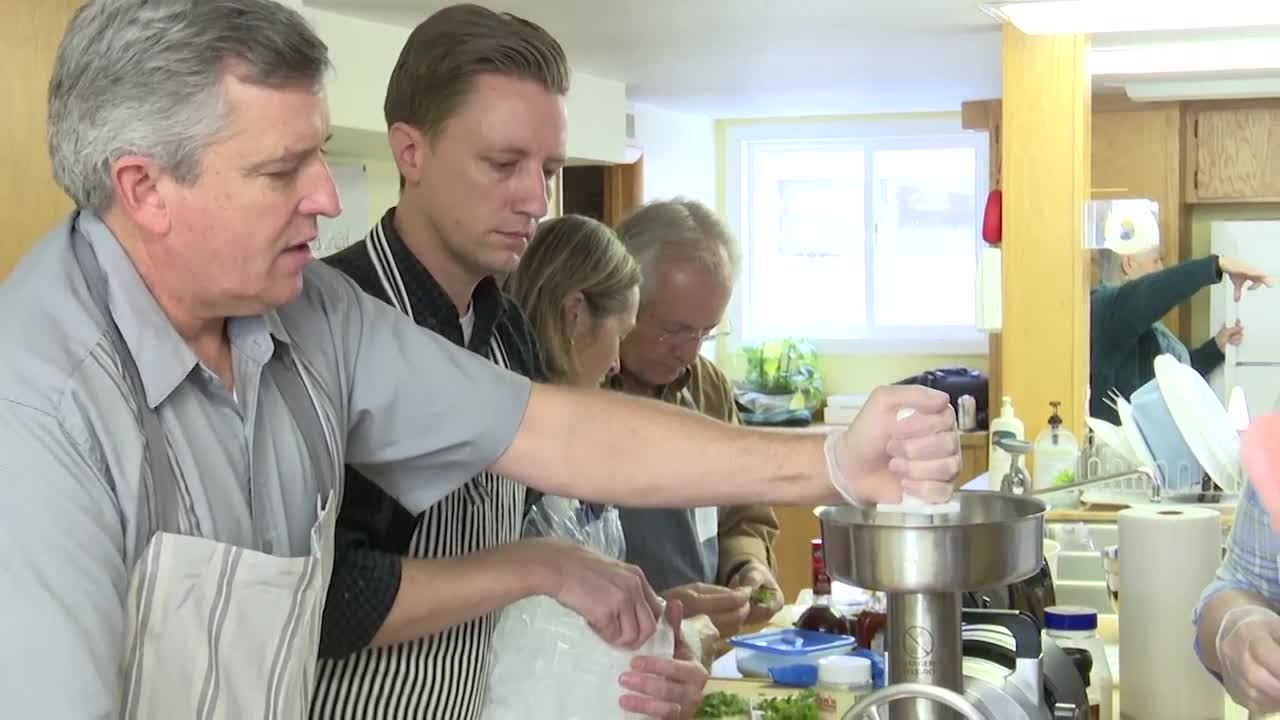 Most of Montana's state lawmakers are coming to Helena this week, for a set of informational meetings on tax-and-budget issues.

But on Sunday a small group of legislators met in a church kitchen, for an unusual show of bipartisanship.

The 20 or so lawmakers met at the Methodist Church just south of Helena, in Clancy to make sausage.

It's the second year and a row for the gathering, organized by Chief Deputy Attorney General Jon Bennion.

Bennion says in the toxic atmosphere of today's politics, the missing ingredient is often civility.

So, since sausage-making and law-making are often linked in a negative way, he decided to invite lawmakers from both parties for an afternoon of making actual sausage. With the hope it would show that both processes can succeed, by working together.

The two crews of lawmakers made a spicy, and regular version of sausage, ending up with about 40-pounds, they get to take home themselves.

"When I heard that expression you never want to see two things being made, laws or sausage - i don't agree," said Bennion. "I think you can do both really well, and it's very fulfilling. The idea was to get people together for both parties to have a little fun, draw a little parallel between good legislating and good sausage making and i think it's been a success."

Bennion is one of two republicans running for attorney general this year.

His opponent in the GOP primary is former House speaker Austin Knudsen of Culbertson.