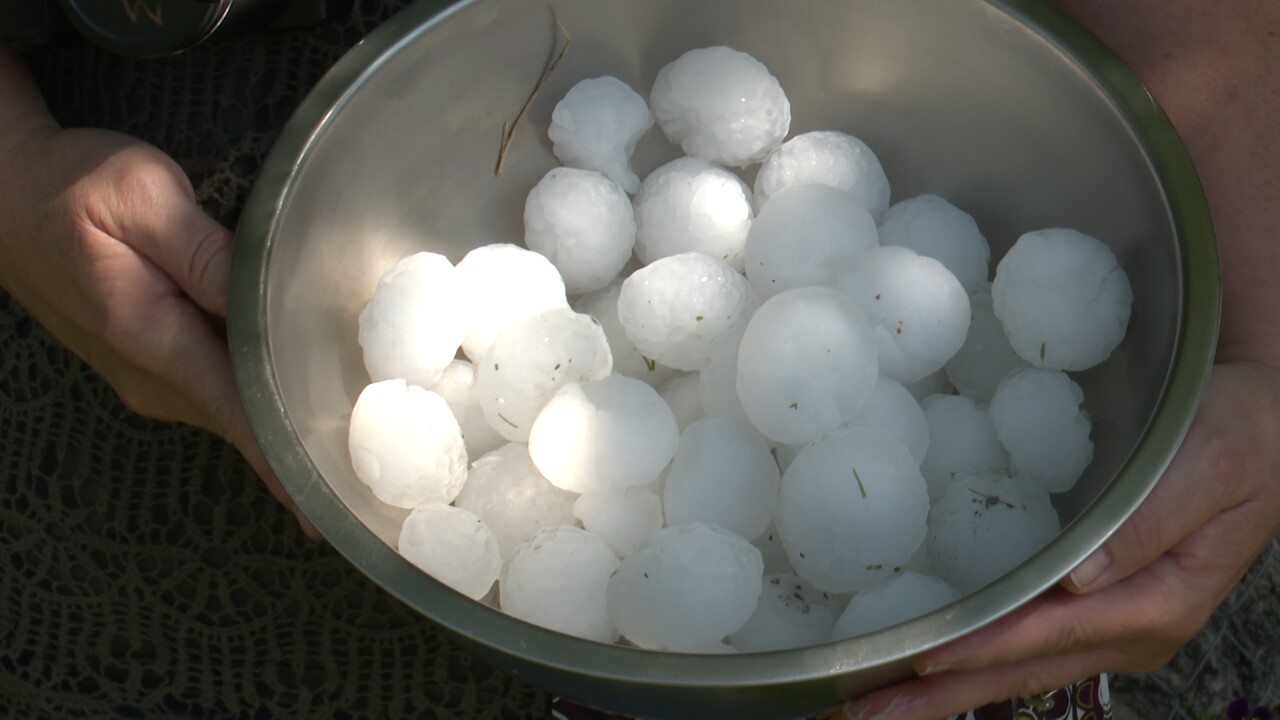 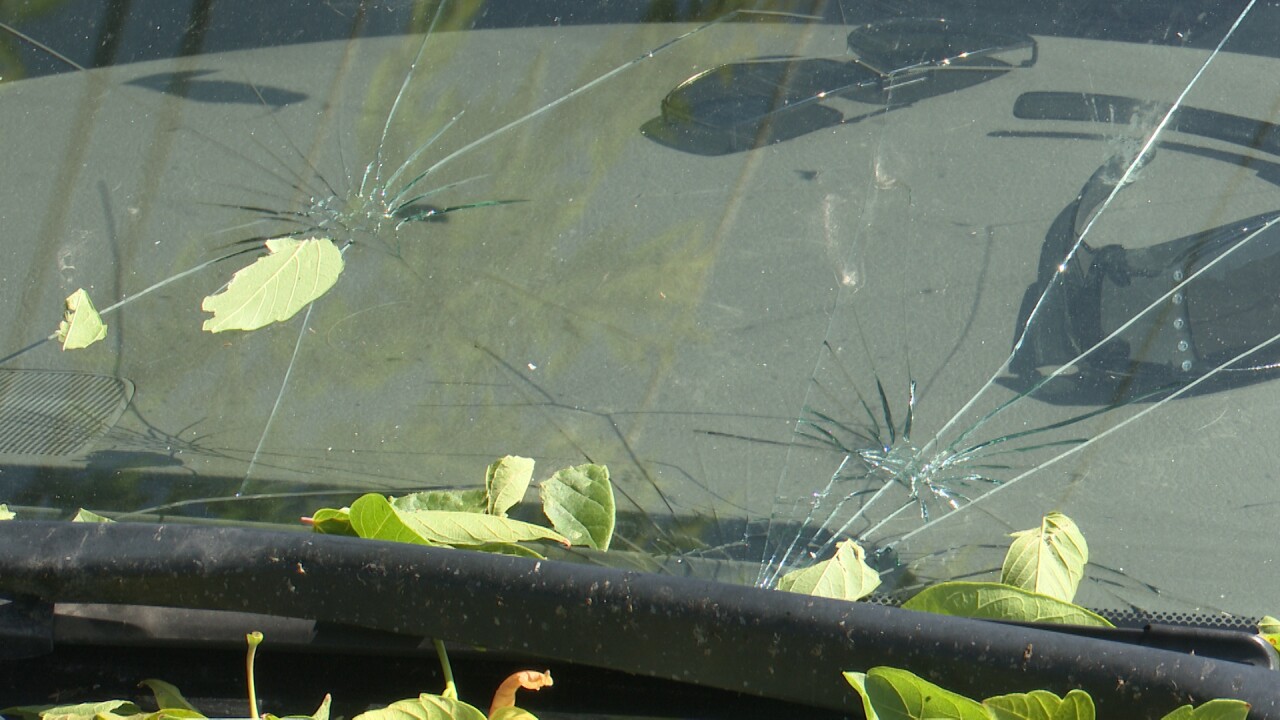 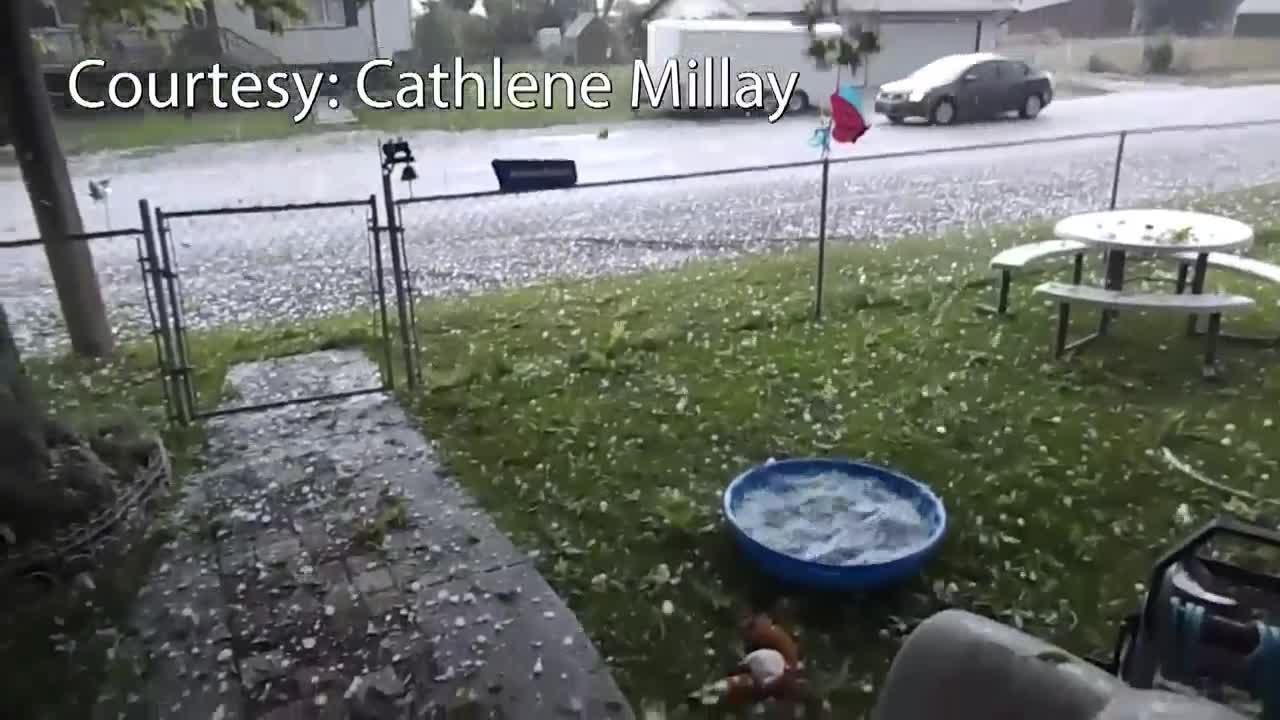 Cathlene Millay said she had just returned home to Townsend Saturday afternoon when something outside caught her attention.

“All of a sudden, there were some big knocks on the roof and on the ground,” she said. “We just looked outside, and all heck broke loose from there.”

A strong storm brought large, damaging hail through the area. Millay recorded a video of the hail covering much of her yard.

“We’re getting the biggest hail you’ve ever seen!” she said in the video.

Many of the hailstones were around two inches in diameter. Millay collected a number of them and saved them in a bowl in her freezer.

“I’ve never seen hail like that in my 60 years here in Montana,” she said.

The hail cracked windshields and put dents in vehicles around town. It brought down leaves and branches around Millay’s neighborhood, and knocked apples out of a tree in her yard.

“We’re Just assessing a lot of the paint damage peeled off the house and the stairs,” she said. “I’m hoping the seals of the windows didn’t get broken because we just fixed those.”

There were also some reports of crop damage from the storm.

However, the effects of the storm varied substantially by location. Residents living north of Townsend also reported large hail, while employees at a business on the city’s south side said they didn’t see any hail at all Saturday.

Millay said this storm came almost exactly three years after another hailstorm that hit Townsend. That hail caused her family $6,000 in damage. It will still take some time to determine the full extent of what this storm caused.

“There’s people with gutters punctured through from the big hail, gardens annihilated – it’s pretty bad,” said Millay. “Ours looks pretty good considering some of the other ones.”