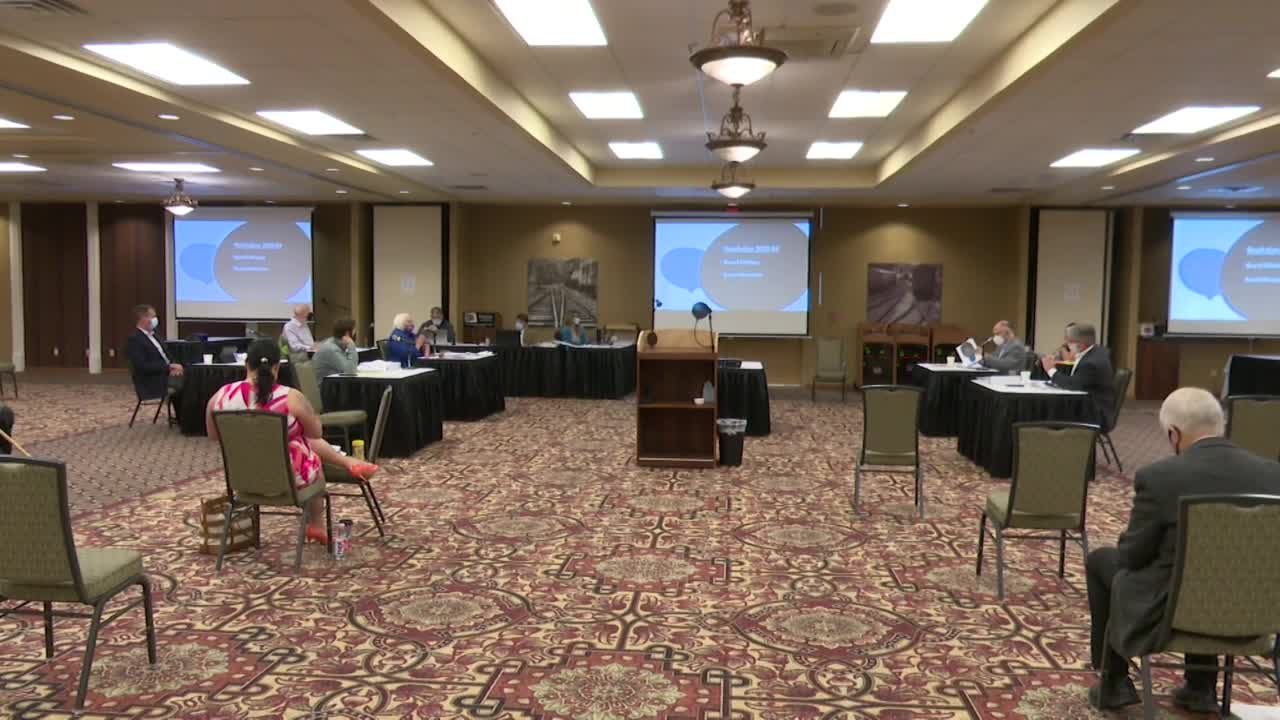 HELENA — After months of discussion and debate, Lewis and Clark County commissioners have unanimously approved new zoning rules for the Helena Valley – but not before making one major change in response to criticisms the plan has received.

On Tuesday, commissioners met for about five hours to discuss, amend and finally approve the county-initiated zoning proposal.

“This is a monumental moment for Lewis and Clark County,” said Commissioner Andy Hunthausen.

However, they agreed to delay the most controversial provision of the plan – a minimum lot size of 10 acres in rural areas – to give stakeholders a chance to propose alternatives.

The new rules will create three zoning districts – one urban, one suburban and one rural – across much of southern Lewis and Clark County. They include a variety of regulations on things like allowable land uses and building heights.

Commissioners have been talking about implementing a broad zoning plan in the Valley since last year. They argue planning for expected growth – and particularly limiting development density in rural areas – is the best way to address issues like fire protection, water and roads.

“Even though this job is hard, the work has been bitter in some cases, it’s our duty to do this today,” said Commissioner Susan Good Geise.

During the public hearing process, the zoning plan drew extensive criticism from Valley landowners and developers. They said the rules would put too many restrictions on property owners, make it more difficult to develop affordable housing and potentially threaten property values. Many of the opponents were particularly unhappy with the 10-acre limit.

Commissioners said Tuesday that, in light of the public comment they heard, they were willing to delay implementation of the 10-acre limit until June 1, 2022. In the meantime, they will create a working group – including developers, residents, firefighters and other representatives – to look at other potential options.

“We will extend them the opportunity to take their turn at suggesting ways that, in their opinion, may work to accomplish their stated mutual goals to address the challenges that exist in the Helena Valley Planning Area in a way that is congruent with the growth policy,” Geise said.

The county will commit $100,000 to facilitate the working group’s discussions.

Jerry Hamlin, president of Hamlin Construction and Development, had testified against the plan at public meetings. He told MTN Tuesday that the 10-acre limit had been the main sticking point for many people, and that he saw the commission’s decision to defer it as “a step in the right direction.”

“I appreciate the fact that the county commissioners took in the opponents’ testimony and ideas in the final decision that they made today on this plan,” Hamlin said.

The commission also made another change to the zoning rules, relaxing restrictions on the size of a home-based business. Contractors had raised concerns about the effect the regulations would have on them.

Now that the commission has approved a resolution of intention to implement the zoning plan, there will be a 30-day protest period. Commissioners are set to take final action next month.