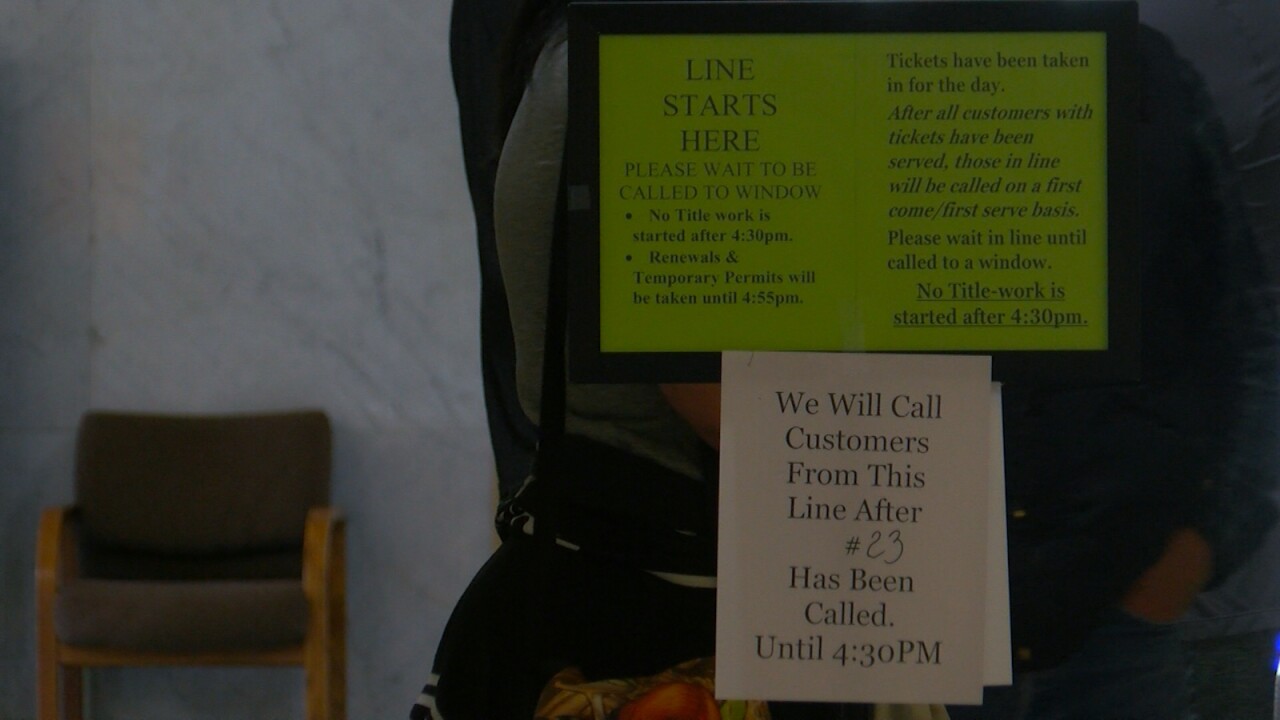 HELENA -- Starting on July 6, the Lewis and Clark County Motor Vehicle Department will once again require appointments for those needing title work done.

Paulette DeHart, the County Treasurer, Clerk and Recorder said the MVD will be returning to an appointment only basis due to the rise in COVID-19 cases across the state, noting the need to keep both state employees and citizens safe.

The department went to an appointment only basis in March, when Governor Bullock declared a State-of-Emergency forcing many businesses to close or change the way they interacted with customers.

DeHart said due to the rapid shift, it's created an unprecedented back log of paperwork for them to take care of, which is why they're trying to alleviate the strain by allowing people to start some of the process online instead of asking them to wait in the lobby.

“If you need a temporary registration permit, you can apply for that online on the county's web page. If you've got title work and you need a title work done, you can submit that and start the process online," said DeHart, referencing this page. "I have one employee that's working full time on that and it's just going gangbusters. A lot of people are utilizing it.”

MTN spoke to a handful of Lewis and Clark County residents who were attempting to get title work done in person. One person noted they thought moving to an appointment based system for title work was a good idea as long as it was in the interest of keeping people safe.

Another person, who had tried to get through the line on three separate occasions, told MTN they thought it was not a good idea, because the appointments for title work were already booked out.

Lewis and Clark County did say in the press release they will continue to serve people with registration renewals on a first come, first serve basis as long as those waiting in the lobby abide by social distancing guidelines.

The County later stated, that if the social distancing was not taking place, registration renewals would also go to an appointment only basis.