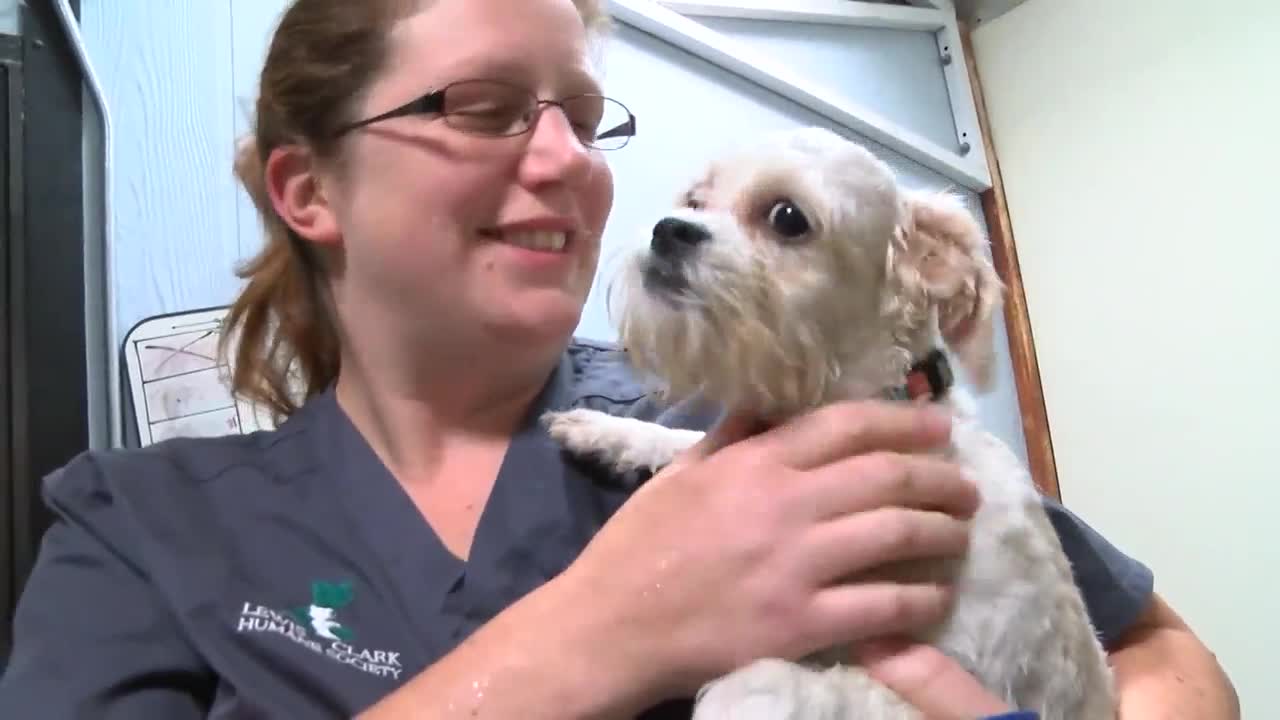 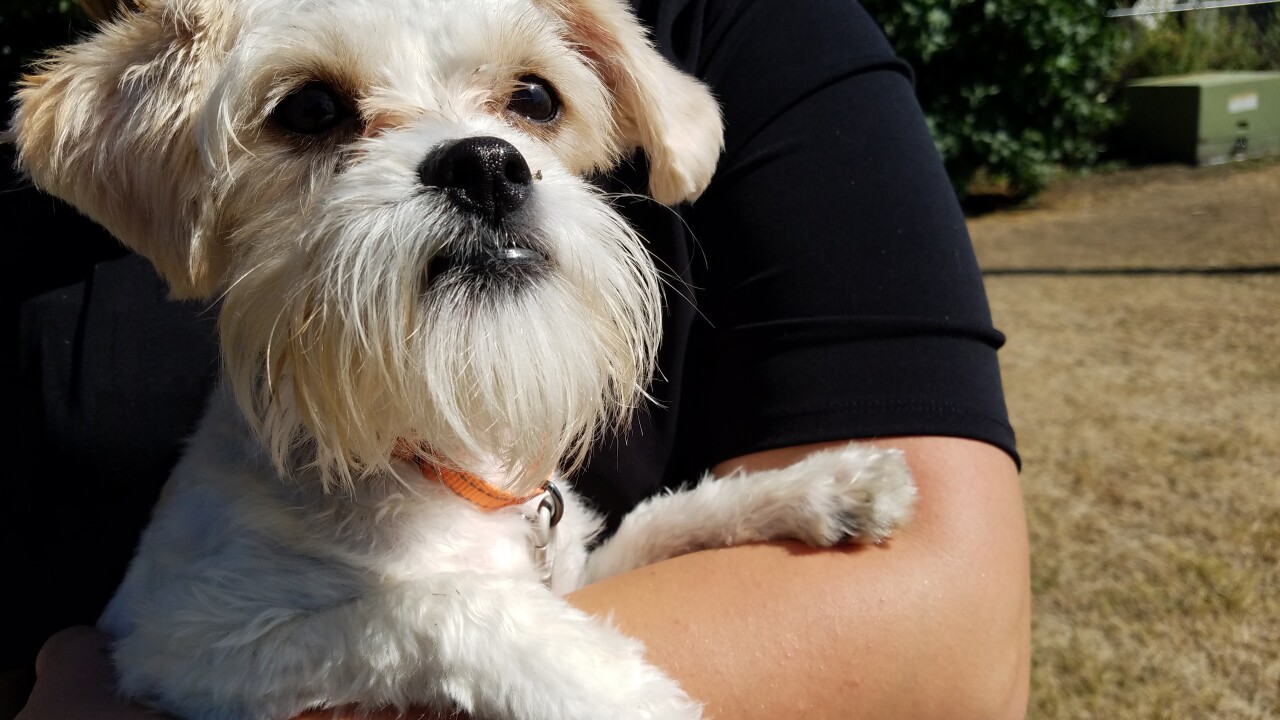 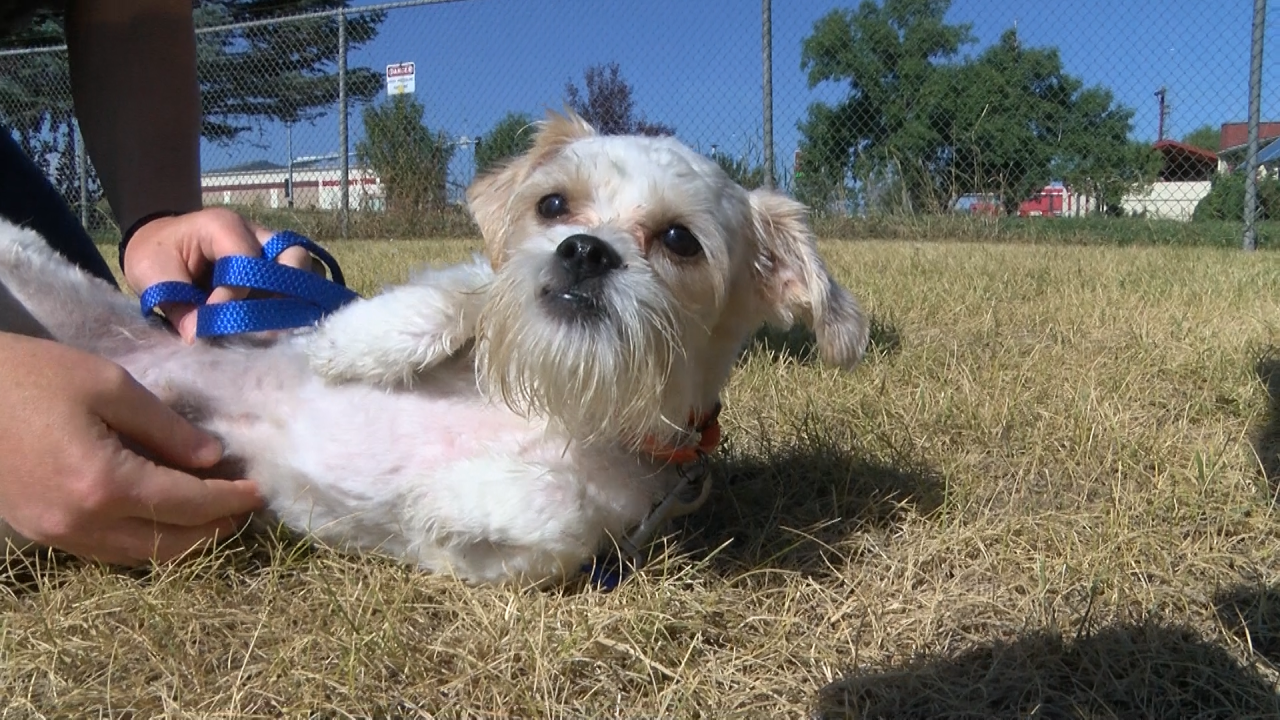 HELENA — In July the Lewis and Clark Humane Society (LCHS) began taking care of 11 dogs with the worst cases of dog lice they've even seen.

When the dogs first got to the shelter they were infested, underfed and lethargic.

As of August 13, the “louse dogs” are parasite free and are beginning to act like regular dogs.

“I honestly think that’s probably my favorite part of being at the shelter is watching them transform,” said Kelsee Dalton Watts, LCHS executive director. “You see them come in terrified and they’re scared. Then you get to see over a couple of weeks that they just really transform into these great little dogs.”

Each of the Shih Tzu-Chihuahua crosses have gained around 5 pounds on average and have a lot more energy.

When we first reported this story, the smallest male named Lewis seemed dejected at his situation and looked dappled due to the amount of lice on his body.

On Tuesday Lewis was wagging his tail, snuggling with shelter staff and has a handsome blonde coat growing back.

The louse dogs are currently in the process of being spayed and neutered while staff work with them on any behavioral issues they might have.

“Typically dogs that come in here they have a little quirk or something that we help them work through to make sure they’re going to be a good addition to their next family. These guys haven’t had a lot of individual attention. So we’re working with them on leash training, wearing collars and handling, but overall they’re just super nice little dogs,” said Dalton Watts.

Up until recently the louse dogs had not had a lot of physical handling and had most likely had never been walked on a lease.

“At first we let them walk and let them go where they want to go,” explained Howard,” just so they know what it’s like to have a leash on and that they’re not going to get hurt. Then they start getting excited because they learn the leash means outside which mean fun.”

Over the next couple weeks staff will start to gauge how they do with other animals, people and begin to get a better picture of what home will be best for them.

The louse dogs are not unique in this treatment though, LCHS performs the same type of behavioral analysis on every animal that comes through their doors.

Dalton Watts said beginning next week the staff will start looking at applications and finding the best homes for each animal.

Those interested in adopting one of the louse dogs should send in an application to the LCHS.

While the louse dogs won’t be available for a while, the shelter more than 100 other animals in their care.

On Saturday August 17 the Lewis and Clark Humane Society will be holding a “Clear the Shelter” event to find as many new homes as possible for their animals.

All adoption fees will be waived for available pets.

Staff will still be meeting with each family to make sure their home is right for the shelter animals.

More information about adopting an animal from LCHS, including all the cats and dogs available for adoption can be found on their website.