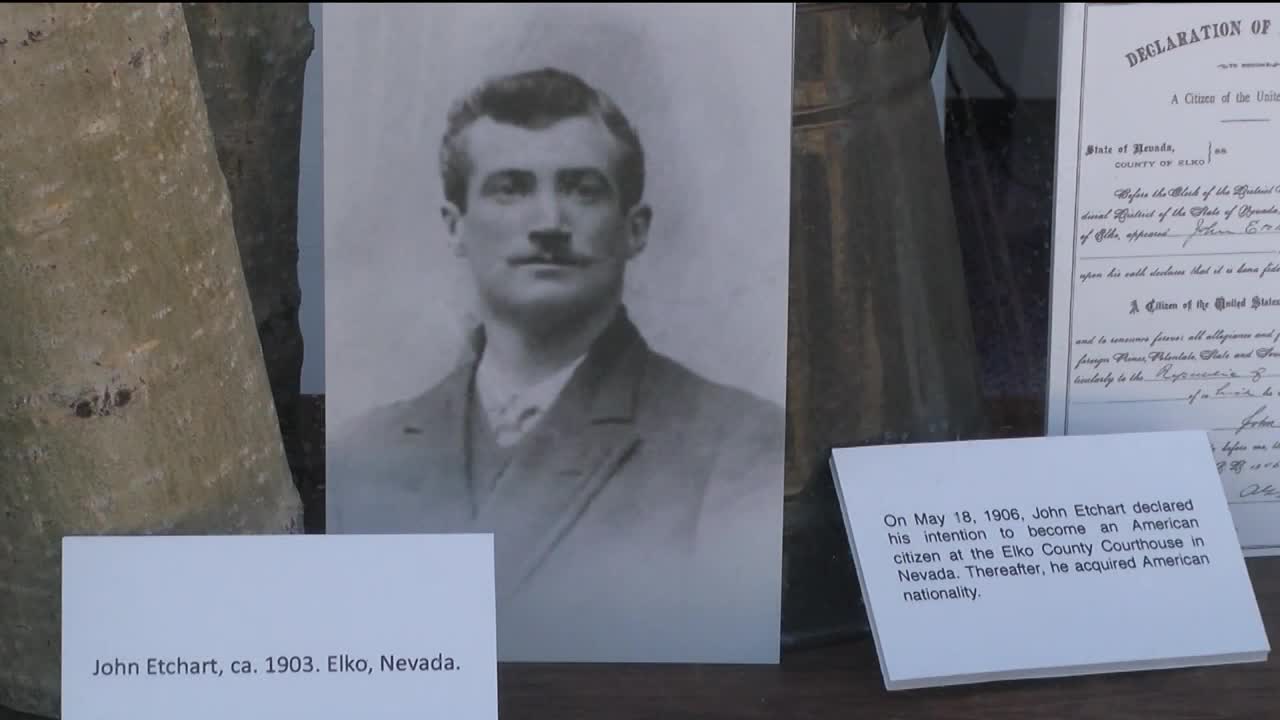 HELENA — A new exhibit detailing the life of John Etchart, one of Montana’s most prominent sheep ranchers, is now on display on the Walking Mall in downtown Helena.

John Etchart came to America from Basque Country, an autonomous community in northern Spain, in 1900.

After working as a sheepherder in California, he partnered with brother Michael and their Cousin Martin Chabagno to form a sheep partnership in Nevada, which eventually totaled 20,000 head.

The men dissolved the partnership in 1909 and returned to Basque Country.

In 1910 John moved to Montana and began buying massive amounts of land in Valley County.

Over the next several decades, the Etchart ranches would become one of the largest livestock-- sheep and cattle-- operations in Montana, spanning more than 570 square miles.

Dr. Iker Saitua, a Basque emigrate himself, created the exhibit and he was drawn to Ecthart’s story.

“It’s very exciting to not only feature the life of John, but bring the Basque culture to the state of Montana,” said Saitua. “They became one of the most important emigrate communities in the ranching and history of this state.”

“The modern history of the American West is one of the most diverse in terms of immigration and diversity, and the Basque where part of this,” said Saitua.

Etchart passed in 1943, but not before having a significant influence on the livestock industry.

He was instrumental in upgrading the quality of range sheep and cattle, as well as facilitating the development of modern agricultural technologies.

Etchart also helped connect Montana to national markets, and defended the idea a close cooperation among rancher was beneficial to everyone producing livestock.

The exhibit will be on display at the Good Kind Block Partners building from until September 6and then be displayed in the City County Building through September 30.

The exhibit is sponsored by The Montana History Foundation and supported by the Department of History at Carroll College and the Etchart family.

More information about the traveling exhibition can be found at https://www.johnetchartexhibit.com/.

An opening reception for the exhibit will be held at Ten Mile Creek Brewery on Tuesday, September 3 from 5:00-7:00 p.m.