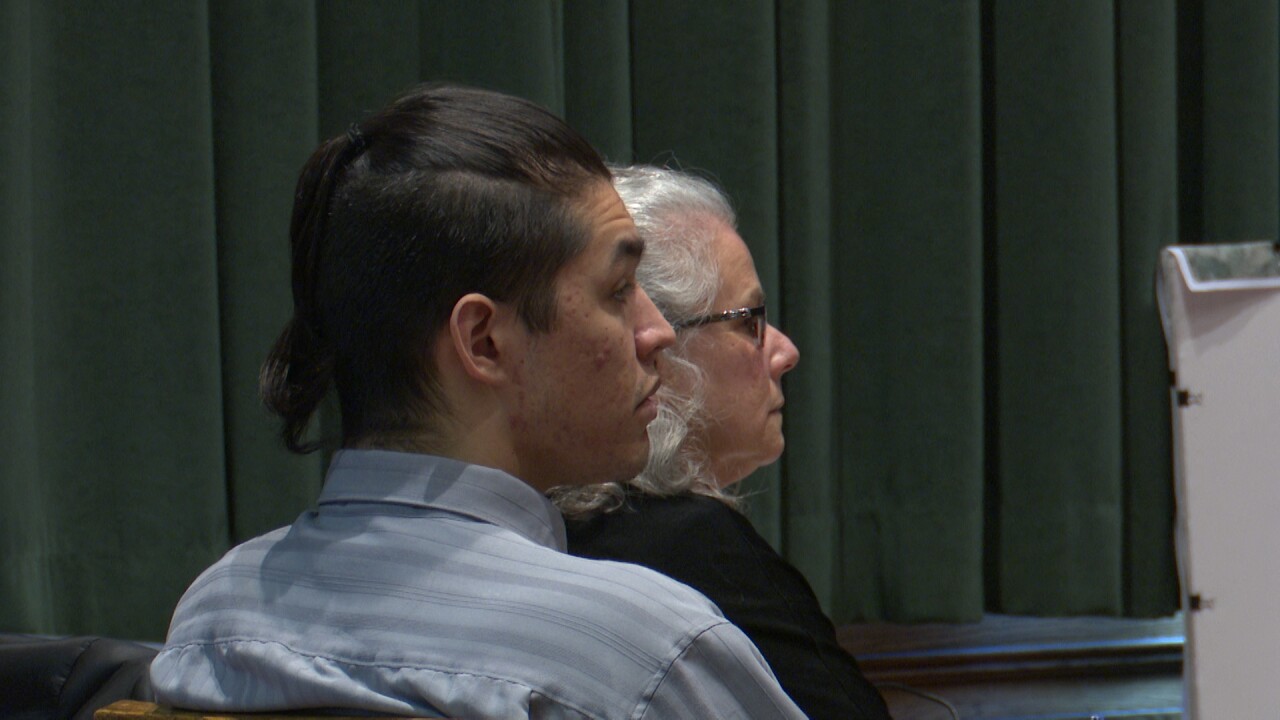 HELENA — Journey Wienke, the final suspect linked to a double murder north of Helena last year, has been found guilty on two counts of deliberate homicide.

After about seven hours of deliberation, a Lewis and Clark County jury announced their verdict late Friday evening.

Wienke was also found guilty of tampering with physical evidence.

District Court Judge Mike Menahan and the attorneys in the case agreed to set a sentencing hearing for January.

Jurors unanimously found that Wienke directly caused the deaths of David and Charla Taylor. They also had the option of finding him legally responsible because he was accountable for a robbery at the victims’ home, but they did not end up needing to rule on that option.

Wienke was the third and final suspect linked to the deaths of David and Charla Taylor, on March 18, 2018. The victims’ bodies were found in their home on Cayuse Road.

After four days of testimony in Wienke’s trial, the prosecution wrapped up its case Friday morning. The defense then rested its case without calling any witnesses, after some discussion overnight of whether Wienke would take the stand. In the end, he did not testify, as defense attorneys said all the evidence that was needed had already been seen.

Both sides agree Wienke went to the victims’ home the night of their deaths, along with the Taylors’ son Kaleb and another man, Kyle Hamm. Kaleb Taylor has admitted he attacked and killed his parents. Investigators said they received extensive blunt-force and sharp-force injuries.

Prosecutors argued Wienke was also responsible for the Taylors’ deaths – either directly, because he participated in the murders, or legally, because he and Taylor planned to rob the house and the deaths occurred in the course of that crime. The jury was asked to consider each of those justifications. Wienke could have been found guilty of one or the other, but not both.

County attorney Leo Gallagher said Wienke’s story to investigators had too many inconsistencies.

“We will never know what they did there for an hour, because none of these guys have told the truth,” he said.

Prosecutors also argued that Wienke had tampered with evidence. Investigators said security video from a nearby car wash shows the three suspects cleaning out Taylor’s truck after the murders. They argued Wienke helped wash off Taylor’s clothes, his own feet and the suspected murder weapons. Prosecutors said he also helped dispose of the weapons and of stolen jewelry.

Defense attorneys said the state couldn’t provide any evidence to show Wienke had directly taken part in the attack, and that they couldn’t prove there had been any plan to rob the Taylor home. They argued Kaleb Taylor had been entirely responsible for his parents’ death, and he had decided after the fact to make it appear like a robbery gone wrong.

“Is it unreasonable to think that a person who just killed his parents is going to hurt you if you don’t do what he says?” Smith asked the jury.

The other suspect linked to the case, Kyle Hamm, was convicted of deliberate homicide and tampering with evidence earlier this month. He is set to be sentenced in December.