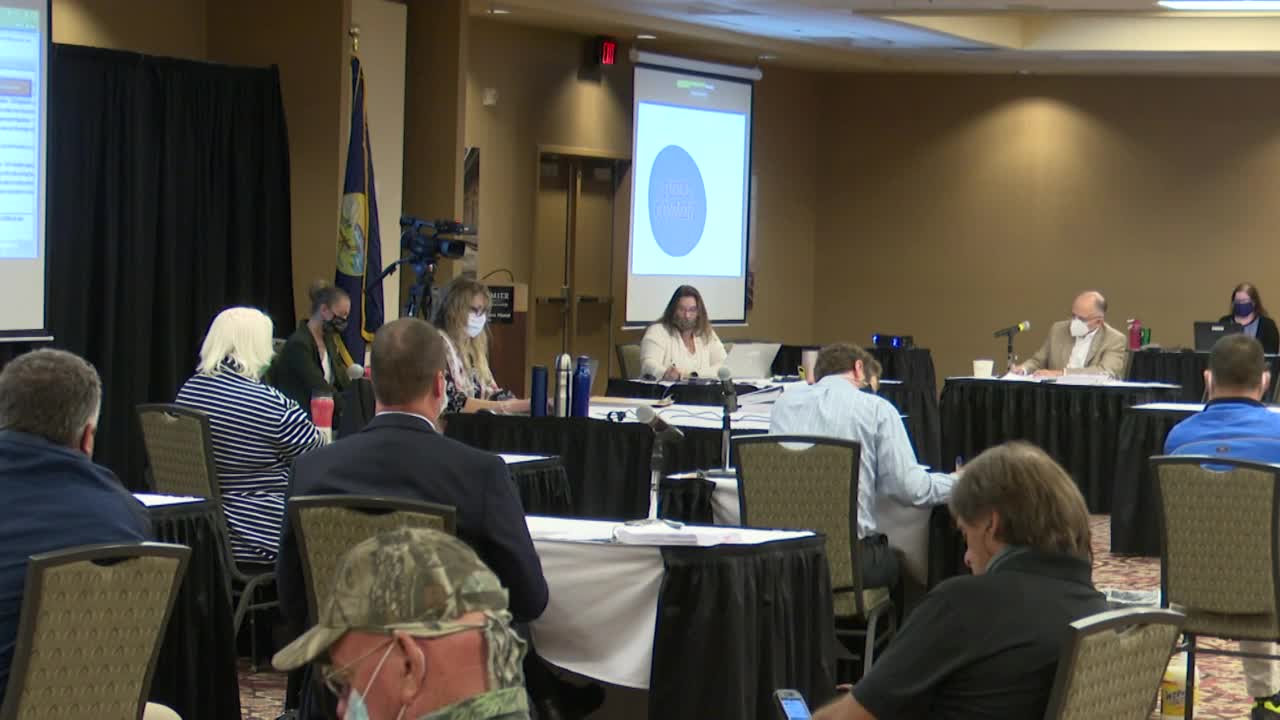 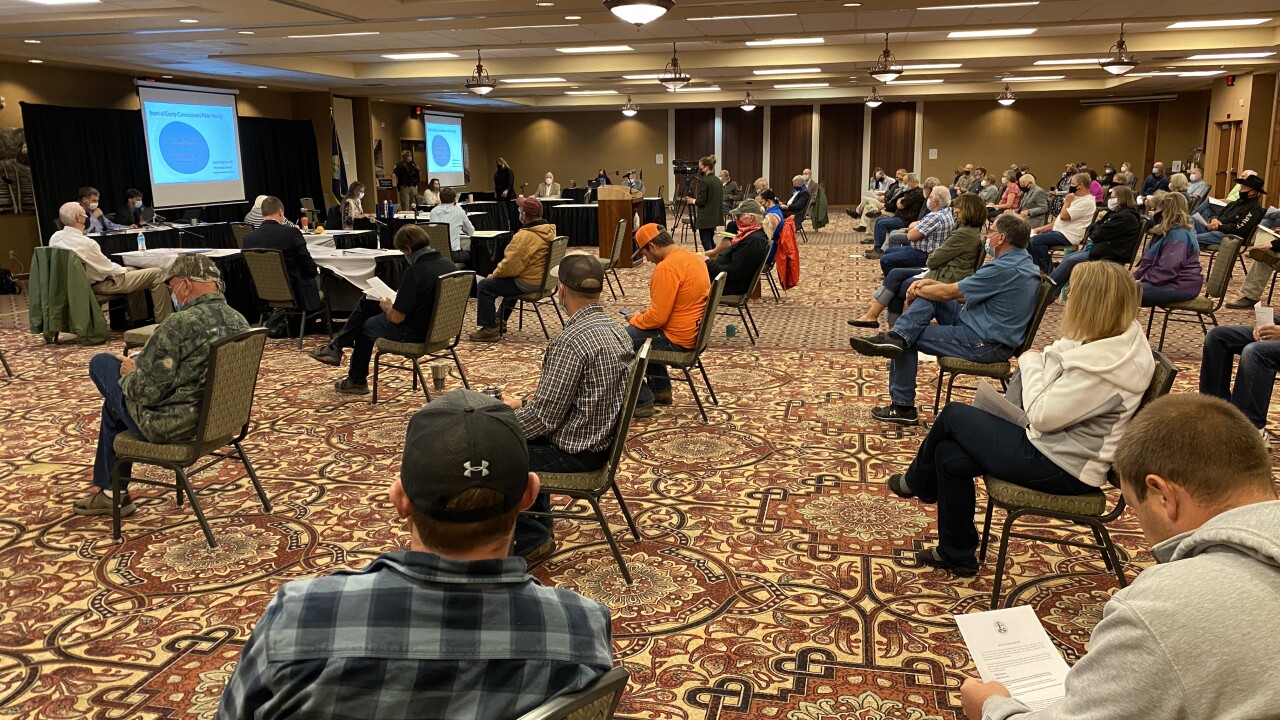 HELENA — The Lewis and Clark County Commission held a public meeting Tuesday, opening the last phase of public comment on a heavily debated proposal to implement new zoning rules in the Helena Valley. As has been the case through months of discussion, those providing comment were overwhelmingly opposed to the plan.

The proposed rules would create three zoning districts – one urban, one suburban and one rural – across much of southern Lewis and Clark County. It includes a variety of regulations, specifying things like allowable land uses, building heights and how far buildings have to be from property lines and bodies of water. One of the most notable changes would be implementing a minimum lot size of 10 acres in the rural district.

Planners said during Tuesday’s meeting that the plan was designed to manage growth in accordance with the county’s 2015 growth policy – particularly to limit density in the rural area. They argued heavy development in those parts of the Valley would put too much pressure on resources like water, roads and fire protection.

“The message is clear: high-density development is incongruent with many areas within the rural growth area,” said Peter Italiano, the county’s community development and planning director.

Planners said their current methods for managing growth, including subdivision regulations, are not sufficient. They said creating overall zoning in the Valley would create more stability for residents.

“Under our current planning management program, there is no predictability,” said planner Greg McNally.

Leaders also pointed to other counties in Montana, including Cascade, Missoula and Flathead, that have adopted some forms on county-initiated zoning.

However, they still heard extensive opposition from the public, particularly from agricultural landowners and business owners. They said the proposed rules wouldn’t accomplish the goals leaders pointed to.

“It is clear to me the focus of this plan is not growth, but rather to remove growth so we don’t have to add infrastructure to accommodate the natural growth,” said Farren Flynn.

Opponents said the zoning plan would put too many restrictions on how people can use their land, limit the opportunities for building affordable housing in the county and threaten property values. They said they didn’t feel the county was giving due consideration to the concerns residents have raised.

Mike Hughes said many Valley residents have taken out loans using their property as collateral, and any drop in value was a danger to them.

“I’m speaking to the landowners and homeowners: Your land values are going to be affected negatively by this,” he said.

Abigail St. Lawrence, representing the Helena Building Industry Association, said other counties’ zoning rules are less extensive than what Lewis and Clark County is considering, and that the plan goes too far in its attempt to “put teeth” in the growth policy.

“The current proposal is not teeth; it’s fangs,” she said.

Tuesday’s meeting was held at the Best Western Great Northern Hotel in Helena, as a way to provide more room for people to attend while maintaining distancing. 100 people were allowed in the room Tuesday morning, while several dozen more were not allowed to enter because of COVID-19 restrictions. More than 60 people took part in the hearing’s morning session online through Zoom.

Several people in attendance raised questions about how the county determined who would be allowed to enter the room for the hearing, since several audience seats were not filled Tuesday morning. County chief administrative officer Roger Baltz said, under a plan approved by Lewis and Clark Public Health, authorities let 100 people in for the morning session. Once that limit was reached, Public Health did not allow them to let anyone else in – even if others left.

At 11:30, the hearing was stopped for a lunch break. The room was cleared and cleaned, and another 100 people were allowed in for an afternoon session.

Baltz said the commission has committed to taking additional public comment in two additional meetings at the Great Northern: Wednesday from 5:30 to 9 p.m. and Monday from 1 to 4:30 p.m. People will also be able to participate through Zoom.

In addition, written comments will be accepted until 12 p.m., Sept. 30, by email to planning@lccountymt.gov or by mail to Community Development and Planning Division, Room 230, 316 N. Park Ave., Helena, MT 59623.

Commissioners are set to begin deliberations on the zoning proposals on Oct. 6.