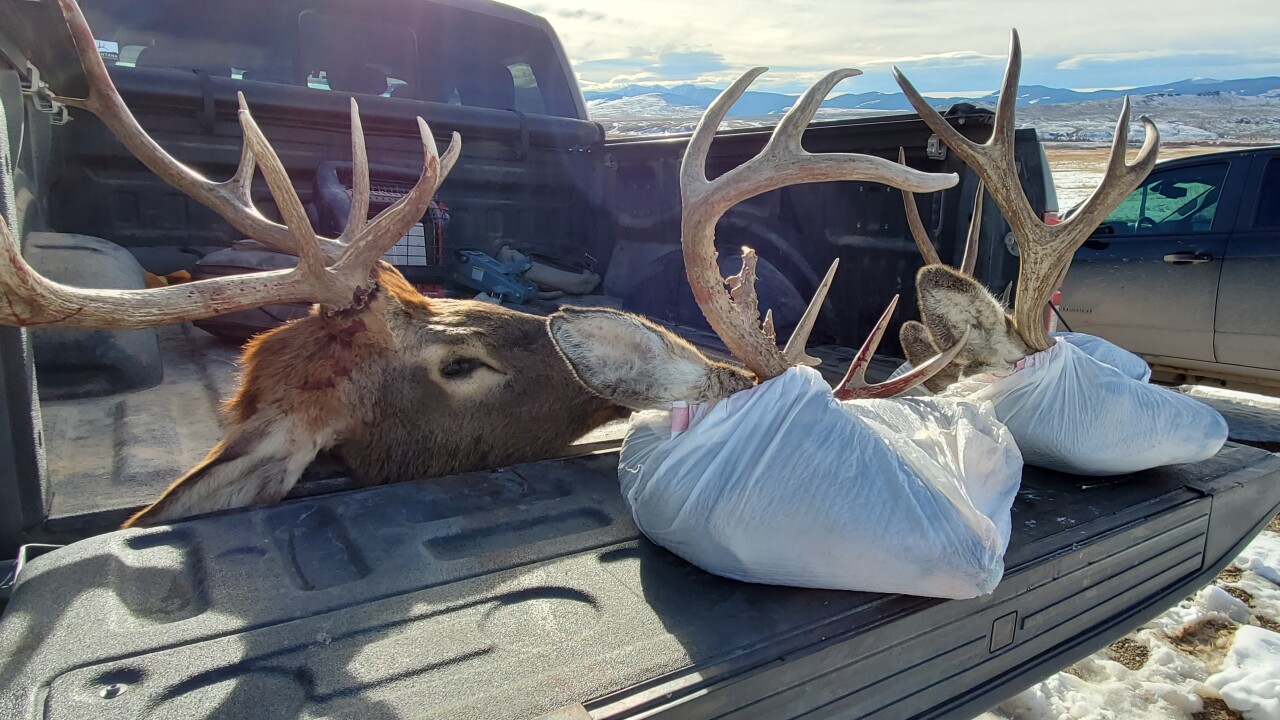 WHITE SULPHUR SPRINGS — An incident occurred on October 25th, 2020, involving about 100 hunters shooting at a herd of elk. According to Fish, Wildlife & Parks (FWP), violations were given out, but the community seemed more upset about the incident than the legal matter

“There's a lot of people that don't like hunting in general and what does this say for the people that enjoy this? It's giving us a bad name and it's giving ammunition for those people that want to restrict hunting rights," says David Sterner, a 30-year hunter. Specifically in Montana, he’s been hunting for about 15 years.

The Montana hunting community is not only shocked, but angry to learn fellow hunters surrounded a herd of elk, shooting consistently, killing 50 of them.

FWP says the incident occurred in White Sulphur Springs in a block management area. Six violations were given out including shooting from a road and not having an updated hunting license, but FWP says all was legal, just not so ethical.

“Unethical actions by hunters, in a circumstance like this, gives hunting as a activity, a real black eye,” explains Greg Lemon, FWP Spokesperson.

Other hunters vented their frustration after learning about the incident.

Among those frustrated is Bill Galt. His brother owns the land where the incident took place. Bill says himself and his brother are disgusted by the incident.

“Truthfully, you really want to just vomit, when you hear it,” says Galt, owner of Galt Ranch. “I mean, it makes you sick to your stomach and I think the community, in general, is that way. It's just like somebody punched in the belly when you see that happening or hear about that happening."

Out of the 50 elk that were killed. One was found unclaimed, and two were confiscated for violations.

The three elks were donated to a food bank. After the incident, the Galt brothers are in talks about possibly reviewing whether they should keep their block management areas.

"As strong supporters of Montana’s public lands and the outdoor traditions they support, we of course take no issue with responsible, regulated, ethical hunting," says Aaron Murphy, Executive Director of the nonpartisan Montana Conservation Voters Education Fund, in a letter sent to all three of Montana's gubernatorial candidates. "Whatever happened on the evening of Sunday, October 25, appears to be exactly the opposite."