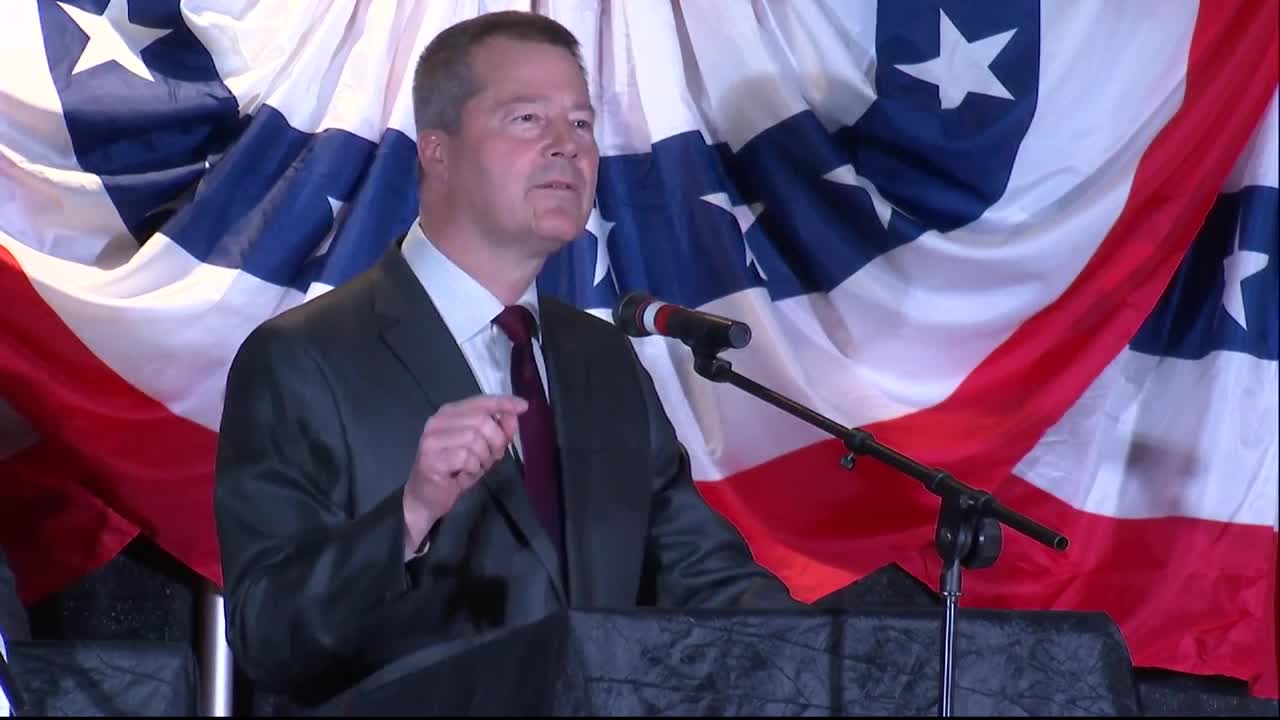 GOP candidates for Montana governor face off in Billings 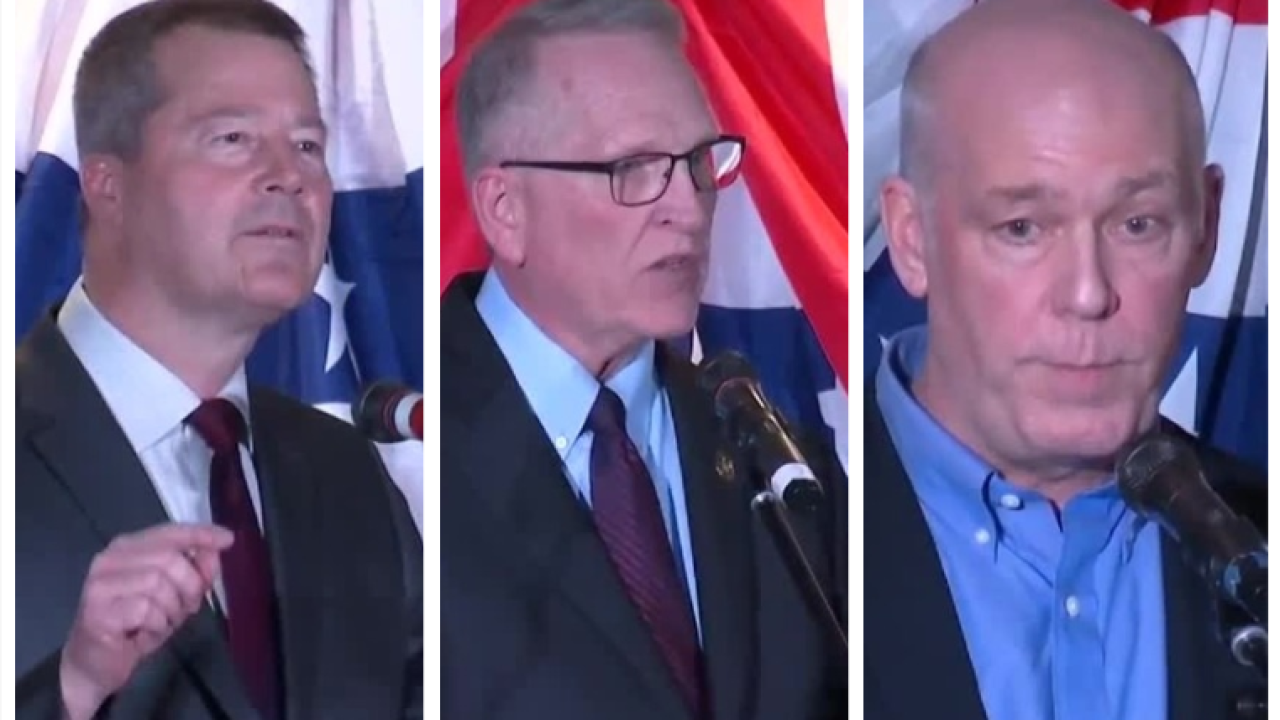 The three candidates vying for the Republican nomination for Montana governor squared off in a debate at the Billings Hotel and Convention Center Thursday night.

A crowd of 300 people squeezed in to watch Congressman Greg Gianforte, Attorney General Tim Fox and state Sen. Al Olszewski on the stage.

The Yellowstone County Republicans sponsored the debate, with the focus on health care, jobs and the economy and public safety.

"We must choose wisely. We have one shot. We cannot withstand eight more years of Democrats. We need to find the principled person, the principled conservative and someone with character and integrity to get this job done," Fox said.

"In spite of the rumors, lies and flip flopping, I will not be bullied or body slammed out of this race. Montana deserves a fighter in the governor's office, and I'm the man for that job," added Olszewski.

s for public safety, Olszewski offered a unique proposal - offering a $50,000 reward for anyone caught trafficking drugs or humans in our state.

"I'll tell you what will happen: This drug culture that depends on trust amongst each other is going to fall apart," he said.

Fox had a different plan.

"To defeat this drug problem, we must secure our southern border, and that means regaining control of the House of Reps and our incumbents stay in office," he said.

And Gianforte focused on the treatment side.

"These drug treatment courts cost only 10 percent when compared to incarceration. So we can take two non-violent addicts out of jail, and put 20 people into treatment court and help them be all that God created them to be. We have to help these people who are addicted, and it’s both law enforcement and treatment," he said.

This year's governor's race is wide open. Democratic incumbent Steve Bullock is term limited after serving two terms, so it's an open seat, which raises the stakes higher than normal.

Other topics covered during Thursday night’s debate included how the candidates plan to cut state spending without shifting the tax burden to local towns and cities. The GOP hopefuls were also asked about their ideas on helping economic development in Montana, and how they plan to keep health care affordable in Montana.

All three spoke about the need for more transparency on the part of the major drug companies to keep the cost of prescription drugs as low as possible.

Thursday night’s debate was broadcast on radio across the state on the Montana News Network and was televised locally in Billings on Community 7.

Yellowstone County Republicans also streamed the debate live on their Facebook page. You can watch the entire debate here .

As for the three Democrats vying for their party’s nomination for governor, Lt. Gov. Mike Cooney, Missoula businesswoman Whitney Williams and House Minority Leader Casey Schreiner will be in town Feb.12 to debate at MSU-Billings.