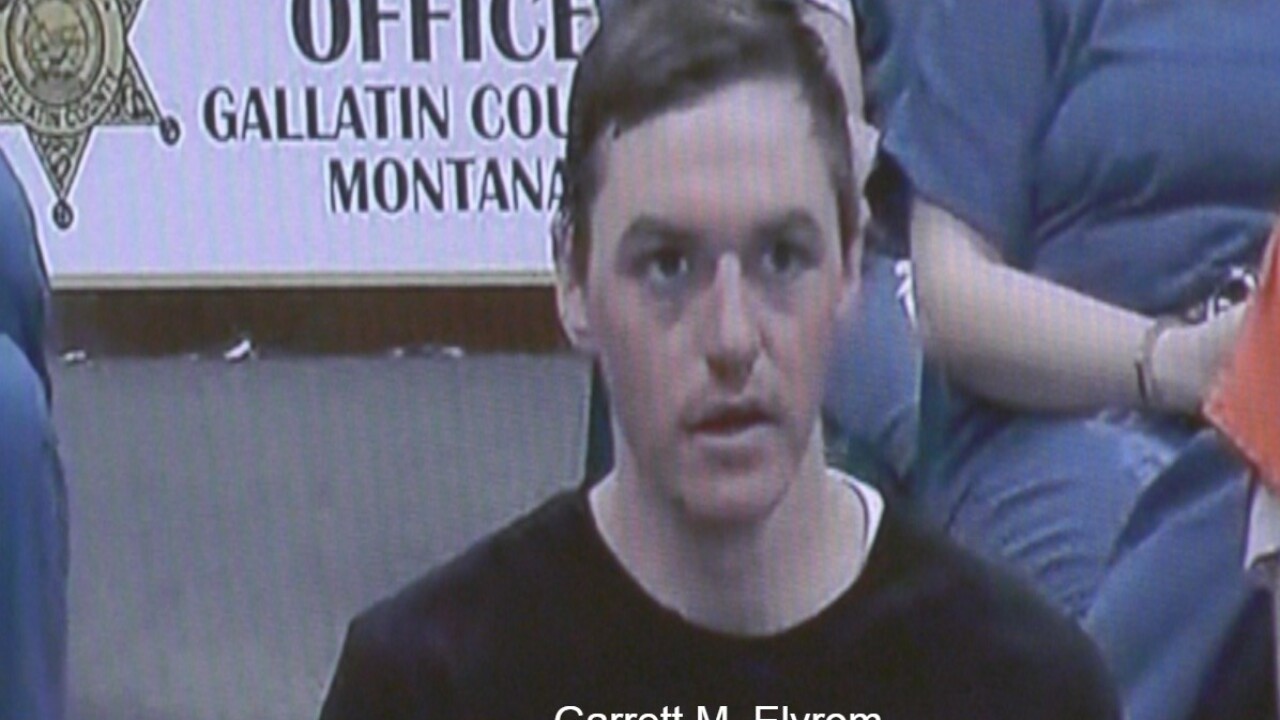 A Bozeman man accused of robbing a hotel on Monday morning was arrested after reportedly returning to the scene of the crime.

Garrett M. Elvrom, 28, appeared in Gallatin County Justice Court on Monday and faces a $75,000 bail. Elvrom is charged with robbery and felony possession of dangerous drugs.

According to charging documents, Bozeman Police Officers responded to a report of a robbery at the Best Western on No. 7th in Bozeman at approximately 1:36 a.m.

The desk clerk reported that a white man in his mid 20s, wearing a gray sweatshirt, baggy jeans used a phone in the lobby, then demanded money otherwise he would shoot the clerk in the face.

The clerk told an officer that the man, later identified as Elvrom, did not brandish a gun, but had a bulge in one of his pockets.

The clerk reportedly gave Elvrom $330 from the register - $115 in single-dollar bills, $105 in five-dollar bills, a $10 bill and $100 in twenty-dollar bills. The clerk told the officer that Elvrom warned him if the cops were called that he would come back and shoot him in the face. The suspect then fled eastbound on foot on No. 7th.

At approximately 2:45 a.m a 911 call stated that the suspect had returned to the hotel and had been placed in handcuffs by security. Elvrom was reportedly belligerent and uncooperative and was wearing clothing that matched the original description from the clerk.

When transported to the detention facility, Elvrom reportedly told an officer: “I know what I did was wrong, but at the same time I was following orders.” A jeweler bag with a white powdery substance was also found on Elvrom, which tested positive with a presumptive cocaine test.